The Timeless Beauty of Chinese Furniture

H ow can one best honour a furniture tradition that has remained relevant from the 16th century to this day both in China and abroad, and one that has had such a great influence on our modern way of living? The term Chinese classical furniture conjures up images of minimalist and austere forms in beautifully grained and precious hardwoods, and it is their simplicity that has intrigued 20th and 21st designers. From the Bauhaus movement to Scandinavian interior design, the far-reaching influence of classic Chinese furniture is well-documented. By combining functionality with elegance, simplicity and perfect proportions Chinese craftsmen have created a timeless style.

The classic furniture designs represented in this collection are generally attributed to the ingenuity of 16th century craftsmen, who indeed created innovative joinery techniques and fully explored the aesthetic potential of hardwood furniture. Their skill is evident in their ability to develop well-established forms into newer, more sophisticated and ultimately more beautiful designs. An example of this is Lot 106 in this sale, an elegant side table, which represents a classic form derived from the Song dynasty (960-1279), such as the table painted on the scroll attributed to the artist Liu Songnian (1174-1124), in the National Palace Museum, Taipei (accession no. K2A000104N000000000PAA). The upturned ends at the sides of the top, and vertical moulding on the legs gives the table a fresher and more elegant look. The beautiful pair of armchairs, Lot 107, with their thick C-shaped splat and wide seats, derive their proportions and symmetrical lines from chairs used by Buddhist monks from as early as the Tang dynasty (618-907). A Song dynasty copy of a scroll painting by the Tang artist Yan Liben (?-673), depicts a monk, seated on a rootwood armchair with continuous armrests, but the headrest extending outwards. Preserved in the National Palace Museum, Taipei, it is published on the Museum’s website, accession no. K2A000975N000000000PAB. 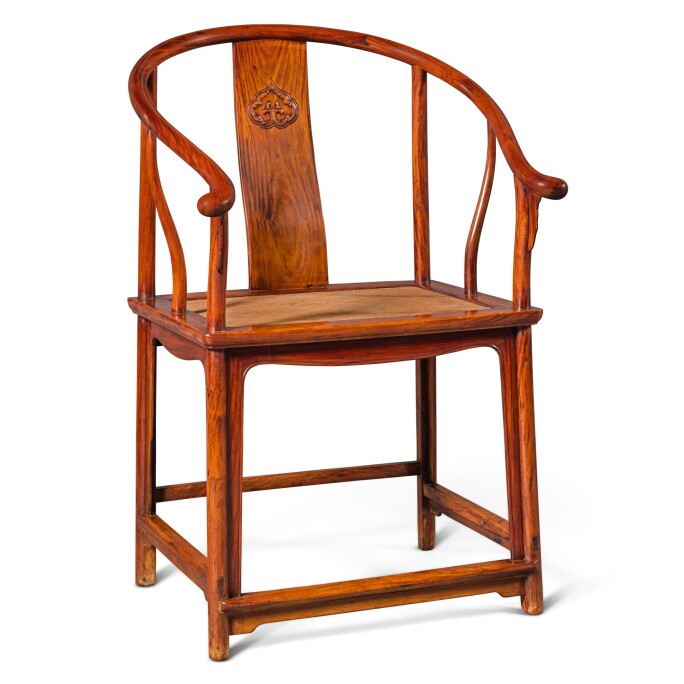 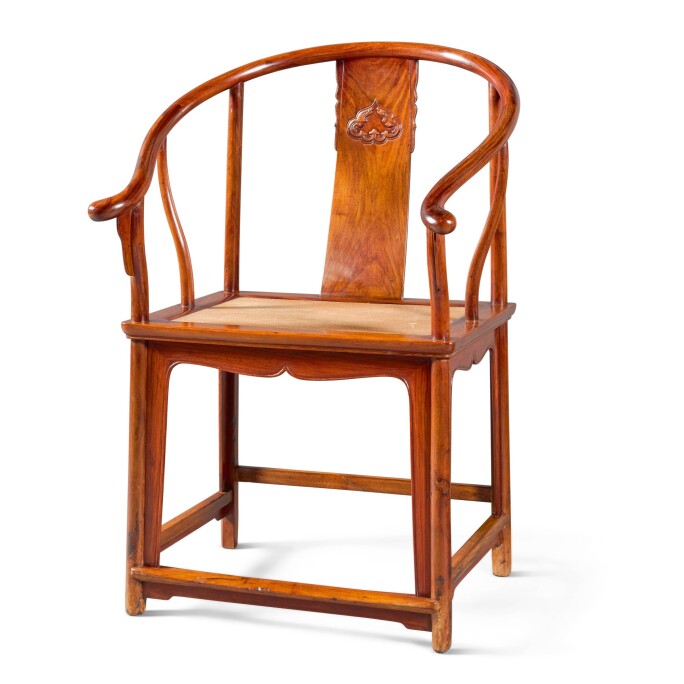 While the form and construction of classic furniture designs mirror Chinese traditional architecture, Chinese craftsmen often looked for inspiration at bamboo furniture, which had been admired for centuries for its functionality, lightweight and attractive rounded forms. In their strive to recreate these qualities, hardwood craftsmen created some of the most popular and long-lasting furniture designs. The round back and arms of the two armchairs in this sale, Lot 101 and 102, were inspired by bamboo chairs made with pliable lengths of bamboo bent into a U-shape. This design was probably the most influential in 21st century Europe, as it inspired the iconic Chinese Chair by the Danish designer Hans J. Wergen. The influence of bamboo furniture is also evident on Lot 108, 109 and 110 in this sale. Lot 108 was made with round members and ‘wrap-around’ stretchers, in Chinese ‘guotui’, that imitate bamboo tables, while both Lot 109 and 110 have spindle backs and aprons in the form of shaped panels, features that created stability in the bamboo version but are solely decorative in hardwood. A bamboo armchair related in form to Lot 110, is depicted in an anonymous hanging scroll in the National Palace Museum, Taipei (accession no. K2A000856N000000000PAA). 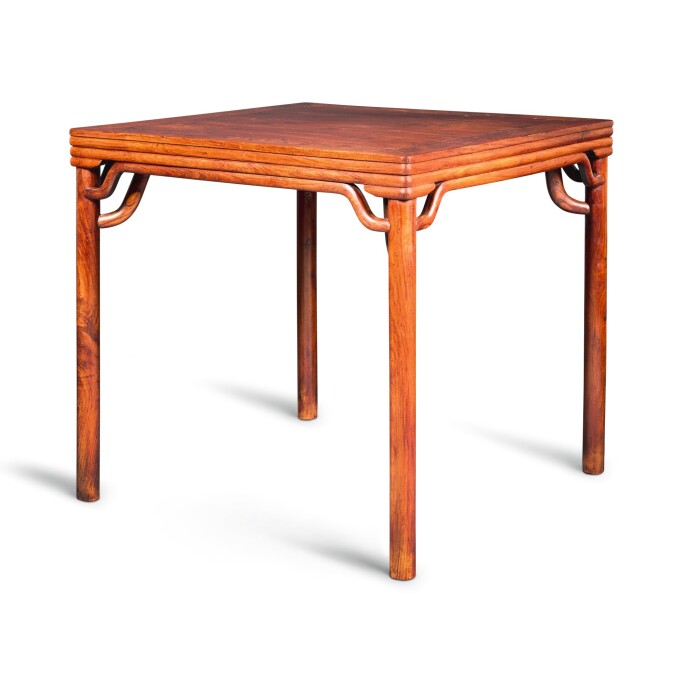 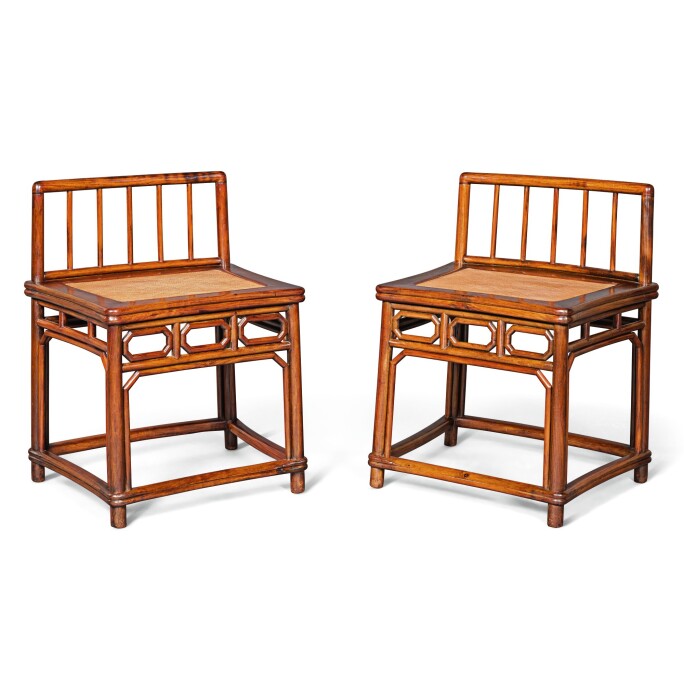 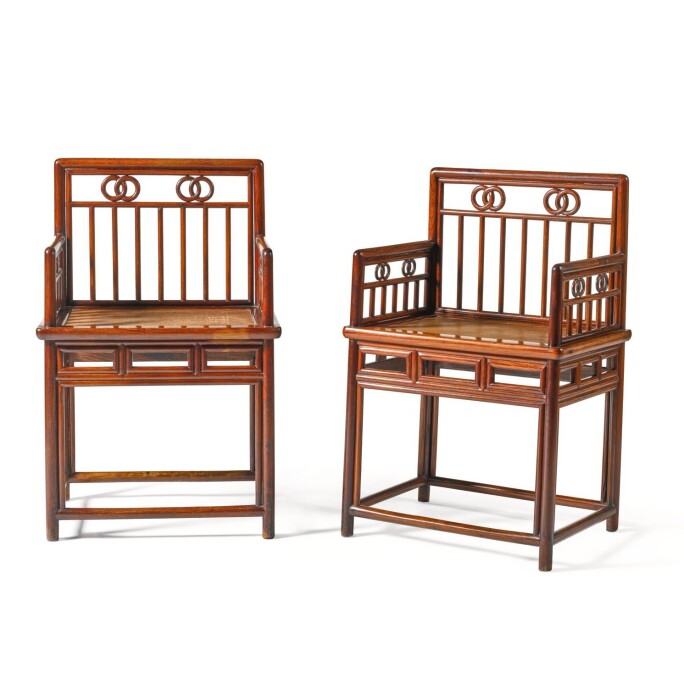 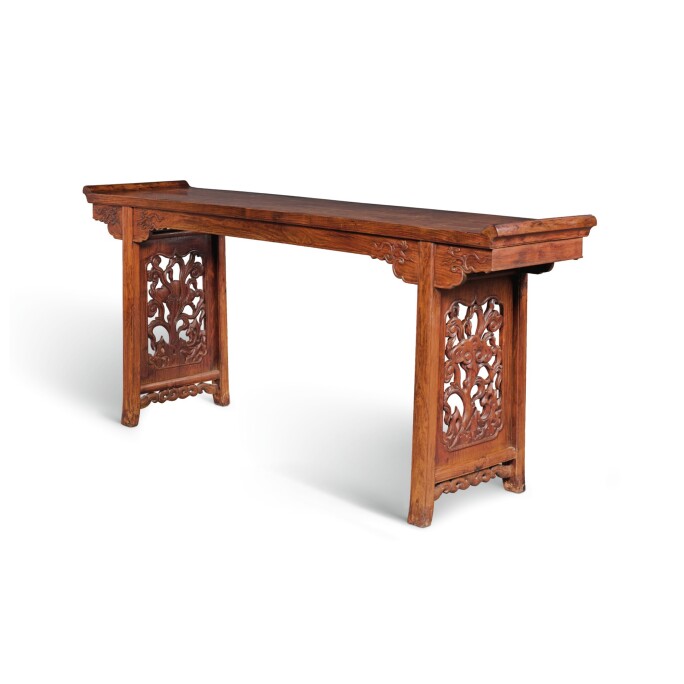 The study and appreciation of Chinese classical furniture reached a peak in Europe and the United States in the 1980’s and 90’s, when the richness and sophistication of this tradition began to be understood. It is in this period that major publications on this subject appeared in the West and museums began to acquire and exhibit Chinese furniture. Keen collectors travelled to China, Hong Kong and South East Asia, where they were often guided by local furniture dealers. The collection offered in the Important Chinese Art sale on November 4th represents the second part of the very successful sale ‘Classical Furniture from a European Private Collection’, offered in London on 11 November 2015. It was formed by a private European collector with a keen interest in Asian art, who frequently visited South East Asia via Hong Kong in the late 1980’s and early 1990’s. During his trips, he was advised by one of the forefathers of the modern Chinese furniture world, Hei Hung Lu, and was able to build a significant collection of predominantly huanghuali furniture of the late Ming period. Hei Hung Lu founded a famous gallery in Hong Kong in 1949, and advised some of the best-known Western collectors of Asian Art, such as Robert H. Ellsworth. This collection was displayed in the collector’s private museum and family home. His daughter reminisces ‘Year after year Father would return to Hong Kong, visit the Hei family and acquire a table, a bed or a cabinet....and gradually we had to do without our wardrobes or bookcases to create space for something less utilitarian but definitely aesthetically more pleasing’. 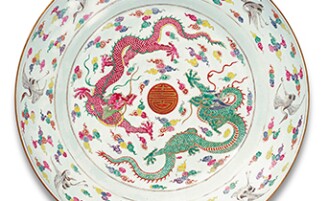