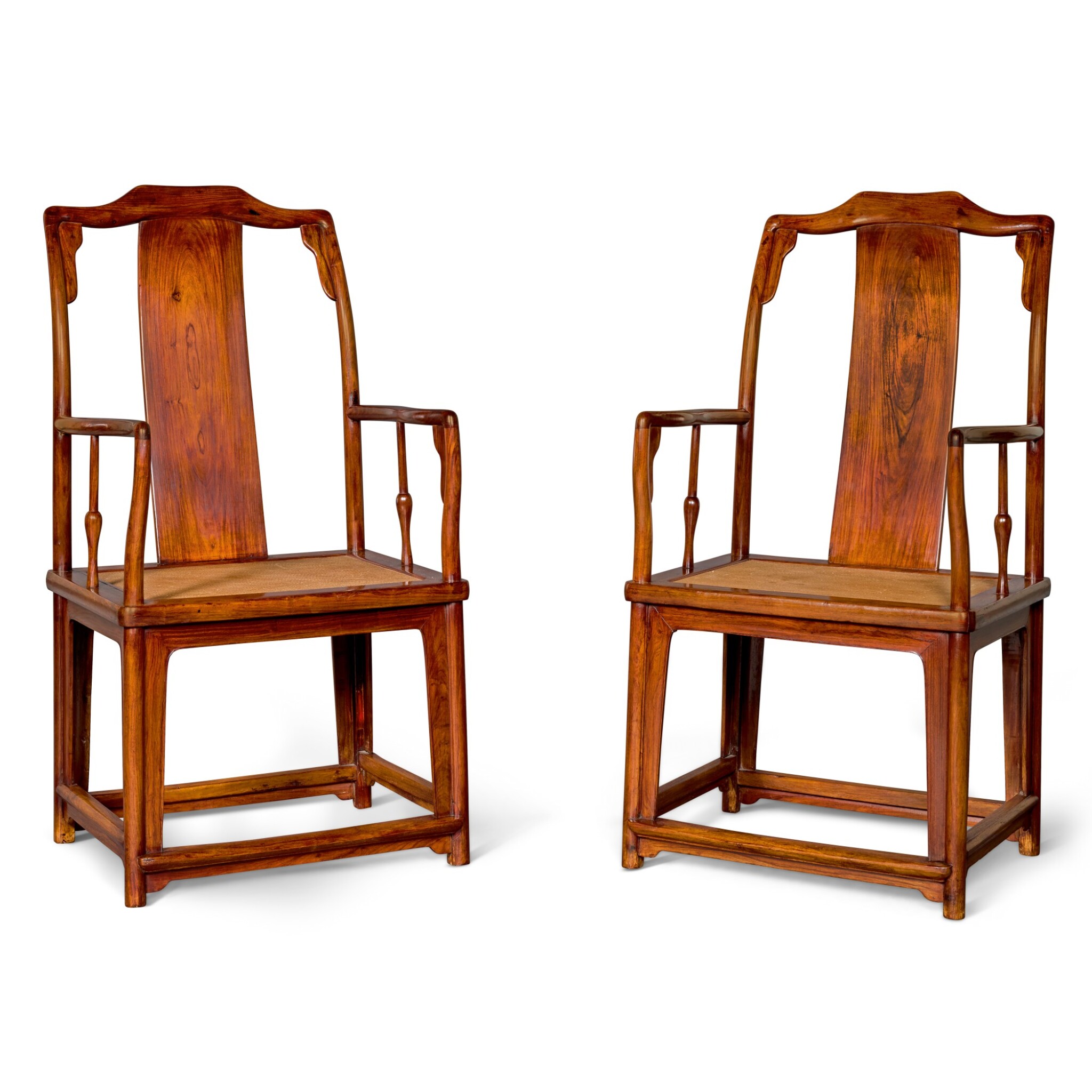 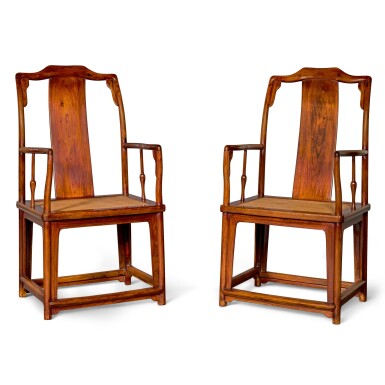 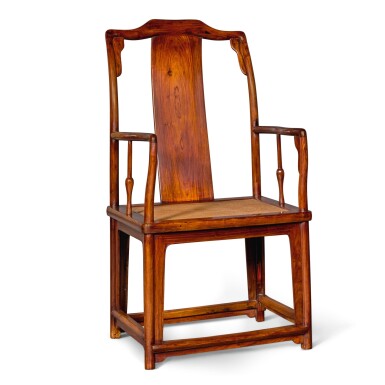 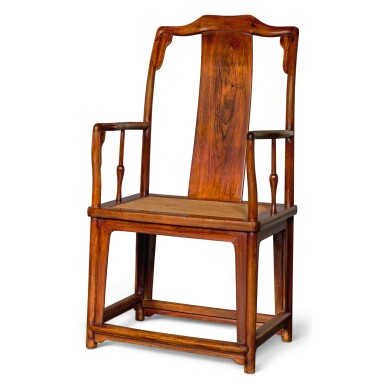 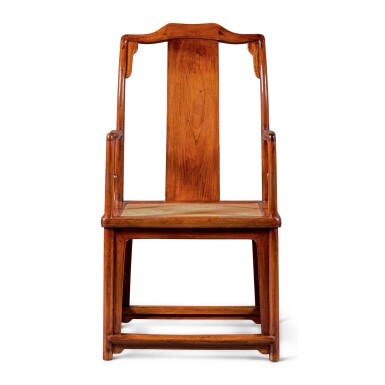 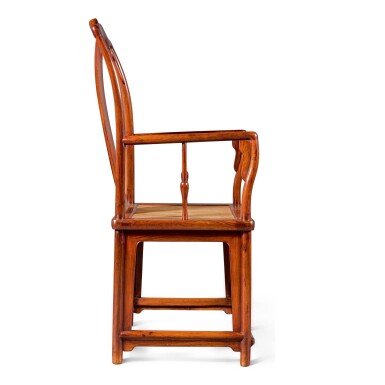 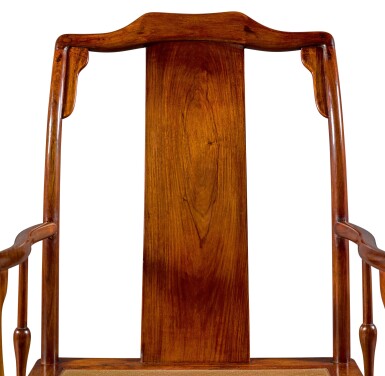 each chair with an elegantly arched yokeback toprail supported by shaped spandrels and curving down to join the gently sloping rear posts continuing through the frame to form the back legs, with a well-figured wide splat tenoned to the underside of the yoke and into the back rail of the seat frame, the arms supported on baluster-form centre stiles, the rectangular seat frame enclosing a mat seat, the edge moulded and tapering inwards, the legs joined by a plain beaded apron, the side and back stretchers of ascending height

One chair has damage and patching to the top of both uprights where they join the top rail, a patch to the right side front foot rest, multiple small patches to the top of the front posts and front corners of the seat and to the lower section of the legs; the other chairs has pegs to the front corner of the seat; the seats and trimming strips have been replaced on both chairs.

This lot contains endangered species. Sotheby's recommends that buyers check with their own government regarding any importation requirements prior to placing a bid. For example, US regulations restrict or prohibit the import of certain items to protect wildlife conservation. Please note that Sotheby's will not assist buyers with the shipment of this lot to the US. A buyer's inability to export or import these lots cannot justify a delay in payment or sale cancellation. 此編號含有瀕臨絕種物料。蘇富比建議買家在投標之前，先理解有關地方政府的入口限制。如美國為保護野生動物而對有關材質所實行的出入口規條及限制。蘇富比將不會協助此編號運往美國的運輸。買家無權因為未能得到出入口許可而取消拍賣及延遲付款。

Elegant lines and generous yet balanced proportions characterize this magnificent pair of armchairs. Their round members and wide C-shaped back splats create a subtle, undulating movement that is completed in with minimal details such as shaped flanged and spindle-form stiles. The rich, lustrous honey-toned huanghuali of the back splats with matching grain pattern demonstrates that these two chairs were conceived and made as a true pair.

Chairs of this specific form are known as nanguanmaoyi, or ‘southern-official hat chairs’, and belong to a category of yokeback armchairs that were very popular in the Ming period. Nanguanmaoyi are characterised by the unbroken line from top and side rails to arms and legs, a feature that was made possible through the ingenious right-angle ‘pipe joint’. These comfortable and elegant chairs are somewhat less formal than guanmaoyi (‘official hat chairs') with protruding arms and crest rails, which were reserved for the master of the household and high-ranking guests. Nevertheless, the tall C-shaped splat of these chairs, would have forced its occupant to sit upright, thus endowing him with a sense of power and dignity.

This particular variation with continuous back and arm rails was first developed in the Ming dynasty, possibly inspired by bamboo chair construction, where pliable lengths of bamboo were bent and bound together with natural fibres. Robert D. Jacobsen and Nicholas Grindley in Classical Chinese Furniture in the Minneapolis Institute of Arts, Minneapolis, 1999, pl. 9, cite two speckled bamboo chairs with continuous top and arm rails, illustrated in the Wanli period Kunqu opera Tale of the Jade Hairpin.

A similar chair is illustrated in Robert H. Ellsworth, Chinese Furniture, New York, 1970, pl. 6. Compare also with a pair of continuous yokeback armchairs from the collection of Dr S.Y. Yip, sold in our Hong Kong rooms, 7th October 2015, lot 111. As single armchair with shaped aprons, but lacking the interior flanges, in the Minneapolis Institute of Arts, is illustrated op. cit., pl. 9;