The Lure of the Grand Tour in the 18th century

B y the 18th century, a Grand Tour to Italy had become an integral part of a British nobleman’s education. Samuel Johnson explains why, writing in 1776: ‘a man who has not been in Italy is always conscious of an inferiority, from his not having seen what it is expected a man should see’.1

There is no doubt that artists subscribed to this mantra too, for throughout the century many were lured there by the opportunity to see at first hand the Roman ruins and sculpture, the renaissance paintings and the campagna that had inspired the likes of Claude and Poussin. 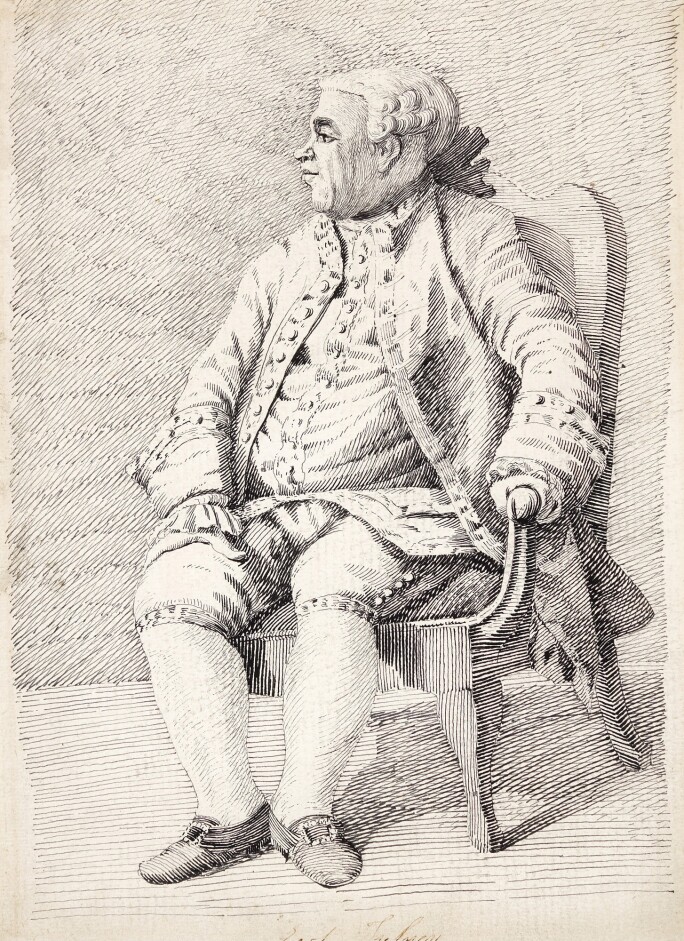 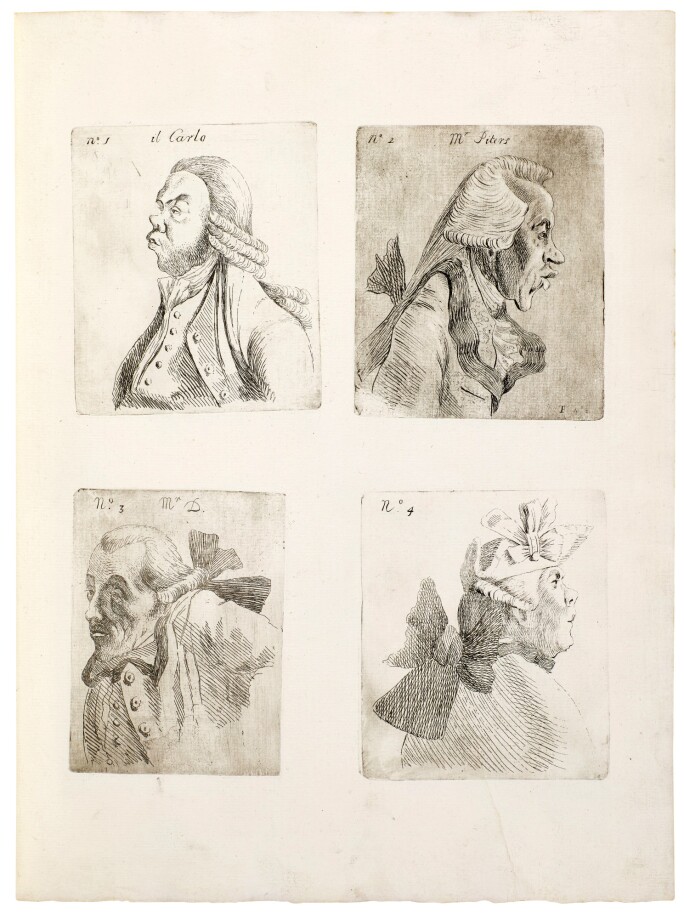 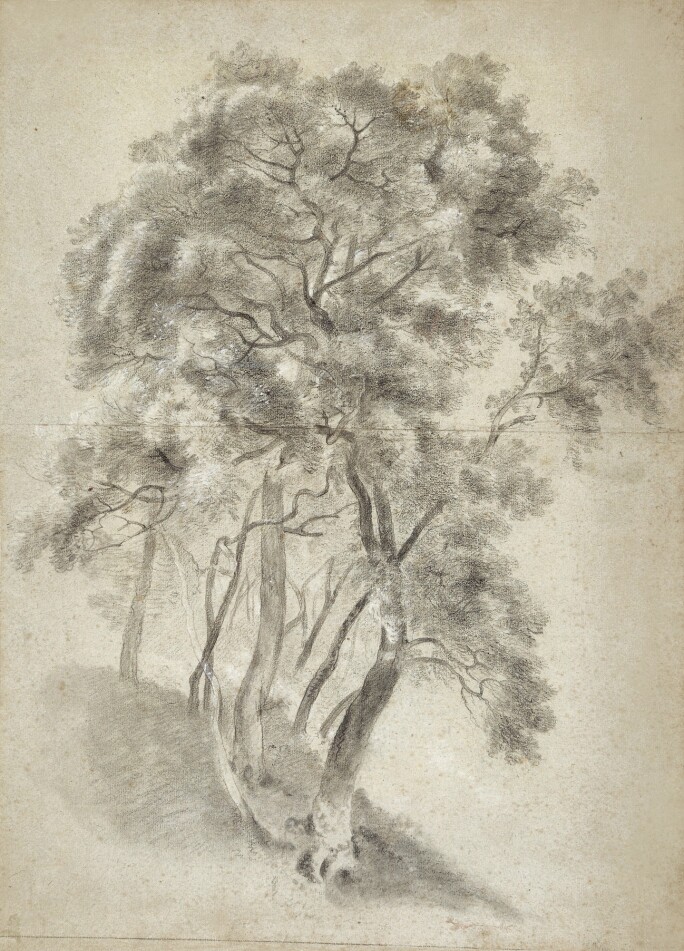 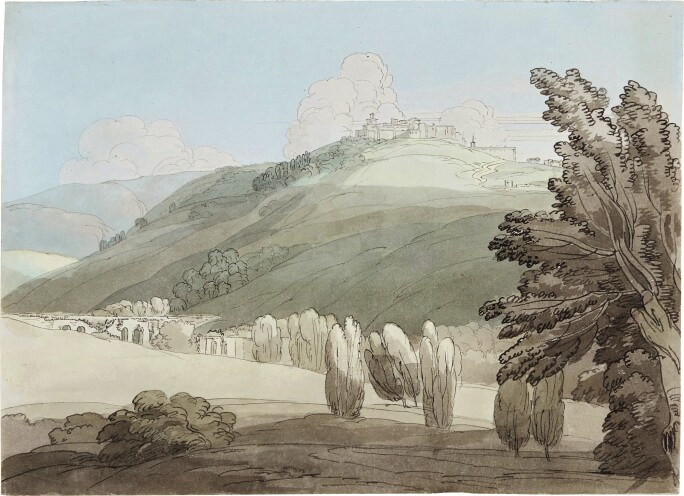 The first of this celebrated trio to arrive in Italy was Thomas Patch. He had travelled from England with Richard Dalton, George III’s librarian and was in Rome by 1747. He was to spend the next eight years embedded in the artistic life of the Eternal City. Working in the studio of the French painter Joseph Vernet, at various points he shared rooms with the future president of the Royal Academy, Joshua Reynolds, the architect Matthew Brettingham and the sculptors Joseph Wilton and Simon Vierpyl.

His time in Rome was cut short when, in 1755, he was accused of homosexuality, and was forced to flee. He moved to Florence where, apart from a trip to Venice and Pola in 1760 and a visit to Rome in 1772, he spent the rest of his life. He became close friends with the diplomat Sir Horace Mann, and when Johann Zoffany came to paint his iconic painting Tribuna (Royal Collection), he chose to show Mann and Patch deep in conversation before Titian’s Venus of Urbino (Uffizi). Patch was a versatile artist who specialised in views of Florence, and in portraying Grand Tourists in caricature. Furthermore, and unusually for his day, he also took an interest in early Italian artists, such as Giotto, Masaccio and Ghiberti, and he published engravings after their works.

He spent about eight months in Venice, where he was grateful for the support of Consul Smith (the great patron of Canaletto) and the opportunity to study Titian. Towards the end of 1751 he travelled south to Rome in the company of the collector William Locke and the painter Thomas Jenkins, with whom he lodged in the Piazza di Spagna.

Wilson quickly achieved success in Rome and he was soon in demand, both with artists and with Grand Tourists. Anton Raphael Mengs described him as a ‘superior genius’, while in 1755, Thomas Brand told Lord Strafford that Wilson was ‘in such repute as to be employed by many of the Italians & I think he is really the best painter of that sort I have seen abroad.’2 Wilson was back in London by 1757, and armed with the memories of his experiences in Italy, he established himself as the leading British landscape painter of his generation.

By the time Francis Towne embarked on his Grand Tour in 1781, both Wilson and Patch were in the final years of their lives. Towne was forty-one years old when he arrived in Rome. Already an accomplished watercolourist, he appears to have travelled there on his own account. At this time, the city was particularly full of British artists and Towne made firm friends with the likes of John Downman, William Pars and John ‘Warwick’ Smith. He explored the celebrated monuments of Rome in great detail and was equally inspired by the surrounding countryside, where he painted en plein air, either alone or with friends.

In the spring of 1781, Towne made a brief trip south to Naples, where he met up with fellow-artist Thomas Jones. The pair explored the area and even had a lucky escape when they were threatened by local banditti. He was back in Rome by Easter (15 April) and spent the spring and summer conducting further sketching expeditions to the likes of Tivoli and the Alban Hills. In August, he set off for England with John ‘Warwick’ Smith, travelling through Switzerland and the mighty Alps. It was while on the Continent that Towne produced his boldest and most startling work; like so many others, Italy had fired his imagination. 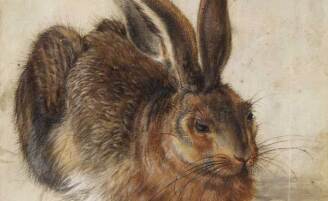 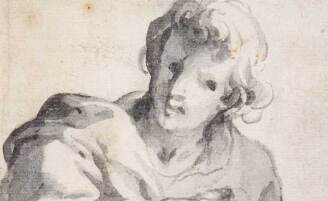