The Japanese Taste for Chinese Ceramics

C hinese ceramics have played an intrinsic part of Japan’s visual culture throughout history. They have been used in traditional tea ceremonies, Buddhist rituals, and have been passed down through generations as treasured heirlooms since the Kamakura period (circa 1185-1333). Over time, a distinct collecting taste for Chinese art developed, influenced by Japanese aesthetics and social changes, such as the Meiji Restoration, which shifted owners from looking at Chinese ceramics merely as functional wares to fine works of art in their own right. This September, Sotheby’s will offer a select group of Chinese art from an important Japanese private collection, which reflects the discerning and unique taste of Japanese collections of Chinese art, both old and new.

Masterfully and calligraphically executed with carved or painted designs in a subdued palette of blacks, browns and cream, Cizhou wares rank amongst the most recognizable of Song dynasty ceramics. Among the most popular subjects were motifs from flora and fauna relating to contemporaneous literati painting. The minimalistic beauty inherent in Cizhou wares aligns closely with the Japanese wabi-sabi aesthetic, centered on the appreciation of transience and imperfection. Wabi-sabi is also intimately connected with the philosophic principles of Zen Buddhism and the tradition of the tea ceremony.

To this day, the refined and understated aesthetic of the Song dynasty is treasured in Japanese collections, as exemplified by ceramics from other Song period kilns. 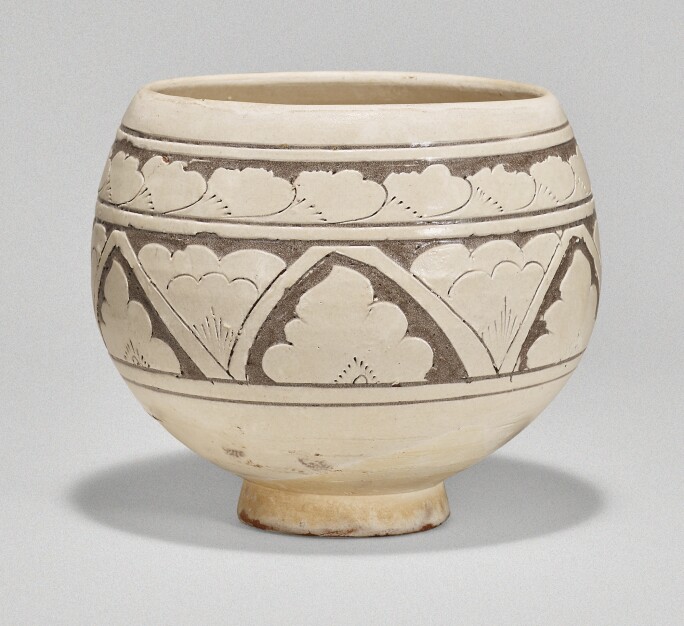 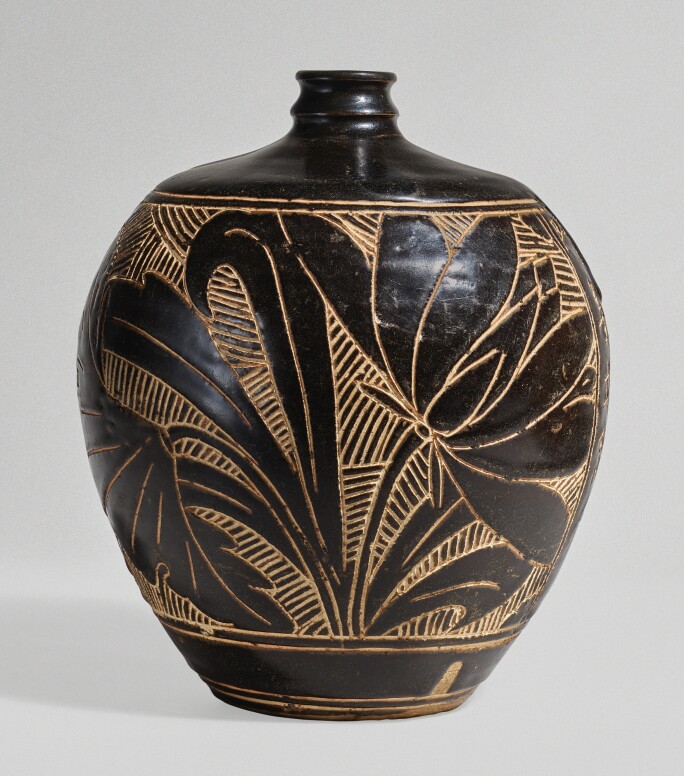 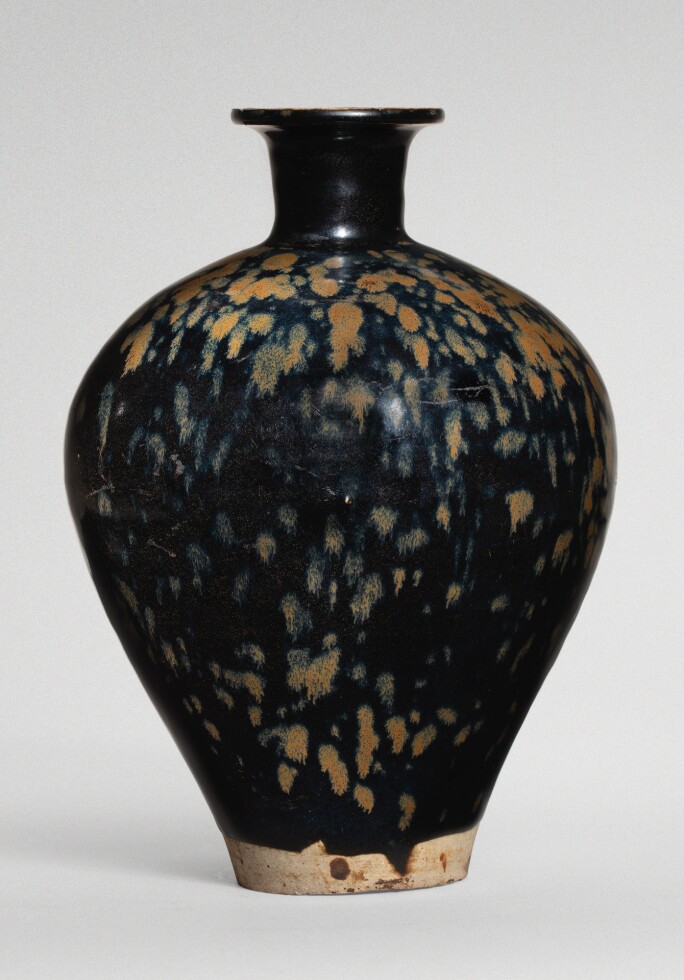 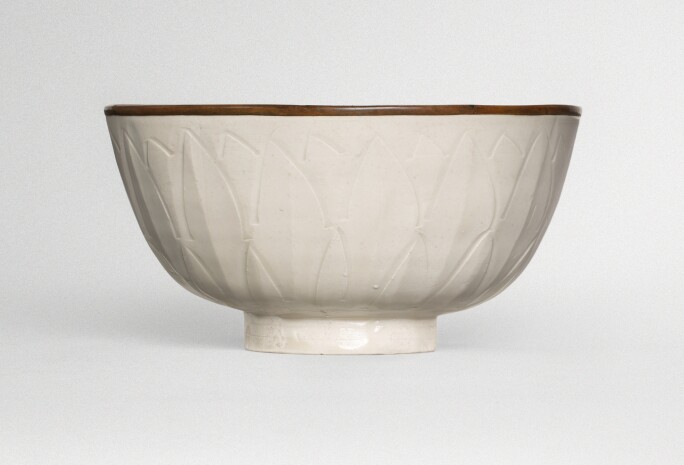 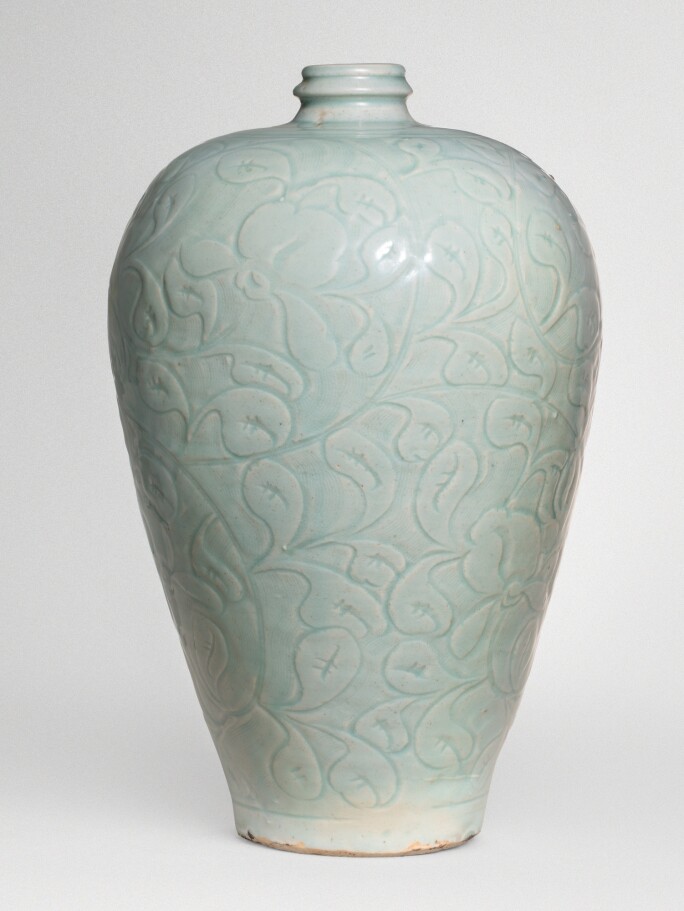 This mid-15th century vase is characterized by its freely sketched vegetation, dramatic ‘draperies’ of convoluted clouds, and agitated movement of hair and clothing, with fluttering ribbons, hems and sleeves, suggesting a wind-blown location – an idiosyncratic style that is peculiar to this period and not found earlier or later. The three short early Ming reigns of Zhengtong, Jingtai, and Tianshun, from 1436 to 1464, had long been omitted in the history of Chinese ceramics. Since the period was politically tumultuous, and no verifiable pieces with imperial marks from these reigns are known, this period came to be known in Chinese as the ‘blank’ or ‘dark period’ (kongbaiqi, heianqi) and in the West, the ‘Interregnum’. Excavations at the imperial kiln site of Zhushan in Jingdezhen have now provided tangible evidence of an imperial production of porcelains during these reigns.

The free painting manner seen on many interregnum pieces such as this vase, as well as many shapes and designs, revive styles popular during the preceding Yuan dynasty (1279-1368), with scenes from popular stories and plays. Seemingly the first – and for a long time the only – specialist to interest himself in porcelains such as this was the Japanese scholar Kushi Takushin. Perhaps owing to their free painting style and unique subject matter, porcelains from this period and the late Ming dynasty are treasured and found across a number of Japanese collections of Chinese ceramics. 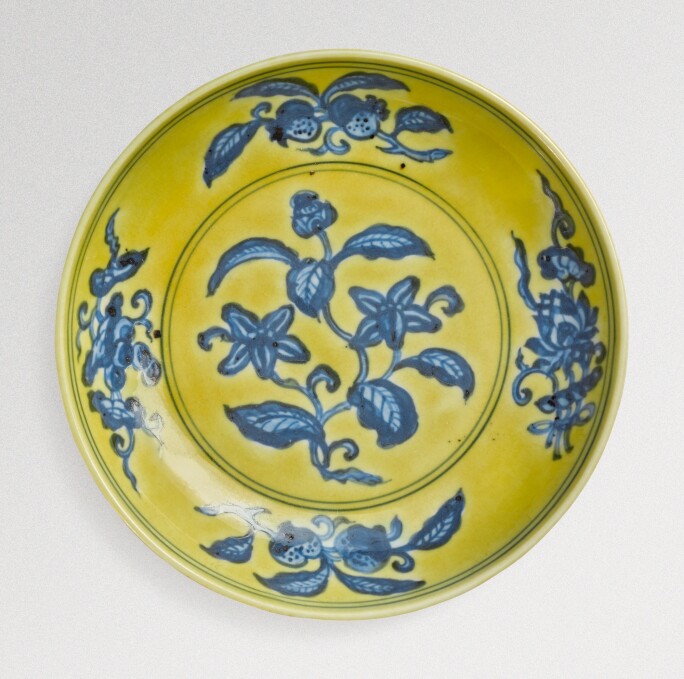 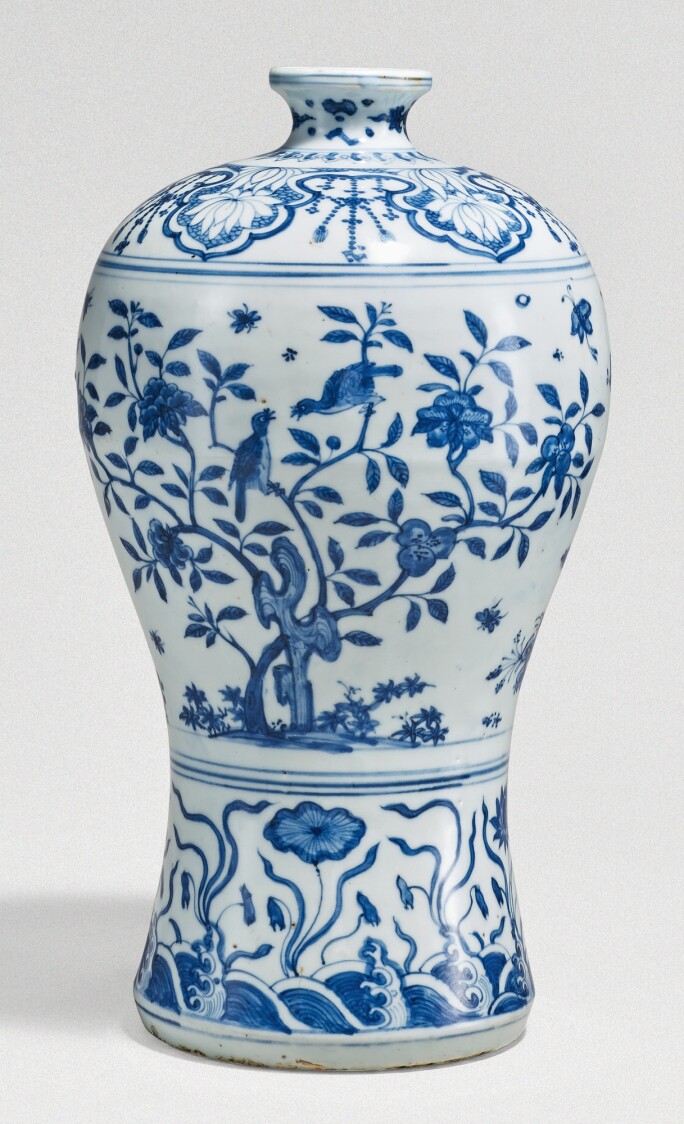 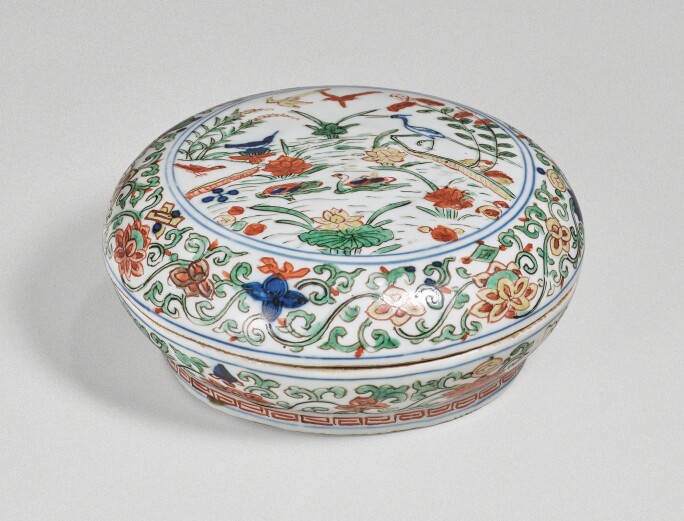 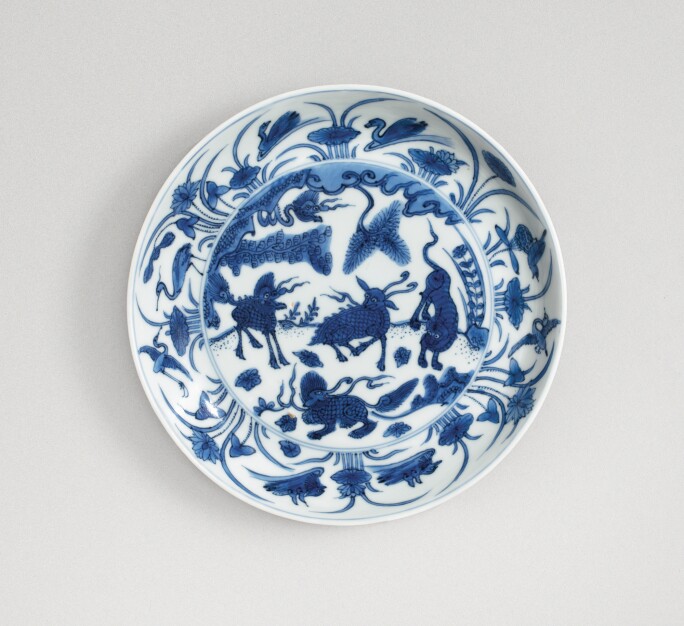 Along with Cizhou wares, Ming dynasty kinrande is a category of Chinese ceramics particularly beloved by the Japanese. The two styles could be said to represent aesthetic extremes, but their beauty and tactility are equally striking. Kinrande is perhaps one of the most opulent porcelain styles. Translating to ‘gold brocade’, the term originated from the word kinran, a colorful textile delicately woven with gold or silver threads, mostly used for theatrical costumes, obi sashes and ceremonial Buddhist robes. As kinran was closely associated with luxurious decoration, the term was easily lent to the Jiajing period (1522-1566) porcelains with gold-leaf applied over a monochromatic ground, which resembled the sumptuous brocades.

When this dazzlingly novel and sumptuous porcelain arrived in Japan, it immediately appealed to the ornate taste of the Edo period (1603-1868). The emerging merchant class had developed an affinity for the decorative use of gold due to its association with nobility, and avidly collected kinrande porcelain for luxury display and social entertaining. Japan thus became the largest market for kinrande porcelain and it is therefore unsurprising that the greatest number of extant kinrande pieces is preserved in Japanese collections, where they are treasured as heirlooms. Outside Japan, kinrande was also popular, particularly in baroque-era Europe, where, enhanced with precious metal mounts, the porcelain was highly treasured in Kunstkammer collections.

Throughout Japan’s long history and to this day, Chinese art has been treasured and passed down through generations. This is perhaps most evidenced by the meticulous way in which works of art are stored in customized paulownia wood boxes, with particularly important pieces placed in tailored lacquer boxes secured with a uniquely patterned braid (sanada himo). This has allowed many Chinese ceramics to be preserved through the ages in Japan, a country prone to natural disasters like earthquakes and typhoons. The reverence for tradition and preservation can perhaps be summed up in a phrase one Japanese collector stamps on each of his paulownia boxes:
"集散常規 願頒同好"
This translates to, “It’s the way of the world that collections come and go. So, I wish for my collections to be handed on to someone who loves them.” 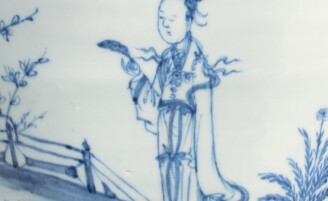 Past Auction
A Noble Pursuit: Important Chinese and Korean Art from a Japanese Private Collection
11 September 2019 | 10:00 AM EDT | New York

This article contains excerpts from essays by Ryoichi Hirano and Regina Krahl.