"In an old house in Paris that was covered in vines, lived twelve little girls in two straight lines..."

S o begins each story in the Madeline series, a revered collection of children's books from Austrian-born American writer and illustrator Ludwig Bemelmans. The smallest of the girls, Bemelmans writes, "was Madeline." 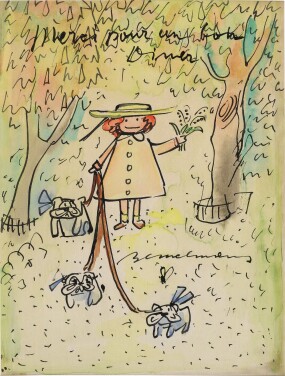 The character of Madeline, a fearless little girl growing up in a Catholic boarding school in Paris, was first introduced to the world in 1939. That year, the 44-page book was published via Simon and Schuster, New York, to much acclaim. Young readers near and far were enchanted by Madeline's adventures, and the window the books offered into Parisian life.

Bemelmans's inspiration for Madeline came from stories his mother, Franciska, told him of growing up in a convent. The author looked to his own experiences in crafting the narration, as well; as a teenager, Bemelmans was involved in an altercation at his uncle's hotel in Germany, resulting in him being sent to a reform school in America, as punishment. (Bemelmans provided details on this incident to The New York Times in 1941, if you care to learn the story from the man himself). 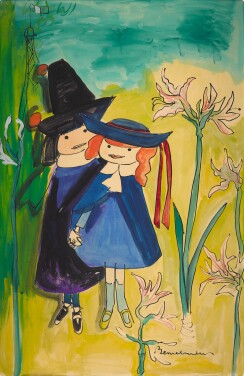 Today, eighty years after its initial publication, the world of Madeline continues to enchant readers, young and old alike – and these illustrations mark where the story all began. 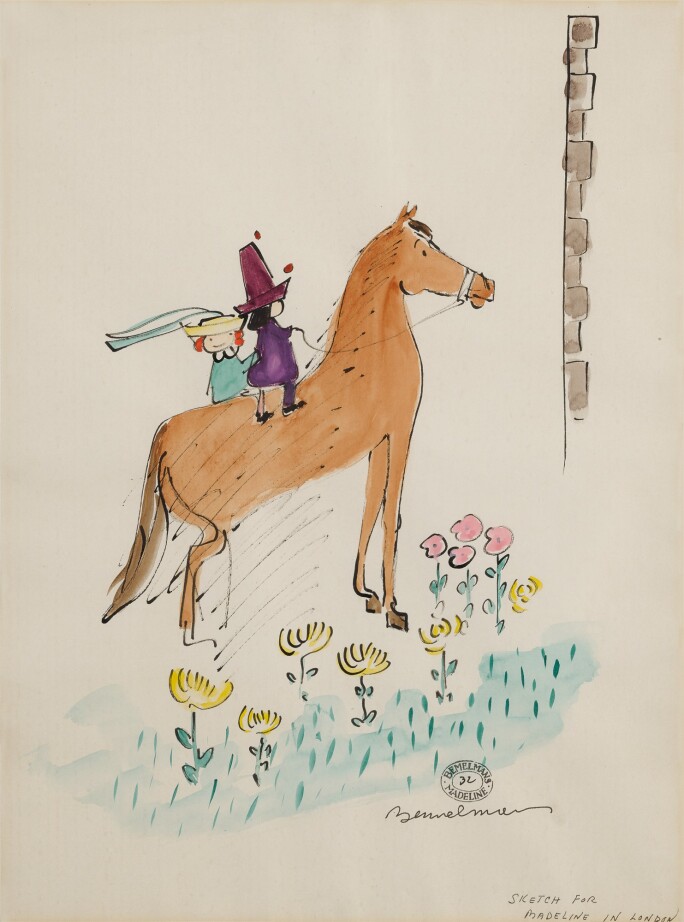 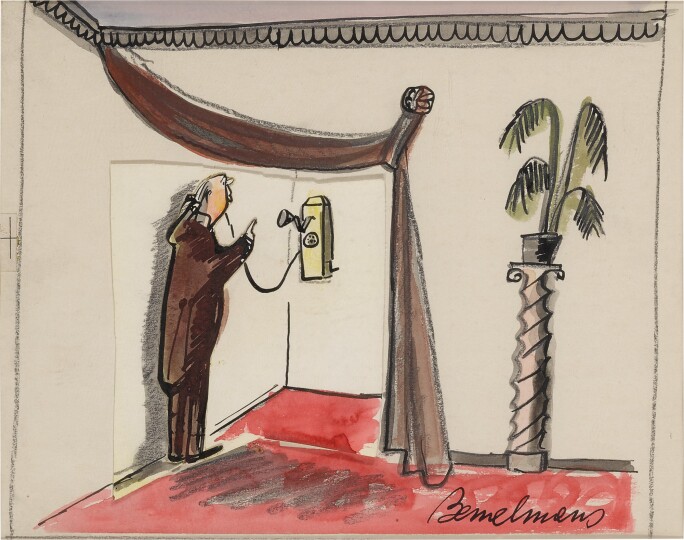 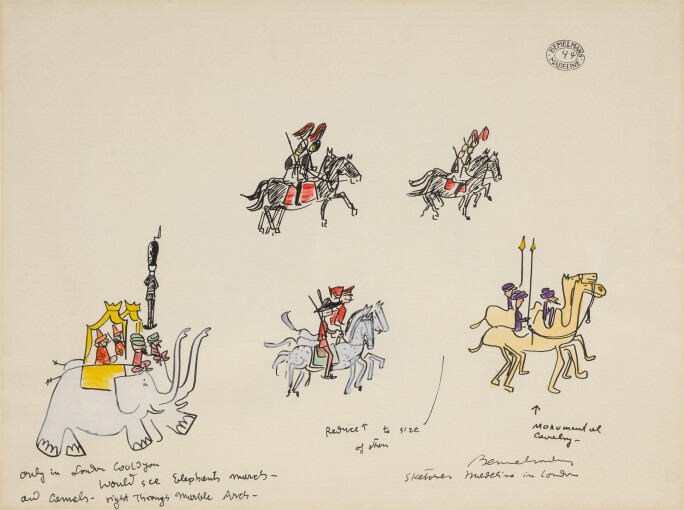 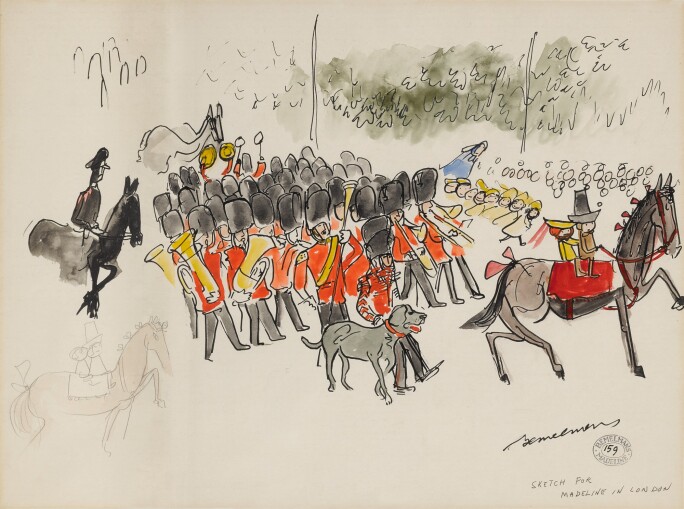 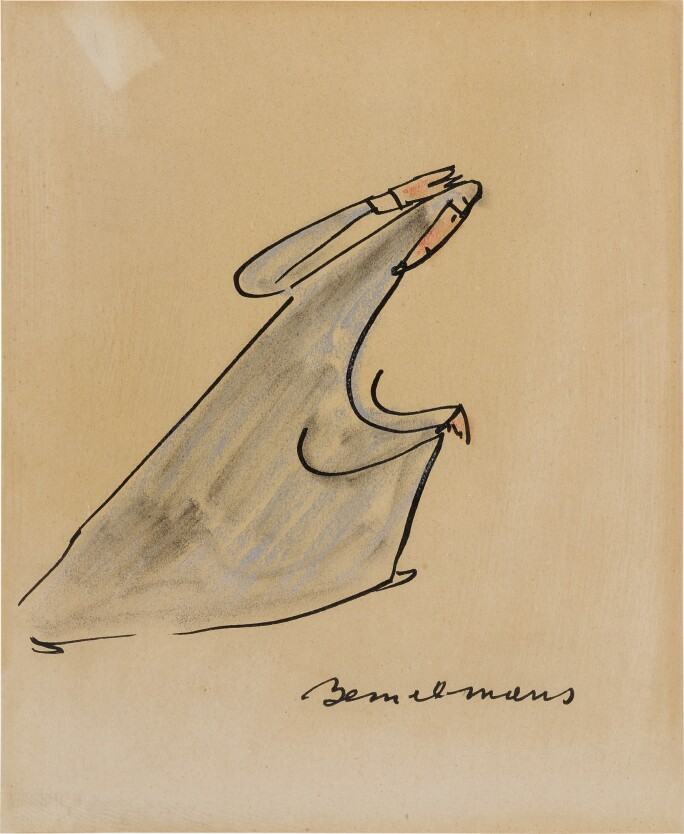 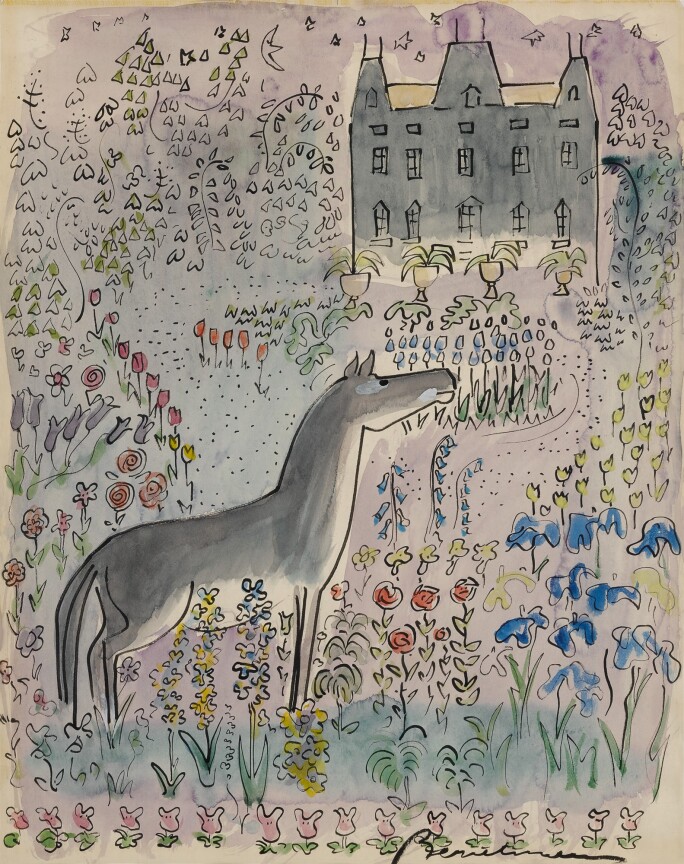 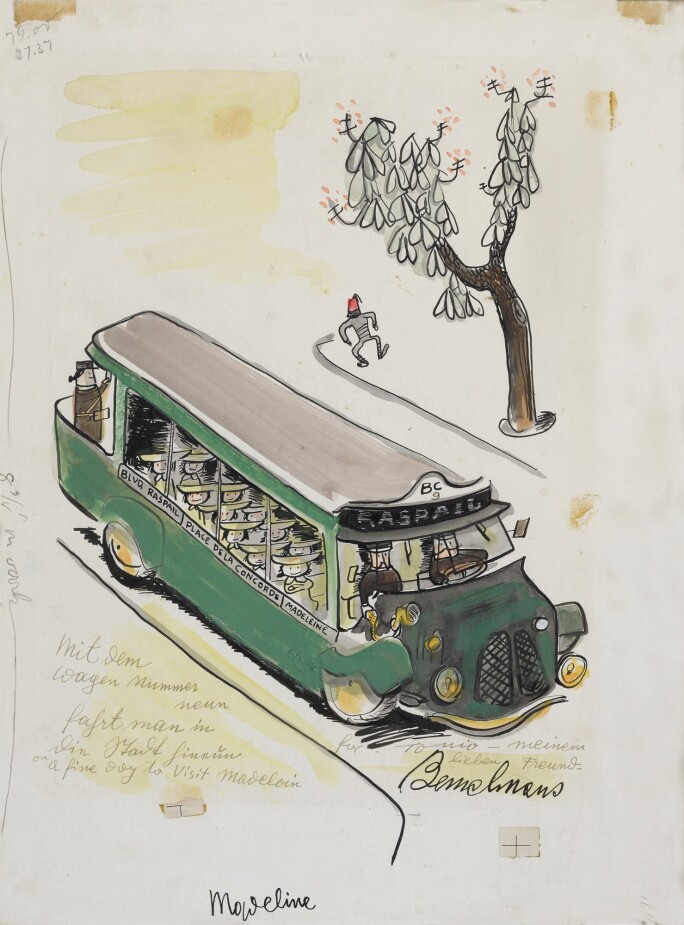 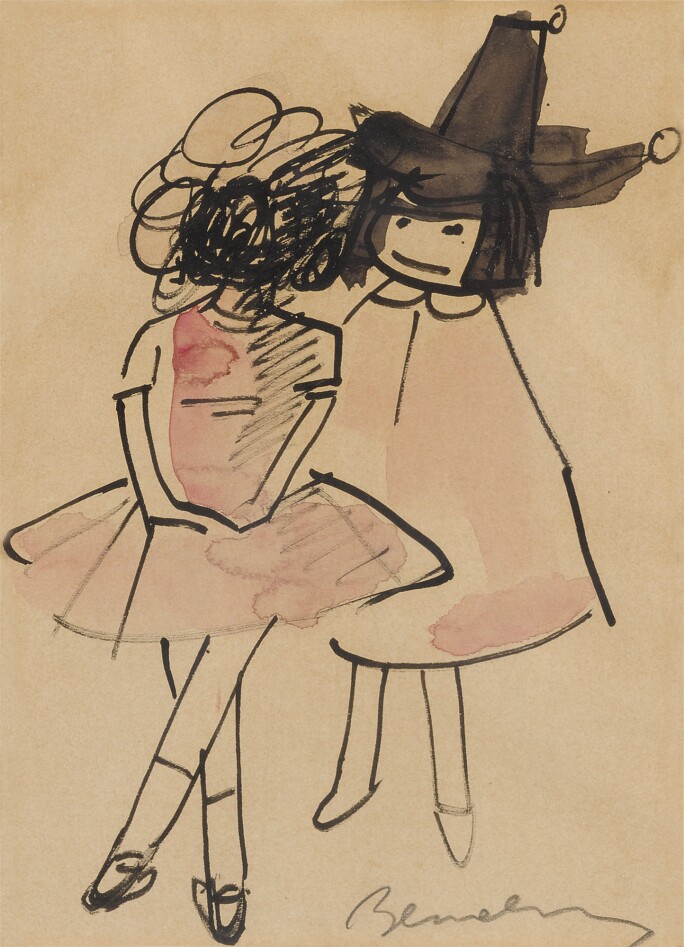 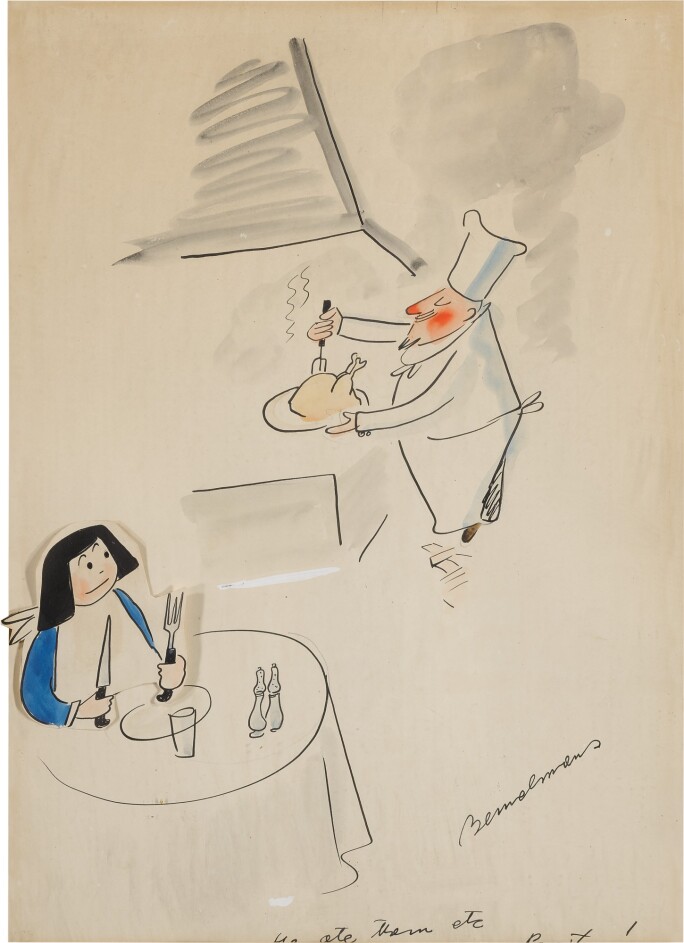 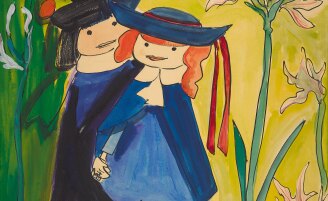