The Art of Fashion: A Date with Dior

By Anna Sansom
Fashion house Dior is at the heart of two exhibitions in the US. Dior: From Paris to the World at the Denver Art Museum explores its different designers including Yves Saint Laurent, John Galliano and Maria Grazia Chiuri, while Fabulous Fashion: From Dior’s New Look to Now at the Philadelphia Museum of Art surveys seven decades of style.

I n Philadelphia, the exhibition begins with fashions dating from 1947 – the year Christian Dior introduced his revolutionary "New Look," as dubbed by Harpers Bazaar editor-in-chief Carmel Snow, from which the exhibition takes it name. In addition to these iconic early works, Adrian's 1947 velvet "winged victory" gown among them, a 2013 shift dress by American painter Ellsworth Kelly and Francisco Costa of Calvin Klein showcases fashion’s close relationship with art.

The Denver show includes artistic influences as well, notably a 2017 haute couture dress by Maria Grazia Chiuri inspired by Man Ray. “You see how a designer can transform an artist’s idea with fabric and embroidery to the point where if you didn’t know the source of inspiration, you wouldn’t understand the complexity,” says Florence Müller, the show's curator. 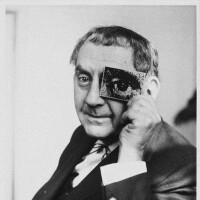 Designed by renowned architect Shohei Shigematsu, who also fashioned the Metropolitan Museum of Art's 2015 Costume Institute blockbuster, Manus x Machina: Fashion in the Age of Technology, the innovative exhibition will be arranged in thematic sections that chart the couture house's global legacy. A dramatic visual display will also reveals the Dior atelier – the heart of the house where Dior's dream of making women more beautiful came to life.