By Sotheby's
S otheby’s Watches Weekly: Rolex, Patek Philippe & Audemars Piguet sale, which is open for bidding until 6 May, focuses on an impressive selection of watches by these celebrated manufacturers as well as elegant pieces from Cartier, Chopard and Corum showcased alongside Audemars Piguet Royal Oak’s and perpetual calendars from Vacheron Constantin. Sotheby’s watches expert John Chan highlights his personal favorites, and the singular aesthetics and fascinating history behind these watches.

For many watch collectors, Rolex is king. Among the brand’s many coveted models, the Daytona is the king of kings. It’s an undeniable icon and consistently one of the most sought-after watches. Much of the Daytona’s allure can be traced to its illustrious history, starting in the 1960s when the Daytona debuted to the Paul Newman series, and then to the first automatic Daytona with a Zenith movement. The Daytona Zenith reference 16520 has interesting attributes that make it highly unusual, such as the suspended logo and the word “cosmograph” set lower. It is perhaps one of the most influential wristwatches in the world today.

Rolex is probably best known for its diving watches. The emergence and subsequent progression of scuba diving during the '60s and '70s called for precision timepieces that could tolerate the stresses of prolonged deep water submersion. Introduced in 1967, the Sea-Dweller was manufactured as an evolution of the Submariner reference 5513. The reference 1665 diving watch was specifically engineered to sustain extreme depth for extended periods of time, capable of handling water resistance to 610 meters (2000 feet). The patented helium escape valve, first used on this reference, allows for accumulated helium to escape the watch without reducing its water resistance. Collectors will notice that the type for “Sea-Dweller” and “Submariner 2000” on the dial are highlighted in red, an attribute only available for a few short years. Furthermore, the MK IV dial of the reference 1665 has an interesting round back feature with the case number engraved inside.

The Oyster Perpetual Day-Date holds a significant place in Rolex’s history and may be the most well-known model in the Oyster collection. The Rolex Day-Date became known as “the president’s watch” having been worn during the 1960’s by U.S. President Lyndon B. Johnson as well as other prominent politicians and business leaders. Crafted of the most noble of all metals, the platinum Day-Date – with its sleek matching silvered dial, platinum case and bracelet – exemplifies the ultimate in refinement and character. 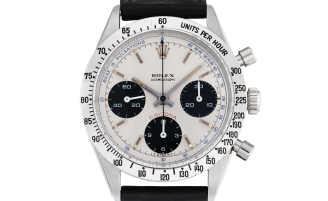 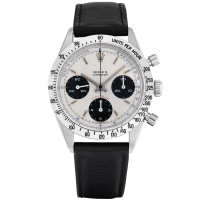 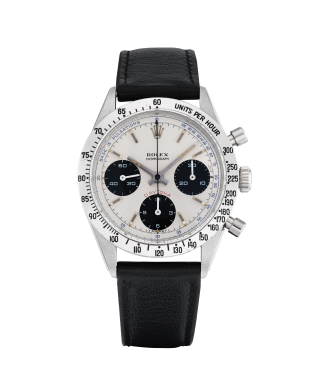 This is a watch that does not appear at auction regularly, having only being in Patek Philippe’s production from 2003 to 2008. The relatively rare reference 5136/1 is the successor of the reference 3945 but with a larger and more modern case shape, only available in yellow and white gold. Patek Philippe is famous not only for having the highest quality minute repeaters in the market, but also known for many of their perpetual calendar models. They were the first to fit a perpetual calendar function to an automatic movement. The classic look of the reference 5136 is perfectly organized to encourage the readability of the watch.

For those who love the elegant simplicity of time-only watches, without grand complications, nothing epitomizes the style of Patek Philippe more than the Calatrava: understated, refined, timeless. Known for its understated sophistication, this most famous dress watch symbolizes the very essence of a round wristwatch, and since its introduction in 1932 stands as one of the brand’s most iconic models. 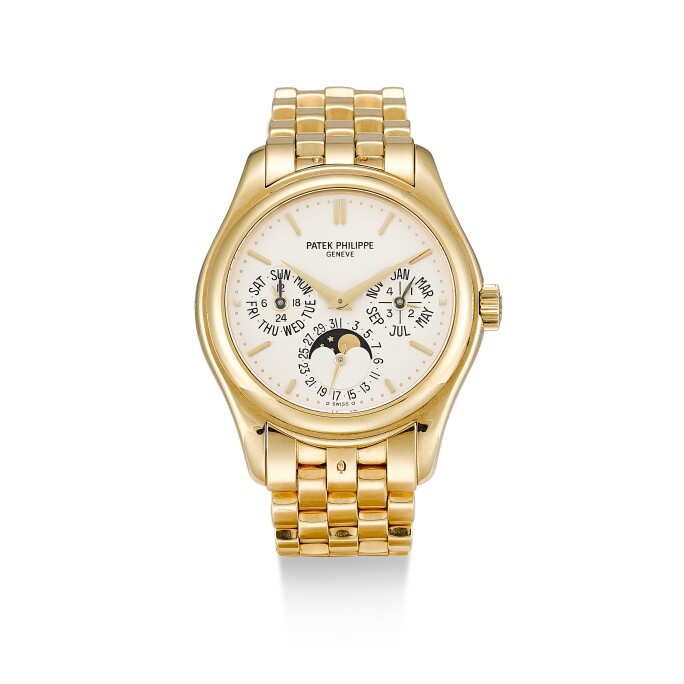 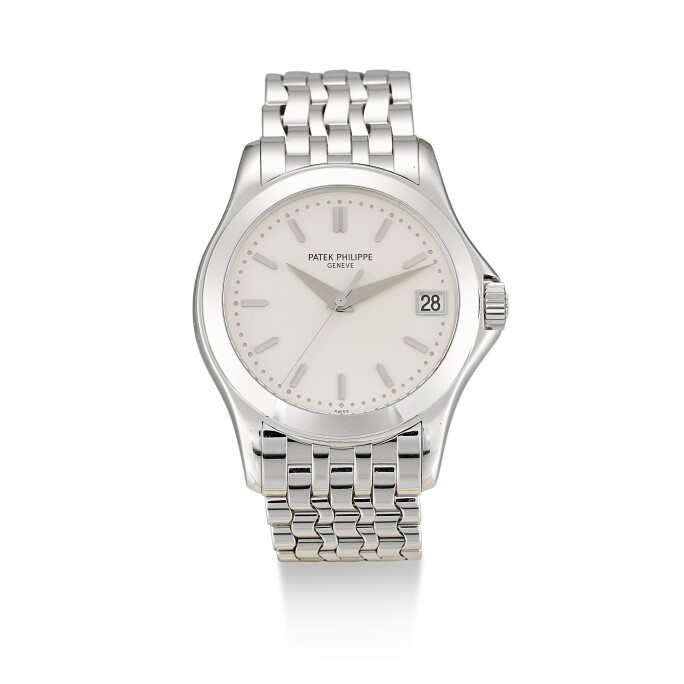 Jaeger-LeCoultre is revered for elegant, understated ingenuity, and is regarded as one of the most technically savvy watchmakers in history. With a very strong and masculine case, the Jaeger-LeCoultre Master Compressor Geographic carries all the essentials for discerning watch enthusiasts, especially for those who travel. The watch shows the world time as well as day and night indication, and the wearer can also determine the time of the day elsewhere he or she frequently travels. Surpassing all expectations, the Master Compressor Geographic watch strikes the perfect balance of effortless elegance. 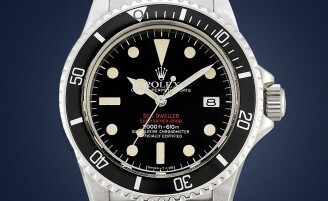