I t’s the ultimate jewellery classic: the pearl necklace, a prized symbol of femininity and an emblem of wealth and status. Its allure has remained seemingly unchanged as it has rippled its way through history, styles and ideals of womanhood from Cleopatra to Carrie Bradshaw in Sex and the City. Yet the pearl necklace’s aura of classicism and instantaneous associations with formality and grandeur has inevitably invited subversion in every generation, particularly in the 20th century. For Coco Chanel, the temptation was irresistible. She parodied the long, eye-wateringly valuable belle époque pearl necklaces she saw from afar in her youth, poignant reminders of a social elite from which she had been excluded. Breaking the rules, she piled on ropes of faux pearls with casual panache – over jersey dresses, on sleek trousers and even with beachwear. For this couturière, the pearl was a beloved absolute: pure, simple and enduringly modern.

I had the opportunity to explore the story and styles of the pearl necklace, its contradictions – it may be pristine or provocative, courtly or courtesan, modest or magnificent – in a new book out from Assouline this month, for which I wrote the preface. Centred on Kōkichi Mikimoto’s history-making invention of the cultured pearl in 1893, The Pearl Necklace focuses on the history and allure of what may be the most universally appreciated piece of jewellery. The book includes archival images as well as one-of-a-kind Mikimoto pieces. The son of a humble udon shop owner in Toba, in Shima Province (present-day Mie Prefecture), a region of Japan famous for its pearl divers, Mikimoto replicated the natural pearl-making process by manually inserting a nucleus into the fleshy oyster in its shell, thus stimulating its production of nacre (also known as mother-of-pearl) around the foreign object as a defence mechanism, forming – as luck would have it – a perfect pearl. By the 1920s, Mikimoto’s cultured pearls were sending shock waves through the international pearl market, turning the pearl-fuelled dreams of women of all classes and means into a reality. 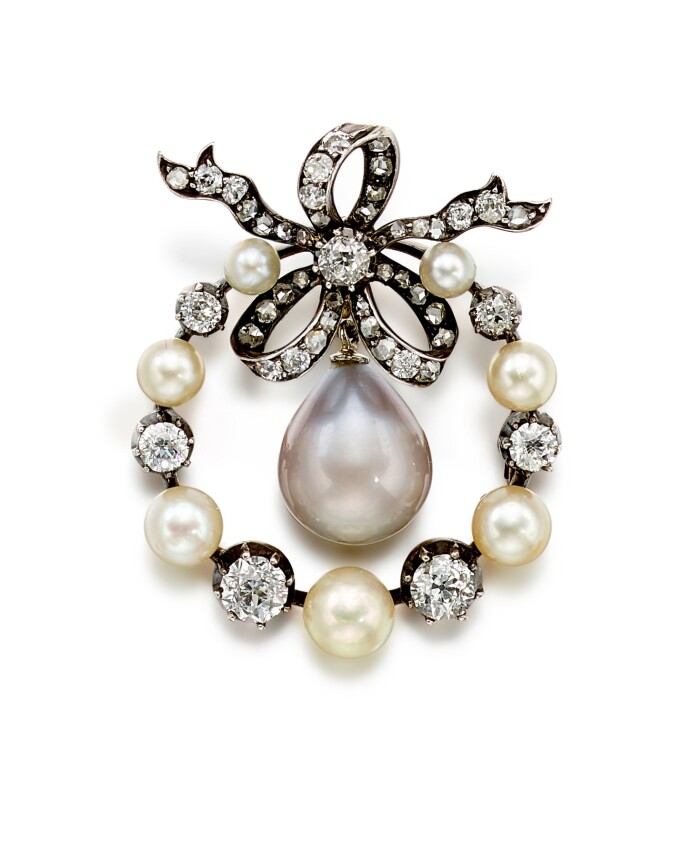 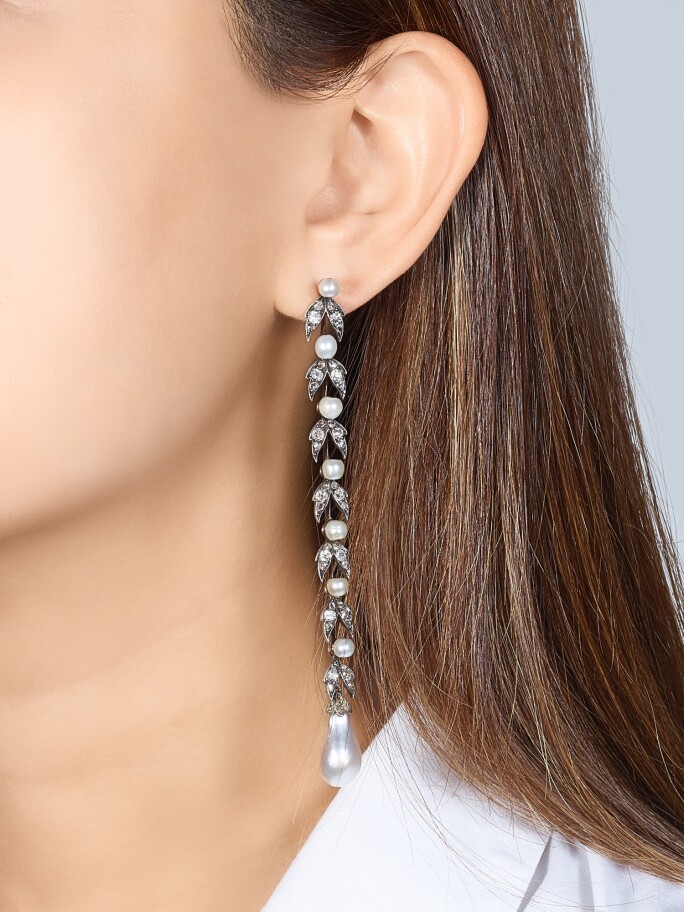 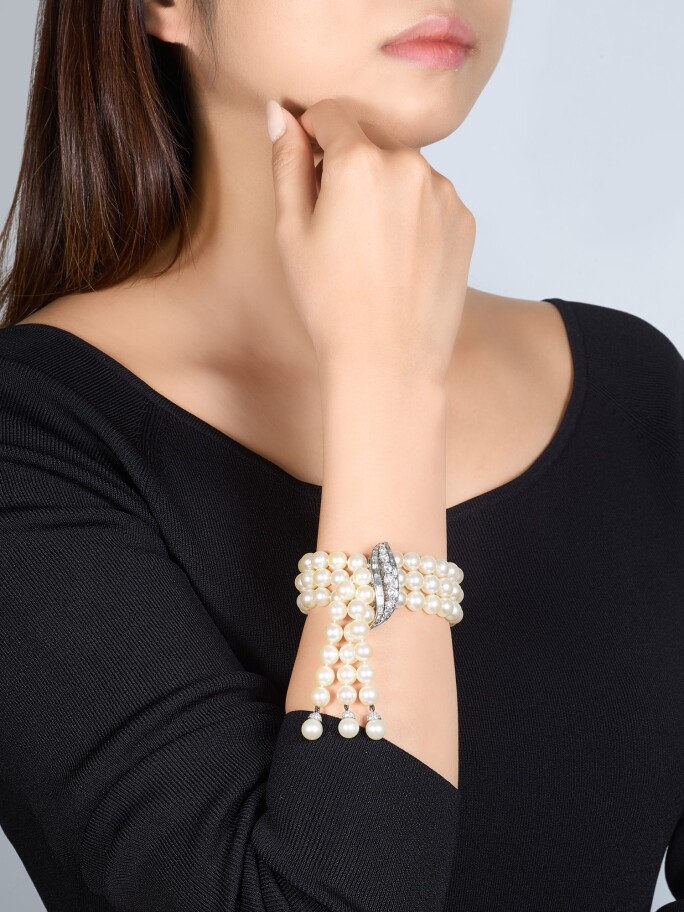 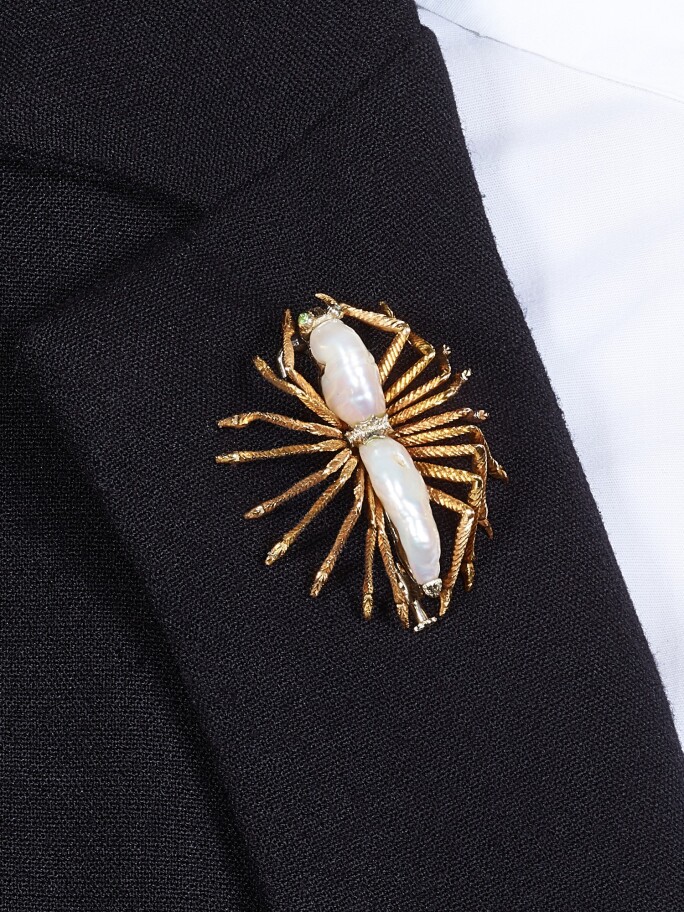 For millennia the pearl, so rare, mysterious and likely discovered by hunter-gatherers searching for food, had been revered for its other-worldly beauty and moonlight radiance. Beginning in antiquity, its value was immense. It became the prerogative and obsession of kings, queens, princes and potentates, Moguls and maharajas, as well as first ladies of style. Elizabeth I and Catherine de’ Medici, for instance, considered pearls the quintessential power jewels; Catherine the Great and Empress Eugénie, consort of France’s Napoleon III, both adored dusky black pearls; Queen Alexandra, wife of Edward VII, was famed for her pearl dog-collar chokers, which she wore to hide a childhood scar. The passion for pearls – and their prices – reached an apex during the belle époque in Europe and the Gilded Age in the US, when a fine rope of pearls was a passport into society – as indispensable, wrote gemologist Frederick Kunz, as “houses, horses and automobiles.” Need proof? In 1917, Cartier acquired its Fifth Avenue mansion in exchange for a two-strand pearl necklace and $100.

Through the 20th century, as Mikimoto’s fine cultured pearls fuelled design creativity and as pearl-bedecked maharajas seduced the style world, the pearl necklace remained a status symbol and the glamorous signature of classic beauties and movie stars including Grace Kelly, Elizabeth Taylor, Audrey Hepburn and Jackie Kennedy. During their honeymoon in Japan, Joe DiMaggio gave Marilyn Monroe a Mikimoto pearl strand; it was one of the few real jewels she owned.

In today’s relentless pursuit of exquisite rarity, taste has turned back to natural pearls. As virtually none can be found, the focus is on antique or vintage specimens, which have exceptional warmth, lustre and richness of tone. Collectors and contemporary jewellers such as JAR in Paris and Viren Bhagat in Mumbai draw on the soul and charm of natural pearls to conjure echoes of the maharajas’ jewelled treasures. Most coveted, perhaps, is the natural black pearl, a true marvel of nature that has been lusted after for centuries because of its exceptional scarceness, captivating blend of darkness and luminosity and wonderful array of shades, from gunmetal grey to bronze and pistachio. Great mid-century style leaders such as Babe Paley and jewel addicts like Barbara Hutton and Nina Dyer chose black pearls due to their understated elegance tinged with danger and drama. While natural pearls have risen dramatically in value in recent years, prices for natural black pearls have skyrocketed: Just about a year ago, the Cowdray black pearl necklace, owned by the late Lady Pearson, sold at Sotheby’s Hong Kong for a record $5.3 million. This season, on 4 October, Sotheby’s Hong Kong is offering a spectacular necklace of superb graduated black pearls threaded with diamonds and black spinels, which bring out the pearls’ glints of light and shadow. A wonderful embodiment of their classic appeal, this piece of jewellery represents just one additional chapter in the continuing saga of the perfect pearl necklace.

Vivienne Becker is a jewellery historian and contributing editor to the Financial Times’ How to Spend It. 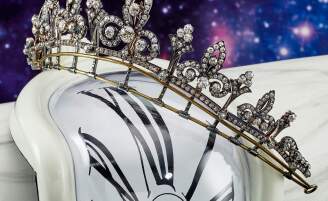