By Simon de Burton
This week, collectors, celebrities, industry insiders and watch enthusiasts from around the world gathered in Geneva for SIHH 2019, where top brands revealed their new collections. Simon de Burton shares his impressions from the dazzling week of debuts, as Sotheby's specialists visit Cartier, Richard Mille and Audemars Piguet to see their buzz-worthy new designs.

T he number of high-end watch shows taking place around the world has burgeoned during the past decade, but one still stands head and shoulders above the rest as being the most prestigious and probably the most important – despite not being the biggest.

The Salon International de la Haute Horlogerie (better known simply as SIHH), a four-day horological summit, was founded in 1991 when Cartier decided it no longer wished to be involved with the larger, less intimate Basel Watch Fair that was established in 1917. The inaugural SIHH featured only Cartier, Richemont-owned stablemates Baume & Mercier and Piaget and guest manufacturers Gerald Genta and Daniel Roth.

As Richemont acquired further watch houses – notably Vacheron Constantin, Montblanc, IWC, Panerai, Jaeger-LeCoultre and A. Lange and Söhne – the show gradually expanded before reaching a rough equilibrium of around 18 brands before growing substantially in 2016 with the introduction of the “Carre des Horlogers”, a space dedicated to smaller, independent makers deemed by SIHH organiser the Fondation de la Haute Horlogerie (FHH) to be of sufficiently high quality to join the show.

H ere is Sotheby’s selection of the top launches from 11 of the most collectable brands exhibiting at this year’s show – together with observations on their importance from members of the international watch department.

AUDEMARS PIGUET CODE 11.59
Undoubtedly the launch that most polarised opinion at this year’s show, Code 11.59 features an octagonal “middle case” inspired by the brand’s famous Royal Oak and sandwiched in a rounded, outer framework with intricately engineered, open-worked strap lugs. A complex, vertically-curved sapphire crystal secured by an ultra-thin bezel forms a dome over the lacquered dial decorated with a gold Audemars Piguet logo made using 'galvanic growth.' Code 11.59 will be available in pink or white gold with a choice of six in-house movements ranging from a simple, three-hand model to minute repeater. Prices start at Sfr25,000 and rise to Sfr295,000.

My view - Mikael Wallhagen: “The 11.59 collection has not received an entirely positive reaction, but the Royal Oak was not an immediate success when launched in 1972 and only 200 were sold in the first year - after which the model became very desirable The same thing could happen with the 11.59, especially if Audemars Piguet responds to criticism and changes the dial design, which will make these original versions collectable.”

CARTIER TONNEAU
Throughout Cartier's long history it has been famed for an ability to design watches such as the Tank, the Santos and the Panthere that have endured for decades. This year it celebrates another famous model, the Tonneau, through a series of limited edition “Collection Privé” watches aimed at horological connoisseurs. Launched in 1906, the barrel-shaped Tonneau is one of Cartier’s oldest designs and is re-interpreted this year as a simple, hand-wound, two-hand watch and as a “dual time” model with twin dials that can be individually set using independent crowns. Each model is available in pink gold or platinum and limited to 100 examples.

My view - Mikael Wallhagen: “The Tonneau has been re-interpreted many times during its long history, but not all of the various versions have become collectable. Since the new Collection Privee models are being produced in such low numbers, however, there is a good chance that they will eventually rise in value – but I think it could take at least 10 years.”

Undoubtedly the most off-the-wall launch of SIHH were the playful and colourful “his and hers” creations from avant garde brand Richard Mille called “Sweetness” (four models) and “Fruit” (six models) which have hand-painted dials inspired by boiled sweets, marshmallows and crystallised candies. Just 30 examples of each variation will be made, all costing more than Sfr 100,000 apiece.

My view - Charlie Foxhall, Sotheby's Geneva: “A complete juxtaposition from what Richard Mille usually produces - an abstract side-step that will undoubtedly find buyers when new, but which could either perform very well or very badly at auction in years to come.”

A. LANGE AND SOHNE DATOGRAPH PERPETUAL TOURBILLON
This year marks the 25th anniversary of the revival of the Glashutte’s historic A. Lange and Söhne manufacture following the re-unification of Germany – and, to mark the occasion, the high-end Saxon brand has created a series of special models highlighted by a 100-piece edition of the remarkable Datograph Perpetual Tourbillon featuring a white gold case and pink gold dial. The watch combines a flyback chronograph with a jumping date perpetual calendar and a tourbillon regulator.

My view - Charlie Foxhall. “The introduction of a pink dial is a bold step for A. Lange and Sohne, which is a very traditional brand. But Lange watches are becoming increasingly popular at auction, especially complicated pieces such as this which are produced in small numbers.”

PIAGET ALTIPLANO TOURBILLON METEORITE
Among the most famous Piaget watches from the 1960s and 70s are those with dials made from hardstone such as tiger’s eye, moonstone and lapis lazuli. This year, the brand revisits the material with a new, ultra-thin Altiplano tourbillon featuring a dial made from a sliver of blue-coloured meteorite and a white gold, diamond-set case. Just 28 will be made at £109,900 apiece.

My view - Charlie Foxhall: “Piaget has a wealth of expertise in hardstone dials and a grand heritage in watch making - with the Tourbillon meteorite, the brand is playing to its strengths at a time when its classic pieces from the 1960s and 70s are doing well at auction.”

PANERAI SUBMERSIBLE CHRONOGRAPH “GUILLAUME NERY”
Panerai has streamlined its collections into four specific “families” – Radiomir, Luminor, Submersible and the smaller-cased “Luminor Due” models – while creating a series of limited editions that will offer buyers the chance to take part in once-in-a-lifetime adventures. The 15 people who pay €38,900 for the special, titanium-cased Submersible flyback chronograph dedicated to record-breaking free diver Guillaume Nery, for example, will be able to dive alongside him off the French Polynesian island of Moorea.

My view - Charlie Foxhall: “Whoever buys this watch new will do so because they want to take part in the experience that goes with it, and that accounts for a large proportion of the price. The pre-owned Panerai market is not as strong as it was, but that could change and the very low production numbers of this edition could help it to retain its value in years to come.”

VACHERON CONSTANTIN TWIN BEAT PERPETUAL CALENDAR
Regarded by many as the most technically impressive unveiling of the show, the Twin Beat features two balance wheels and a switchable mechanism that enables the watch to be used in “active” or standby modes, the former providing a high degree of accuracy when in use, the latter enabling it to run for up to 65 days when off the wrist. Despite containing 480 components, the movement measures just 32mm in diameter. £195,000.

My view - Charlie Foxhall: “The market for pre-owned Vacheron Constantin watches currently favours buyers, but people are becoming increasingly aware of the brand’s heritage and quality and comparing it to other prestigious makes, such as Patek Philippe. If Vacheron becomes less ‘under the radar’ among collectors, complicated and innovative models such as the Twin Beat could be very sought after.”

The polished aluminium “Silver Spitfire” will be flown in rotation by the two men between as many as 30 countries and over some of the world's greatest landmarks, from the Grand Canyon in the west to Mount Fuji in the east. The £11,290 Timezoner watch dedicated to the trip automatically adjusts to the correct time zone when its engraved bezel is turned until the name of a chosen city reaches the 12 o’clock position.

My view - Leigh Zagoory, Sotheby’s New York: “The patented Timezoner mechanism on this watch demonstrates IWC’s quest for innovation – it’s a watch that people should buy to wear and enjoy and, because of its link to what could be a historic, record-breaking flight, it should make a great hand-me-down to one's children.”

GREUBEL FORSEY ART PIECE HISTORIC EDITION
Greubel Forsey is regarded by many connoisseurs as the maker of the finest watches on the market due to their unique combination of mechanical innovation and finish. The new Art Piece Historic Edition celebrates the multi-layered, three-dimensional dials which are a speciality of the brand and will be available in just 33 examples at Sfr 555,000 each.

My view - Leigh Zagoory: “The attention to detail and craftsmanship that goes into Greubel Forsey watches is very special - they are made for, and bought by, wealthy connoisseurs and appear relatively rarely at auction.”

JAEGER-LECOULTRE MASTER ULTRA THIN TOURBILLON ENAMEL
Following a few fallow years, the historic brand again demonstrated its all-round horological mastery at this year's SIHH with three new models in its high-end Master Ultra Thin line, the most impressive being the Tourbillon Enamel that combines a new and sophisticated tourbillon movement with a beautifully finished “sunray” dial finished in a deep blue hue. The watch is limited to 50 examples.

My view - Leigh Zagoory: “The blue guilloche enamel dials used on this new family of watches are absolutely beautiful. My first choice from the collection as a watch to wear would be the perpetual calendar model, but 100 of those will be produced – making the tourbillon rarer and potentially more collectable.”

MB&F HOROLOGICAL MACHINE NO. 6 – FINAL EDITION
Fearlessly futuristic independent watch house MB&F (which stands for Max Busser – its founder – and “friends”, the genius horologists with whom he collaborates) will make just eight examples of this, the $227,000 final edition of the brilliant “Horological Machine No. 6 Space Pirate” launched in 2014. The in-house movement displays the time via a pair of rotating domes showing hours and minutes, while the tourbillon – visible through one of no fewer than 10 sapphire crystals – can be concealed by an “oculus” prism. When the steel-cased final edition is completed, precisely 100 examples of the HM6 will have been made.

My view - Leigh Zagoory: “This watch is extremely futuristic - but I am someone who really loves vintage and simplicity, so it's a bit busy for me. There is no doubt that it speaks to a specific kind of personality and collector, and I am sure those eight pieces will find loving homes. How will they do at auction? Only time will tell – the market for such watches is somewhat in flux right now.”

Simon de Burton is a London-based journalist who writes about watches, cars and more for The Financial Times and other publications. 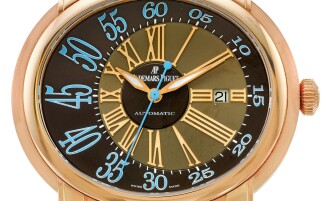 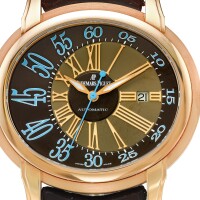 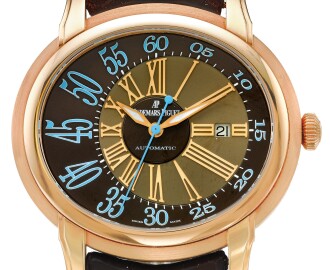 Page
How to Sell Watches with Sotheby's 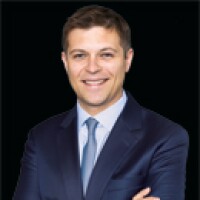 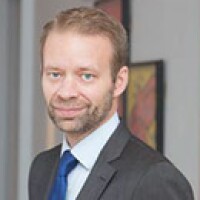 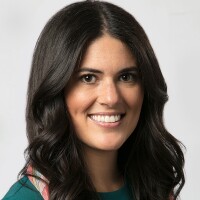 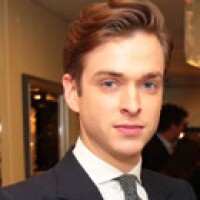