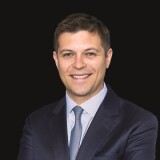 Sam Hines joined Sotheby's in January 2018 as Worldwide Head of its Watch Division. Based in Hong Kong, he leads the international team of Sotheby’s Watch specialists and work with them on the company’s flagship sales in Geneva, New York, Hong Kong and London, while continuing to advise watch collectors.

A leading authority in the field, Sam Hines brings over twenty years of experience in the auction market and the watch industry, joining the company from Phillips where he was named International Head of Watches in 2015. Previously, Sam was International Co-Head of Christie’s Watches Department and occupied executive positions in New York and in Asia.

Sam has spearheaded some of the most important watch sales of the past 10 years, including the discovery of two previously unknown pocket watches from the legendary collection of James Ward Packard which sold for a combined total of US$2.7 million in 2011. Sam was also instrumental in setting a world auction record for a wristwatch, only recently beaten, with the sale of a stainless steel Patek Philippe reference 1518 for CHF 11 million. His track record also include a pair of Singing Bird Pistols sold for US$5.8 million, the most valuable horological object ever sold in Asia, and the sale of the only known Patek Philippe Star Calibre 2000 for US$3.5 million.