Grammy-nominated DJ, producer, author and philanthropist Steve Aoki is partnering with Sotheby’s to present Contemporary Curated, a live auction on 30 September in New York. A long-time art lover and collector, Aoki also brings his passion for digital art to the fore with an NFT created in collaboration with pplpleasr, to be offered at auction. A portion of proceeds will support support the plsA0k1 Vault, an initiative established by the two artists to support the careers of emerging female NFT artists. 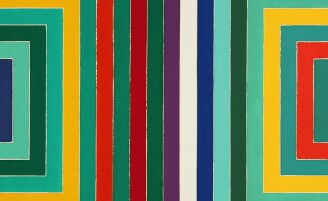 S teve Aoki became an international sensation in the early 2010s with the release of his Grammy-nominated album Wonderland in conjunction with an extreme touring schedule, which still sees him perform on average over 250 shows a year, that included stops in both major cities as well as small college towns alike. Aoki is the founder of his own music label, Dim Mak Records, which has introduced bands such as The Kills, Klaxons, and Bloc Party. His 2014 album, Neon Future I, hit the number 1 spot on the Top Dance/Electronic Albums chart and was certified Recording Industry Association of America (RIAA) Gold. In 2015, the DJ Times ranked him as the Best DJ in America. His Billboard-charting studio albums, inimitable style of electronic dance music and over-the-top performances have garnered millions of fans worldwide and have led to track collaborations with other major musical artists, including will.i.am, Kid Cudi, Linkin Park, Snoop Dogg and K-pop band BTS, among numerous others.

In 2016, Netflix premiered a documentary on Aoki, I’ll Sleep When I’m Dead, where the artist reflected on the influence his father, founder of the restaurant chain Benihana, Rocky Aoki. Aoki cites his father’s accomplishments after starting with nothing as a major inspiration of his own entrepreneurial mindset and work ethic. Despite major success in the music industry, Aoki has expanded his empire to include a clothing line, Dim Mak Collection, and in 2019 added author to his already multi-hyphenate list of occupations, releasing his memoir, Blue: The Color of Noise.

Steve Aoki at the Junction of Physical and Digital Art

With a Contemporary Art collection that now boasts more than 70 works, Aoki has a simple enough ethos when it comes to art, which is to buy whatever speaks to him. His collection began with the acquisition of 2008 Damien Hirst spin painting called Beautiful Hot Lava and Sunlight on the Beach Painting (with Snow + Tornados) and includes works by Banksy, KAWS, Titus Kaphar and Takashi Murakami among many others.

"Curating this group of NFT artists for Sotheby's has been a huge honor for me. ppleaser, Krista Kim, KYT, Raf Grassetti & NessGraphics are pioneers in the space pushing the boundaries of art & tech. Besides picking digital artists I personally look up to, I wanted to create a diverse group of perspectives and approaches as to what digital art can be. In fact, that conversation around which artists to include inspired pplpleaser and myself to use this moment as a launch pad for plsA0K1, a new collaborative vault which will specifically collect and support emerging female artists in the NFT space.”

Aoki is also a dedicated philanthropist: his charity, The Aoki Foundation, seeks to promote and support brain science and research, focusing on the eradication of degenerative brain diseases. In addition to this, the Foundation has also raised funds for causes such as disaster relief and animal rights. More recently, it was announced that Aoki will be a host of the $1 million charity box break event “Pokémon Saves the World” this October, with the proceeds of the benefit going to various charities.

Aoki has also established a strong NFT practice. He has collaborated with artists and designers such as Maciej Kuciara and Antoni Tudisco on NFT collections. Created specifically for Sotheby’s September 30th auction, Contemporary Curated, Aoki will be unveiling a new collection, created in collaboration with 3D artist pplpleasr, which will be shown alongside works by Krista Kim, Kyt, Raf Grasseti, and Ness Graphics. The funds generated by the sale of the NFTs by Aoki and pplpleasr will be placed in a virtual vault that will be used to support female emerging artists working in NFTs. Of the project, pplpleasr says, “In the same way that the crypto community embraced my work and gave me a chance to showcase it, mine and Steve’s hope is that this vault can serve a similar purpose in providing an opportunity for emerging artists.”

Aoki’s sixth studio album, Neon Future IV, was released in 2020 and features collaborations with Icona Pop, Travis Barker, and the Backstreet Boys, among others. Aoki has achieved high-profile residencies in both Las Vegas and Ibiza. Forthcoming, the date has been set for the much anticipate, first-time collaboration release between Aoki and fellow DJ Armin van Buuren. They released their track, “Music Means Love Forever,” September 17.