“T o just do an ordinary candlestick, would be an ordinary candlestick, wouldn't it?” Lynn Chadwick once observed. “So, I like to do it my way, think of a different way of approaching the subject.” Taking a different route was Chadwick’s forte. One of the most distinctive British sculptors of the 20th century, his approach to form was as much architectural as it was sculptural, a union that, appropriately, is present in his candle holders, his most domestic series of works and ones that he first designed for his own home.

The limited-edition bronze candlesticks and candelabras at Sotheby’s highlight a fascination that endured for some four decades. Chadwick designed these pieces – practical, dramatic but beautiful – from the 1950s right through to the end of his working life in the mid-1990s. The full range of candle holders produced by the Chadwick foundry during the artist’s lifetime and by the family, with his blessing, are presented at Sotheby’s.

Born in London in 1914, Chadwick trained as an architectural draughtsman during the 1930s, before serving as a pilot in the Fleet Air Arm in the Second World War (later, some of his large-scale sculptures would reflect the streamline structures of aircraft). In the 1950s, Chadwick was in-synch with the prevailing artistic moods – particularly in his fascination for geometry – but he was also very much his own man: for half a century he lived and worked at Lypiatt Park, a tumbling Tudor manor house in Gloucestershire, setting up a studio in the estate’s medieval chapel. 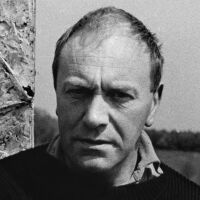 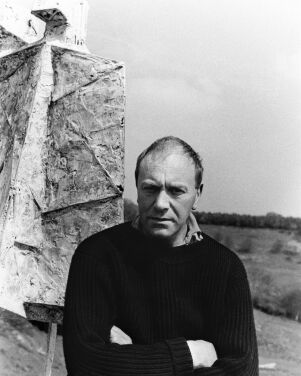 The present works, made for mantles, tables and alcoves, illustrate what set Chadwick apart from his British contemporaries, such as Henry Moore and Barbara Hepworth, figures with more amorphous aesthetics. In blending an architect’s sensibility with an artistic vision and a flair for design he mirrored the all-inclusive approach of Alvar Aalto, the Finnish maestro who created buildings, sculptures and masterpieces of household items. Chadwick also designed jewellery for members of his family and, as a fledgling sculptor, created mobiles that appeared in the windows of Liberty’s. His was a fluid talent that took various tributaries.

The editioned pieces at Sotheby’s – some on tripod-like legs, others reaching up like gripped torches – gather together many of Chadwick’s preoccupations and passions. Certainly, there is architecture – they rise in a jagged stack of planes and facades, hinged like teetering towers – but there are also aeronautical, elemental and environmental touches. They are sculptural works, functional objects, miniature constructions and references to the natural world.

The candle holders are riffs and echoes, both intriguing and playful, on the large, enigmatic sculptures for which Chadwick is best known. They are its recognisable cousins. In miniature, they emphasise how sculpture is changeable: just as his monumental works, positioned in situ in parks and cityscapes, altered to the seasons, the character of a candlestick changes with the flickering of a flame. Wind currents, the effects of movement and the power of fire were recurring features in the artist’s work.

Like Chadwick’s subtly-abstracted beasts and figures, his candle holders are cast in bronze. Likewise, their patination and texture exhibit the same deliberately rough-hewn tactile surface that characterise his monumental works. Before his death, Chadwick authorised the future casting of special editions of these pieces, to be created in his foundry using his long-term studio team. He envisaged how they could be grouped in formations – reminiscent of flights of birds and copses of trees – or stand, dramatically, alone. 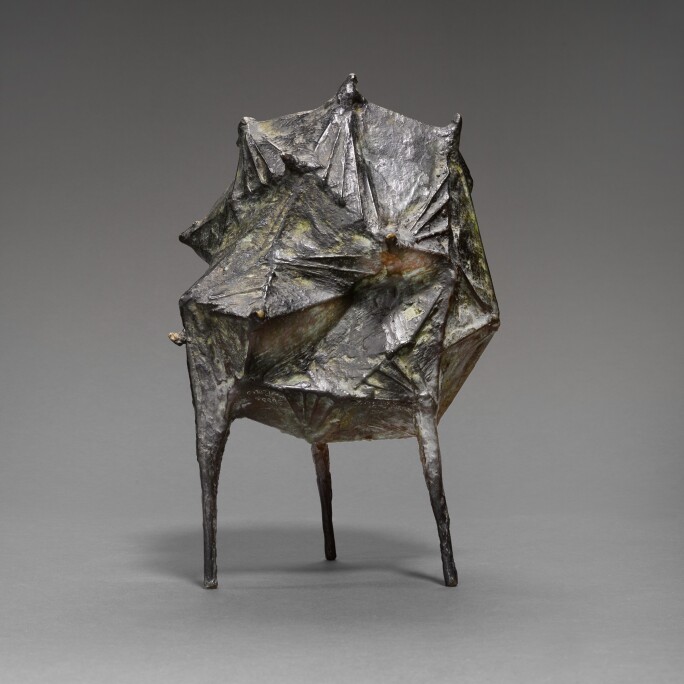 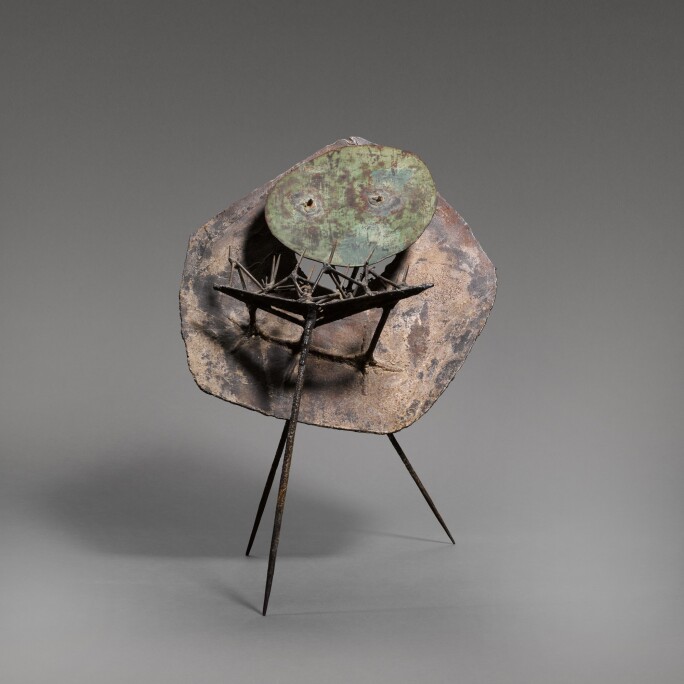 Chadwick’s story is bookended by two extraordinary successes. In 1956 he won the International Prize for Sculpture at the Venice Biennale and – half a century later – he was celebrated with a major retrospective at Tate Britain in 2003. In between, as his story unfolded across the decades, it was frequently punctuated by the creation of these candlesticks, works which continued to reignite his imagination.

Running concurrently, the Willer gallery exhibition Lynn Chadwick: Exploring the Abstract, 60 years on, features Lynn Chadwick works that have not been shown since the 1960’s, the decade in which they were created. Full details available here. 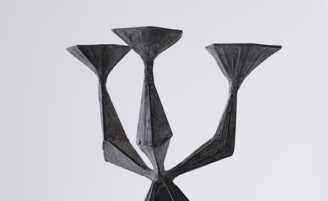 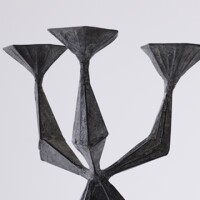 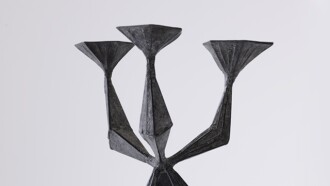