I n 1989 Lawrence Steigrad and his wife and business partner, Peggy Stone, began dealing in Old Master paintings backed only by a thousand dollars and a few credit cards. Their gamble paid off. Three decades and many art fairs later, they have a firmly established reputation with leading museum curators and collectors for “rediscovering” works of art — especially Dutch portraiture of the seventeenth century — that hold aesthetic merit yet challenge longstanding scholarship.

Mr. Steigrad and Mrs. Stone were both born into art world families, Mr. Steigrad is the son and grandson of Dutch collectors and Mrs. Stone was raised in a family of prominent nineteenth-century painting dealers. Both further honed their knowledge by moving through the professional ranks of leading galleries and auction houses . They take pride in having placed many works in major museums, but they take special pleasure in sales to clients of more limited means. It was Steigrad’s ability to offer unusual but high-quality works for relatively modest prices that led TEFAF founder Rob Noortman to persuade the couple to take a booth at the fair, where they exhibited annually through 2018.

In addition to TEFAF and other select fairs, for twenty-five years Steigrad and Stone operated an airy and private gallery on East Sixty-ninth Street in New York City, where they hosted numerous exhibitions. They have also published many print catalogs that present their groundbreaking research alongside the enticing images that have passed through their hands. The first edition of 1999 records an impressive client roster that at that date included the Metropolitan Museum of Art, the New Orleans Museum of Art, the University of Arizona Museum of Art, and the Rienzi Collection at the Museum of Arts, Houston. Subsequent favorites include a luminous picture of three-year-old Willem van der Muelen of Utrecht, painted in 1634 by Jan Cornelisz van Loenen, which they sold to the Fritz Behrens Foundation for the Landesmuseum in Hannover, Germany. Another is a charming family group of 1663 by Jan Mytens that they acquired from a private collection in a Belgian castle and sold to the Auckland Art Gallery Toi a Tamaki and Mackelvie Trust in Auckland, New Zealand. In January 2020, they inaugurated the start of their fourth decade in business with the private sale of Cornelia Toe Boecop’s Portrait of Ott van Bronckhorst of 1606 to the Rijksmuseum. 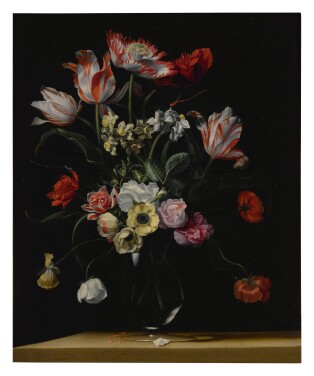 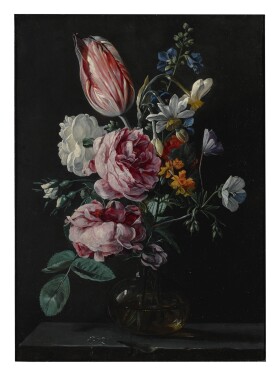