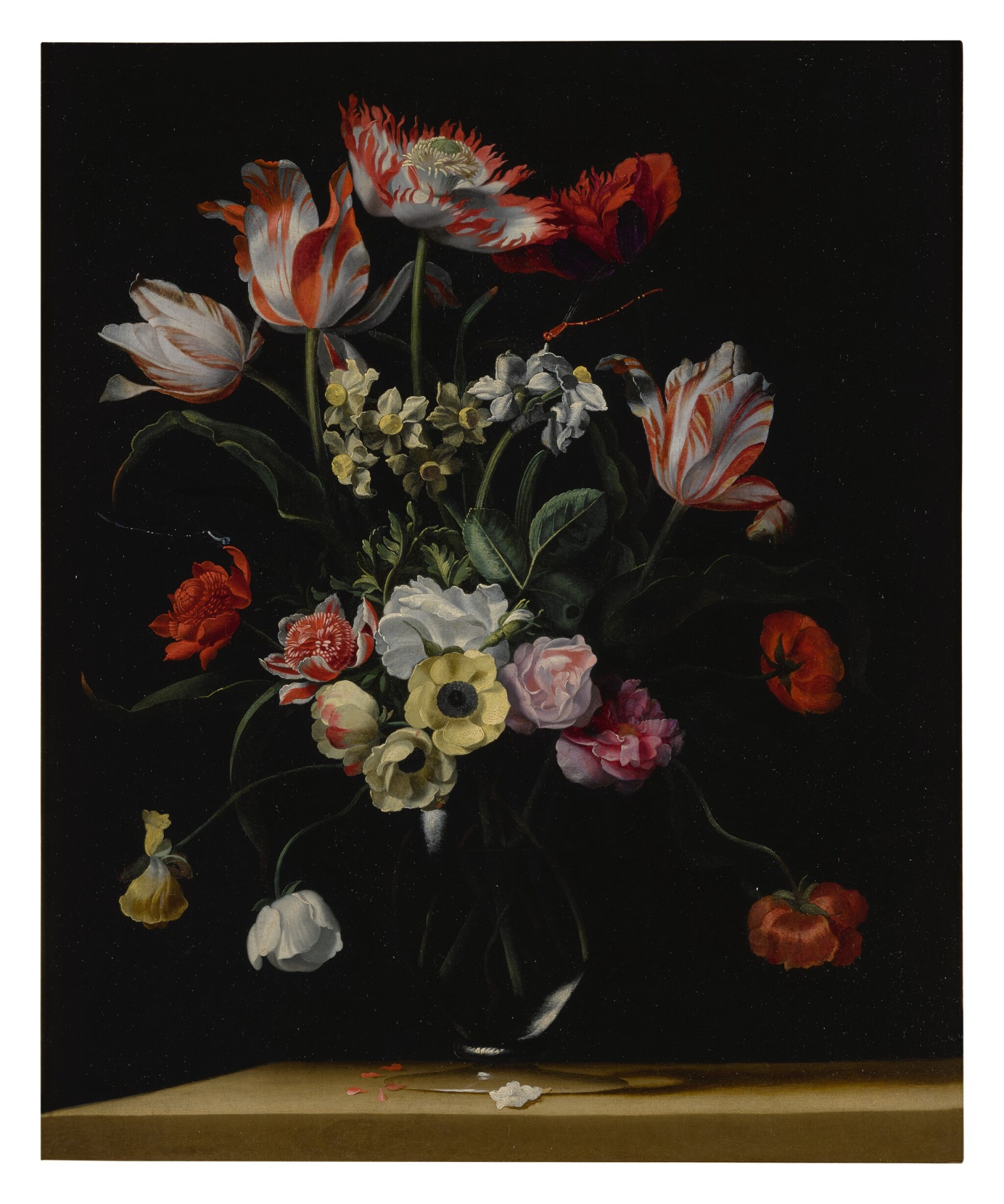 both, oil on canvas

Both paintings have the same coarse relining. The relining is rather stiff and as a result the paint has thinned somewhat over time. Despite this, both pictures are clean, and the bright colors have retained their freshness well. UV light reveals some scattered retouches in the dark red flowers in both pictures, along with the dark backgrounds and in a few areas of craquelure. They have been applied well, and they could be hung in their current condition. Both in carved, giltwood frames.

"There is something very modern about these still lifes, even as they evoke the extravagance of the seventeenth century. The simple backgrounds contrasted with the bold palette and complex composition bring a mix of both starkness and warmth that I find extremely satisfying."

No documentation exists detailing Picart’s training in Antwerp, nor was he a member of the guild. It is thought that perhaps he trained at the studio of the Francken family. By 1635 Picart was living in Paris, where he was part of a group of Flemish artists in Saint-Germain-des-Prés. In 1640 he joined the Academy of St. Luke. By 1645, although a widower twice over, he remarried. Happily, this union lasted for the next 35 years. Picart prospered in Paris both as a painter and art dealer. By the second half of the 1600s, his flower and fruit pieces were highly sought after by many French collectors as well as Louis XIV. His still lifes were widely collected during the second half of the seventeenth century; at least seven of his paintings hung at Versailles and another eight at the Château de Marly. With this extraordinary level of royal patronage in mind it is none too surprising that, in his 1666-8 treatise Entretiens sur les vies et sur les ouvrages des plus excellents peintres..., André Félibien placed Picart's name amongst those of the greatest ancient and modern painters. A similar pair in size and subject can be found in the Fitzwilliam Museum, Cambridge, United Kingdom. All have flowers in glass vases on wooden ledges set against dark backgrounds. Fallen petals, as occur in all four of these examples, were a favored motif. Fred Meijer has endorsed the attribution of this pair to Picart, based on firsthand inspection.