In 2013 I was given access by Exeter University to their fine collection of JMW Turner engravings to undertake a project revisiting sites that the artist had recorded, making new paintings based on each location. The University Turner collection consists of a large number of etchings, mezzotints and aquatints made by and for Turner in the 1800's. As an artist I have worked within the landscape for over thirty years. Based in Cornwall, my practice has taken me throughout the country and to the continent, to explore and engage with my contemporary take on this subject. Largely influenced by current concerns and seen through an environmental slant, I have become fascinated by the dynamic element of change through both our own pressures and the natural processes upon the earth.

This series of prints by Turner was primarily concerned with tourism and the picturesque. Between Turner's time and now, the world has dramatically changed although there is a continuum – a thread of connection running through. Where the British population would visit sites for recreation a whole industry has now built up: through the staycation – with the downturn in the economy many now choose to holiday within this country, added to this the millions of foreign tourists who come to visit from other countries some of Turner's subjects have changed almost beyond recognition.

To visit the location of one of Turner's images; to track down the exact viewpoint, is to see for oneself how it differs or reflects the source material. Whether a building was ignored, has since been hidden by a development or been obliterated is of interest. A river has maybe been shown to be of immense size or is now banked by concrete, denatured or is just a small stream lost under 200 years of tree growth. Harbour walls and cliffs are exaggerated; wreckage was spilled on beaches where now tourists spread their towels and sun cream.

Of the many, many Turner works, a dozen were chosen to illustrate these profound changes and distortions within the Southwest of England.

I had no intention of "doing a Turner"; I wished to visit each location to make my own work: painting, drawing, printmaking, sculpting and writing and in doing so to acknowledge Turner but also to engage with that process of change and dynamism within our physical world. Many of these places I already knew, indeed had already worked in, however a few were new to me or at least the exact point of Turner's view was.

I don't find it is essential to travel or visit new territories – in fact I prefer to revisit locations to re-explore. I need a reason – often a personal link to a place but sometimes it might be via someone close to me or my family; I dislike the totally random, the fleeting glimpse of the tourist. However I can see that other artists might need a 'jolt' to find new work, such as a new location. Turner was famous for this, and the diverse terrain and changing light of European landscapes held real fascination for him; as demonstrated in The Blue Rigi, Sunrise and Ehrenbreitstein his only oil painting of a German subject.

J.M.W TURNER, EHRENBREITSTEIN OR THE BRIGHT STONE OF HONOUR AND THE TOMB OF MARCEAU, FROM BYRON'S CHILDE HAROLD, 1835. ESTIMATE: £15–25 MILLION.

My work all stems from a direct engagement with the great outdoors, the environment that I live and work in; both plein-air and studio work, the latter working from memory and sketchbook studies.

I live and work within a rural community on the coast of Cornwall, an area where nature and the elements still rule despite centuries of industrial exploitation, modern farming and fishing techniques and population shift. Here my life is dominated by my dual passions for both the natural world and making art. My knowledge of ecological processes, my concerns and interest in the environment feed into my art, both to celebrate a biodiverse glorious world but also to raise those issues. My platform allows me to further highlight this environmental agenda.

Kurt Jackson's current exhibitions include Inspiring Landmarks at the Truman Brewery, London from 29 June – 4 July, in association with the Landmark Trust, and Bees [and the odd wasp] in my bonnet at the Jackson Foundation Gallery, St Just, Cornwall until 19th August.  He is currently the 2017–2018 Artist in Residence for The Woodland Trust and Common Ground. 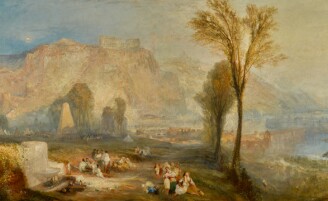 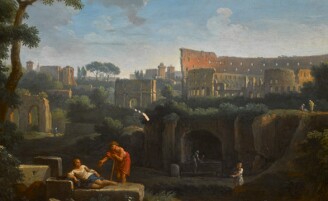 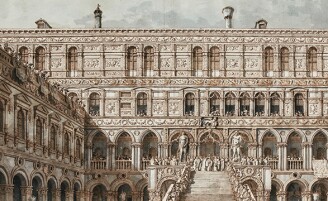