By Sotheby's
Olivier d’Agay is the great grand-nephew of the author of The Little Prince and Secretary General of the Antoine de Saint Exupéry Youth Foundation . To commemorate ten years of the foundation, we sat down with d’Agay to discuss Saint Exupéry’s legacy, the important work of the charity and it’s long-standing partnership with IWC Schaffhausen , including the creation of a special watch edition which will sold to benefit the foundation in the upcoming Watches Online sale from 8-17 July.

Y ou’re the great grand-nephew of Antoine de Saint Exupéry, who famously wrote The Little Prince. Tell us more about the legacy of his message and the work of the Antoine de Saint-Exupéry Youth Foundation.

The legacy of my uncle is really impressive. With his book The Little Prince (the most translated book in the history of literature) not only he delivered hope and answers to essential question to humanity but this magic book contains also messages for new generations related to the protection of our planet, peace in the world, cultural acceptance and the harmony between generations. The Foundation is dedicated to support and help projects in the field of education and fight against illiteracy. We also help youth in difficulty.

Before he wrote the book Saint Exupéry had a very distinguished career as a fighter and reconnaissance pilot in the French army – having always had a passion for flying aircraft. Do you think his courage and sense of adventure is what appeals to readers of the The Little Prince?

Saint Exupéry is a pioneer of civil aviation. He was active in the saga of the Aeropostale between 1926 and 1933. He is a survivor, a hero, a legend of aviation. During his life he had the chance to pilot all kind of planes and experience the fantastic progression of aviation. He survived many crashes. Many books published during the thirties are directly inspired by his life during this time: Southern Mail, Night Flight, Wind, Sand and Stars. These books have deeply influenced generations of readers, giving examples of strong and generous characters and based on real facts.

The Little Prince is a much-loved story that speaks to so many, across generations. Did he ever talk to members of the family about what inspired him to write the book?

He did not have this chance because he left France in 1940, travelled to the USA where the book was published in 1943, went back into the war in 1943 and died in a war mission on July 1944. France was occupied, and it was not possible to exchange with your relatives. We have the testimonies of friends. The most incredible thing is that when Saint Exupéry started to write and illustrate this book, it was at the request of an American publisher who asked him to create a fairytale for kids. During the process of working out the book, he had been suddenly taken with an irresistible urge of putting all his best intellectual and artistic resources in it.

What effect has Antoine de Saint Exupery’s legacy had on you personally, how do you feel it has shaped you?

We believe in the family that we share a responsibility to keep the legacy alive and extend its influence. I was appointed as the director of our Estate fifteen years ago because I felt exhilarated by this mission and it has enlightened my life. I have met so many fantastic people inspired by my uncle’s work and life all around the world. 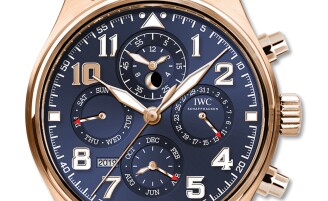 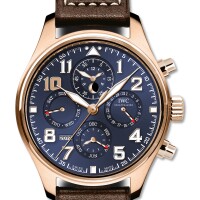 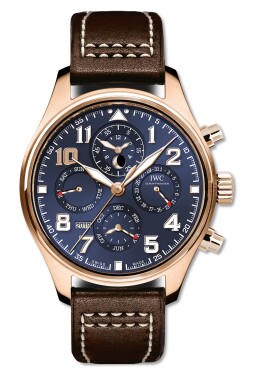 What brought about the partnership between the Foundation and IWC?

Founded in 2009, the Antoine de Saint Exupéry Youth Foundation aims to preserve the humanist values of the legendary French pilot and writer Antoine de Saint-Exupéry. It carries out various projects around the world that focus on improving the lives of young people by providing vocational training, inclusive educational programmes and helping them secure better futures for themselves, for example by fighting illiteracy.

IWC Schaffhausen entered into a partnership with Antoine de Saint Exupéry’s descendants in 2006, and also has a solid commitment to the Antoine de Saint Exupéry Youth Foundation. The strong partnership is based on the many points they have in common. Supporting children and adolescents who face difficult circumstances is one of the central pillars of IWC’s social commitment. Both partners firmly believe that knowledge and education can equip young people to make positive contributions to society throughout their lives.

Where did the idea to produce a 'Petit Prince' IWC watch originate from?

A cornerstone of the IWC’s engagement is the support of children and adolescents who are facing difficult circumstances in life. IWC contributes to the work of the foundation through several means. Since 2006, various special edition Pilot’s Watches have been released to pay tribute to Antoine de Saint Exupéry and his famous novel The Little Prince. These watches feature brown (“Antoine de Saint Exupéry” Editions) and blue (“Le Petit Prince” Editions) dials. In 2014, for instance, IWC unveiled three versions of the Pilot’s Watch Chronograph Edition “The Last Flight”.

This particular model, available in a limited edition, had a sepia-coloured dial and was IWC’s first timepiece in a case made of extremely rugged brown silicon nitride ceramic. The tale of The Little Prince has likewise been a regular theme in the special editions since 2013. The Pilot’s Watch Double Chronograph Edition “Le Petit Prince” also has a captivating day display in which a different star is illuminated in gold to represent every day of the week. The stars symbolise the seven planets visited by the little prince on his odyssey through the universe. In addition, auctions of exclusive timepieces to raise money for the foundation’s projects have been a focal point of the collaboration.

2019 marks the 10th Anniversary of the Foundation, as well as the 75 anniversary of the D-Day landing which are especially poignant when considering your great-grand-uncle’s disappearance and sacrifice for his country. What do you think the next ten years will bring? — And do you think Saint-Exupery’s message more important now than ever before?

During the next ten years, we want to develop the charity activities of the Foundation in new countries. We have more and more relationships and impact in countries like Brazil, Turkey and China. The message of Saint Exupéry regarding the future of the planet and humanity is key. We have to figure out how to fix the problems we have created. After 75 years my uncle vision is more than never accurate. 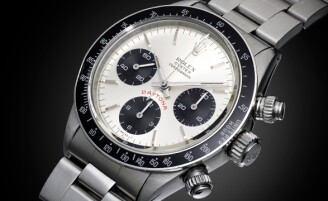