“I’m Sorry”: The Gentle Violence of He Xiangyu

By Michele Chan
“Sometimes Americans say “sorry” when they don’t mean it. While living there, I always felt distant because of my lack of English ability. As if facing a door that cannot be opened because the handle is too hot to hold.” – He Xiangyu

If an open door invites, and a closed door beckons and taunts, what says a dysfunctional door?

He Xiangyu’s Sorry (2012) presents a whimsically enigmatic vision: a slim door, itself luminescent in electric magenta, sporting a glowing lightbulb for a knob.

The work, on offer at the Hong Kong Contemporary Art Day Sale on 1 April 2019, is the first of He Xiangyu’s beguiling I’m Sorry series to appear at auction. These dysfunctional door sculptures draw viewers in with their audacious hues; a split second later, access is denied, with the handle-turned-heated-lightbulb categorically refusing any attempt at entry.

Analogies and associations abound: on privacy and its restriction; adventure versus safety; surface versus substance; idealism versus reality. The artist explains in an exhibition featuring the work: “It seems to me that our imagination for the future is reduced to a commitment to the sense of safety, and ultimate goals are simplified for the management of this reality”.

The I’m Sorry series is rooted in a personal narrative. “Sometimes Americans say ‘sorry’ when they don’t mean it”, said He Xiangyu. “While living there, I always felt distant because of my lack of English ability. As if facing a door that cannot be opened because the handle is too hot to hold, I could not get into their daily lives”.

A door – unobtrusive and alluring – that bites with a handle ‘too hot to hold’. Such is the gentle, mannered yet ultimately ambitious and violent poetry of He Xiangyu’s highly conceptual works.

He Xiangyu’s violence is one rooted in the physical material properties of objects and our human perception of such. This modus operandi is best elucidated through his best known and highly acclaimed series, the Cola Project, an example from which is also on offer at the Hong Kong Contemporary Day Sale on 1 April 2019.

The Cola Project began in around 2008-2009. In the artist’s own words: “I took a bottle of Coke home and boiled its contents down in the studio. Then I tried one ton of cola. Next I went to my hometown and boiled 127 tons, which is the average amount of cola consumed there over three years.”

After more experiments, He Xiangyu moved production to Dandong, near the North Korean border, employing 10 migrant workers who fabricated iron vessels in which to boil down the liquid mass. The end result is a glistening black crystalline residue that the artist arranged in varying elegant configurations – some filling entire rooms, others positioned in delicate transparent cases.

Anchored in a focus on material transformation, the Cola Project simultaneously interrogates the phenomenon of hyper-materialist consumption, the production and consumption of art, as well as the accelerated notion of time under Western capitalism.

As summarized by Einar Engstrom, critic Gao Minglu declares He Xiangyu’s practice as “essentially Maximalist, or primarily dependent on the personal relationship between the artist and the material object”. Beginning with a small-scale experimentation within He Xiangyu’s studio, the artist’s interaction with Coca Cola swiftly ballooned, “transcend[ing] the individual and incorporat[ing] the public […] In the popular parlance of Chinese contemporary art, He Xiangyu’s long arms transformed Cola Project into a work of social intervention, an execution of power on supra-individual scale”.

In the popular parlance of Chinese contemporary art, He Xiangyu’s long arms transformed Cola Project into a work of social intervention, an execution of power on supra-individual scale.

The artist himself uses more humble, or perhaps deliberately cryptic, terms: “I wanted to be like a magician who could change the feeling of drinking a liquid into a solid. This is similar to what we would see as children in Chinese movies or TV series, where perhaps one person would say some magic words and another person would suddenly freeze. I was just trying to create that magical feeling”.

And magic he did create. With the nimble dexterity of a magician, He Xiangyu artfully crafts works of stark visual simplicity that gracefully carry the infinite weight of imminent socio-political concerns. In both Sorry and Cola Project, He Xiangyu teases out a dissonance between the cognitive and the physiological; and in so doing, powerfully foregrounds the dissonance of our times. 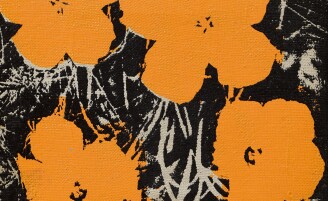