D anielle Chang’s many titles have included curator, dealer, CEO, business owner and most recently, professional foodie. Channeling her love of culture and entrepreneurial spirit, Taipei-born and New York-based Chang founded the LUCKYRICE Festival in 2009, which has since expanded into nationwide “Feasts,” as well as the PBS show Lucky Chow, where Chang explores the Asian food landscape in America and beyond [season three is currently available online]. “When I wanted to create a business that acknowledged my Asian heritage, I went to food,” Chang told Sotheby’s about finding LUCKYRICE, whose impressive roster of Culinary Council Members ranges from Daniel Boulud and Jean-Georges Vongerichten to David Chang and Masaharu Morimoto. As the tastemaker for Sotheby’s 2019 Asia Week in New York, Chang has paired her favorites works across the eight sales with recipes adapted from her cookbook. “Even though I was not a trained chef, and I had never worked in the food world professionally before, I believed that food was a powerful vehicle for connecting people to different cultures.” Ahead, discover more about Chang’s diverse career, plus her favorite dim sum in New York City. 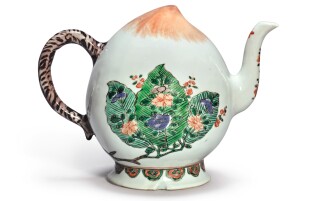 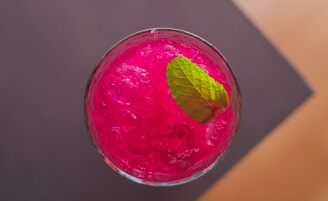 What are the three things that have defined your unique career path?
Culinary, art and entrepreneurship have all metamorphized today with what I’m doing for LUCKYRICE.

How did you transition from the art world into cuisine?
I studied art history at Barnard and then critical theory at Columbia. I was a professor of art history, as well as a curator and dealer at Jeffrey Deitch and Andrea Rosen. From there I took on different careers but always as an entrepreneur working in creative fields. I started my own magazine called Simplicity in 2000. I worked as an entrepreneur guiding small businesses, for instance, I started Assouline’s creative agency arm in New York in the early 2000s. Then I was the CEO of Vivienne Tam just before starting LUCKYRICE. So I really think that LUCKYRICE is a culmination of all my experiences. It’s just that this time, it was through out bellies rather than our eyes that we engaged with people.

How significant of a role did food play in your upbringing?
I always love to eat, and cooking is my form of meditation. I have a great collection of family heirlooms, which include old cookbooks, Chinese pottery and cookware, like these great, worn-in woks that I love for their burnished surfaces. I came to work with cuisine because of my love for culture and my fascination with how the food of the Asian diaspora can be seen so frequently in pop culture today. Food is generally a great equalizer, and the flavors and palettes of Asian food are helping people understand the differences between Asian cultures.

What was your experience like selecting works from Sotheby’s Asia Week sales?
I learned a lot through the process, and it reminded me of my art history education. For instance, I’ve always loved the archaic bronze vessels. I was less familiar with the Indian and Himalayan works and Southeast Asian art collections, so that was really fun to look at. I grew up with Chinese classical painting and calligraphy hanging in my family’s home, so the Qi Baishi and Chen Hongshou felt familiar to me. I love the storytelling behind the scrolls. Many of them feel connected with the same types of warning stories that plague contemporary society, such as the paradox of choice and affluenza.

How did you determine the bites to pair with the art?
Many are somewhat literal, but I wanted to have fun with it. I loved the white jade pebble snuff bottle from the Qing dynasty in the Saturday at Sotheby’s auction. To me, it looks just like a Brancusi, and if I had to choose one work to own, that would be mine. I paired it with a simple rice ball from my cookbook. The milkiness of the jade reminded me of the milkiness of rice porridge. The simplicity of its form also reminded me of the simplicity of rice as a grain that feeds the majority of the world.

What is your favorite type of cuisine?
Chinese because it’s what I grew up with. For me, there are two categories: homemade and restaurant. Sichuanese cuisine is delicious but not something I make regularly. A typical tasty family meal I would make is a bowl of stir fry with soup and rice.

I’m sure our readers would love to know your favorite spots to eat in New York City.
I love Nom Wah for Chinese food. It’s the oldest Chinese dim sum parlor in America. It’s in historic Manhattan Chinatown and is turning 100 next year. Going there is like walking into a bit of history. Of course, with cooking and testing Asian food all the time, I enjoy eating other cuisines. Another old standby of mine is Balthazar. You can never go wrong with the steak au poivre or French onion soup. She space itself is also beautiful. I love Bâtard in Tribeca. It won the James Beard Award for Best New Restaurant in 2015, but the food is still very approachable. You can have the most exquisitely prepared chicken paillard but not feel overly precious about it.