“I was counting on a rewarding session at the Manneporte, but I had an accident… Completely absorbed, I didn’t see an enormous wave that threw me against the cliff, then I tumbled into the foam with all my gear. For a moment I thought I was lost...finally I managed to crawl out, but, my God, in what a state! My boots, heavy socks, and coat were soaked. The palette in my hand had hit me in the face and my beard was covered with blue, yellow, etc… The worst of it was that I lost my canvas, which I got smashed up.”

S uch are the perils of painting en plein air, a frequent Impressionist and Neo-Impressionist pastime, as artist Claude Monet recounts. Monet’s lifelong affinity for the landscape of Normandy can be traced back to his childhood. The son of a commercial officer who worked in the trading house in Le Havre, Monet spent his formative years surrounded by the region’s cliffs and powerful waves.

Yet Monet was not the only artist with a fervor for the plein air technique, compatriots Paul Signac and Camille Pissarro shared his affinity. Indeed, Neo-Impressionist Signac traveled extensively throughout Europe from 1904 on, visiting port cities such as London, Rotterdam, Venice and Istanbul, with the intent of composing a series of painted cityscapes in situ.

Pissarro, the only artist associated with the Impressionists to exhibit at all eight Impressionist exhibitions, enjoyed natural light as well. Raised in the Caribbean, and moving to Paris at the age of twenty-five, the artist’s oeuvre was in a constant state of metamorphosis throughout his long-standing career; Pissarro was perhaps the most wide-ranging in his experimentation of all the Impressionists.

M onet first visited Étretat in 1869 but did not spend extended time there until early 1883, when he stayed in town for three months. Over the next three years, he returned to Étretat on numerous occasions and completed approximately 70 canvases featuring views of the coast. In many examples from this series, as in Étretat, coucher de soleil, Monet focused on the unique rock formations as the central subject, exploring a myriad of vantage points to heighten their majesty and capture the interplay of light upon the cliffs and waves during different seasons, times of day and under changing atmospheric conditions.

Étretat, coucher de soleil depicts one of the three rock arches along the coast around Étretat, the Porte d’Aval, as the sun descends beneath the horizon. The contrast between the iridescent water in the shallows and the golden highlights across the sky imbues the canvas with stunning luminosity.

P ainted in the same year as his first one-man show, this stunning view of haystacks in late afternoon sun reveals some of the important stylistic shifts that his work underwent in the early 1880s. His technique evolved in favor of small, evenly distributed and heavily loaded brushstrokes, anticipating his association with the Neo-Impressionists in the second half of the 1880s. The parallel brushstrokes in the fields and the haystacks of Paysage avec meules, Osny combined with the vibrancy of the palette creates an lustrous effect that is highly characteristic of this period, though it is easy to forget that Divisionism, or the process of separating pigments on canvas, was still unchartered territory for many artists of the avant-garde and he was well ahead of his contemporaries in this regard, boldly exploring the individuated dashes of color that created these arresting effects. 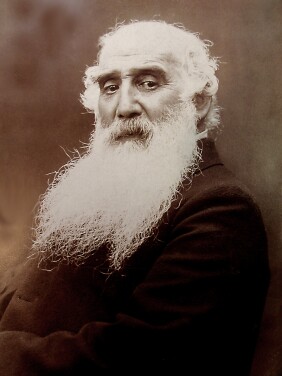 Paysage avec meules, Osny was purchased by Paul Gauguin, a collector of Impressionist painting before he gave up his job as a stockbroker. He was particularly drawn to Pissarro's work and known to have lent three Pissarro paintings to the Impressionist exhibition of 1879. Pissarro became a close friend and mentor, painting with his younger protégé during the summer and providing support when Gauguin wrote to inform him in October 1883 that he had decided to become a professional artist.

W hen Signac first traveled to the city of Istanbul in the spring of 1907, he was immediately struck by both the history of the place and the quality of light and color that filled the ancient city. The artist returned to France with a series of canvases on the subject – the most impressive of which is La Corne d'Or (Constantinople). As he observed in his diary:

“There is the shrouded light of the North against the color of the Orient. One thinks of London, of Rotterdam—and of Venice a bit. Above all, it is Turnerian.”


In La Corne d'Or (Constantinople) the skyline of the city is easily recognizable in the background, with the famous minarets of the Hagia Sophia an unmistakable silhouette on the horizon. As he painted the current work in 1907, Signac was further developing his artistic style beyond the strict tenets of Divisionism, which he had adopted from Georges Seurat in the 1880s. He liberated his color palette, daring to blend the pure pigments seen in earlier works, and broadened his approach while retaining the main characteristics of Divisionism through his pointed application of brushstrokes. 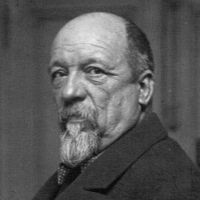 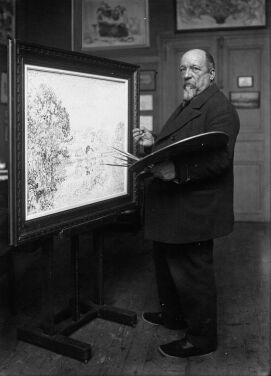