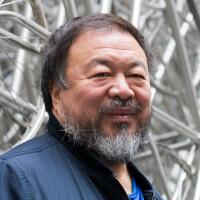 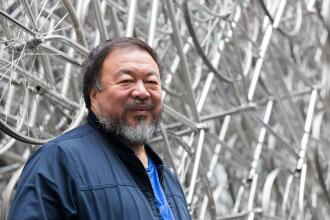 “My work is always dealing with real or fake, authenticity, what the value is, and how the value relates to current political and social understandings and misunderstandings. I think there’s a strong humorous aspect there.”

The International Tour for the Circle of Animals/Zodiac Heads: Gold

History of the Zodiac Heads

Ai Weiwei’s iconic series of sculptures, the Circle of Animals/Zodiac Heads, is a significant international project that simultaneously signals his position as China’s most pervasive artist whilst exploring themes of globalization and identity that inform his work. The series recreates the twelve traditional Chinese zodiac sculptures that once adorned the Yuanming Yuan fountain clock, an artistic and architectural centerpiece of the imperial gardens outside of Beijing enjoyed by several Qing dynasty rulers in the 18th and 19th centuries.

The original zodiac head sculptures were subsequently looted from the fountain by French and British soldiers during the Opium Wars. This devastating plundering was one of a series of episodes that are now collectively known as the “century of humiliation,” spanning approximately 1840 to 1945. In 1976 following the death of Chairman Mao, the demise of the Cultural Revolution which sought to destroy cultural artifacts, and the subsequent reopening of China’s economy towards the end of the 20th century, there was a renewed interest in the zodiac heads both in China and abroad. Only seven of the original heads still exist and the whereabouts of five remain unknown. As a result of the increased fervor for the ancient Chinese zodiac heads over the past several decades, their monetary value on the international art market has soared and they have since become touchstones of an ardent—and at times contentious—sense of nationalism. 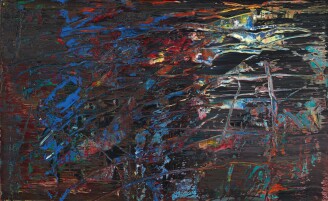