Adventure and Romance in the Whaling Era, from the Whale-Ship Essex to Melville

“T here Leviathan, / Hugest of living creatures, on the deep / Stretched like a promontory sleeps or swims, / And seems a moving land; and at his gills / Draws in, and at his trunk spouts out a sea."

This excerpt, chosen from John Milton’s Paradise Lost, greets readers on the title page of one of the most important novels ever published: Herman Melville’s The Whale, the original title of Moby Dick.

Whales, both real and symbolic, have fascinated humans for much of history – and for good reasons. Of all mammals, the whale is perhaps the most otherworldly: larger than life and highly intelligent, these leviathans have ruled the sea since the dawn of time.

And for much of modern history, whaling – the hunting of whales for their meat and blubber, the latter of which was refined into oil – was a key global industry. Whaling drives the plot of Melville’s The Whale, published in London by Richard Bentley, 1851, preceding the New York edition by four weeks.

Only 500 copies of Melville's masterpiece were printed in London; the present lot is one of those 500, making it a rare, true first edition.

Bound with contemporary half indigo-black calfskin over marbled boards, this edition of The Whale varies slightly from later copies of Moby Dick, published in New York. More notably, The Whale excludes Melville’s epilogue, which tells of Ishmael’s survival (many believe the final pages were lost by Bentley’s printers). An edition of Moby Dick. Or, The Whale, published in 1930 by The Lakeside Press in Chicago, also features in the Fine Books and Manuscripts sale. One of just 1000 copies, this book is replete with captivating illustrations by Rockwell Kent.

The mid-19th century marked the height of whaling in the US; whale oil made the industrial revolution possible, and the high demand made whaling the fifth largest industry in the country. But whaling was much more than a means to an end – it symbolized romance, danger, and adventure on the high seas. Several remarkable first editions of books on whaling and sea exploration feature in Sotheby’s upcoming Fine Books and Manuscripts Online sale, each unique in its own right.

In the mid-19th century, whaling was much more than a means to an end – it symbolized romance, danger, and adventure on the high seas.

Take The Eventful Narrative of Capt. William Stockwell by William Stockwell, published by S. Ward and Co. in Cincinnati, 1840. This edition offers a riveting recounting of an expedition from India to the Arctic – the story has pirates, whales, and shipwrecks, and the copy is extremely rare (only one other has appeared at auction in the past century, and that example was rebound).

Better yet, read through a singular account of one of the strangest and bloodiest mutinies in American maritime history: that organized by Samuel Comstock, a young harpooner aboard the whaler the Globe two years into its voyage in 1824.

But surely, there can be few stories more influential than the Narrative of the most Extraordinary and Distressing Shipwreck of the Whale-Ship Essex by Owen Chase, published by W.B. Gilley in New York, 1821, which served as inspiration for both Melville’s The Whale and Edgar Allen Poe’s Narrative of Arthur Gordon Pym. The harrowing account tells of the suffering and eventual cannibalism that occurred when a whaling ship was destroyed by its prey.

While the days of whaling in the US are far past – over-hunting and alternative energy sources led to a rapid decline of the industry – stories from the era continue to capture the attention of readers young and old. The upcoming Fine Books and Manuscripts Online auction, opening 7 June at 12:00 PM EDT, features several fine books on whaling and sea adventure. Register to bid, and get ready to dive into the hunt. 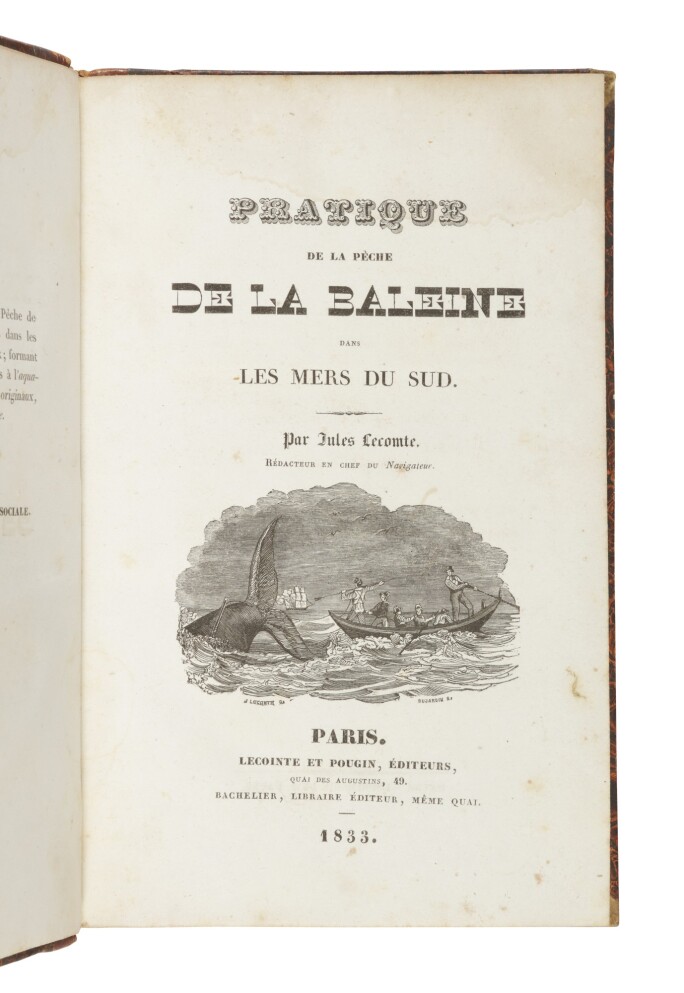 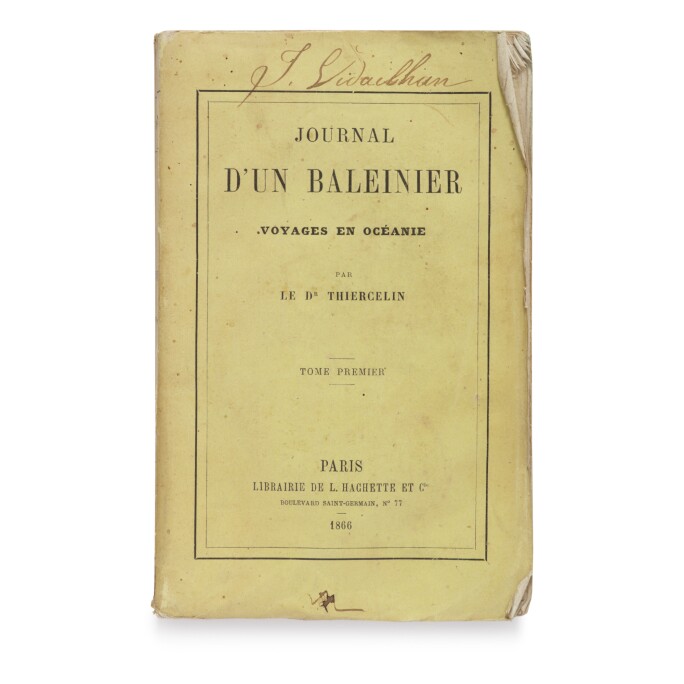 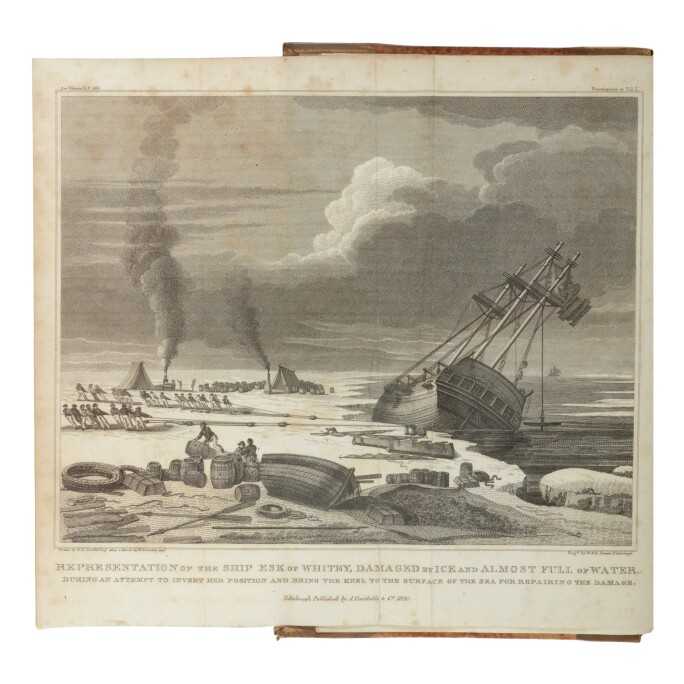 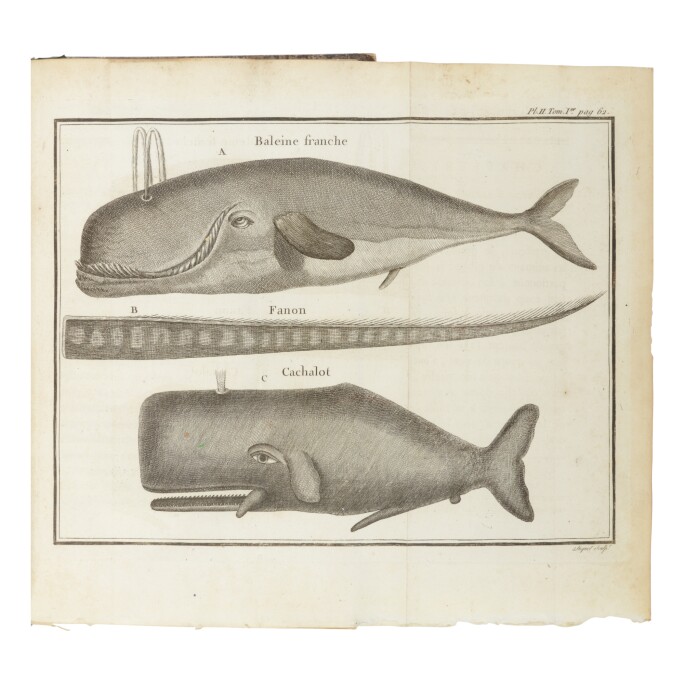 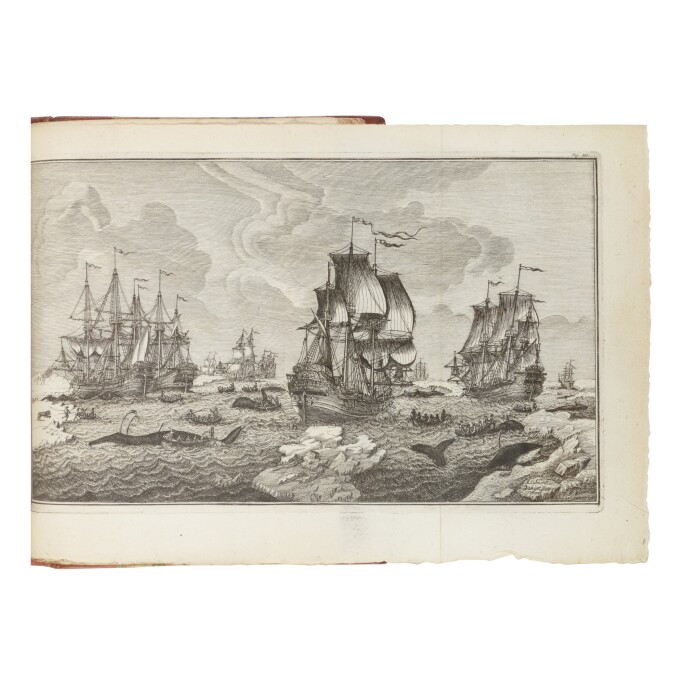 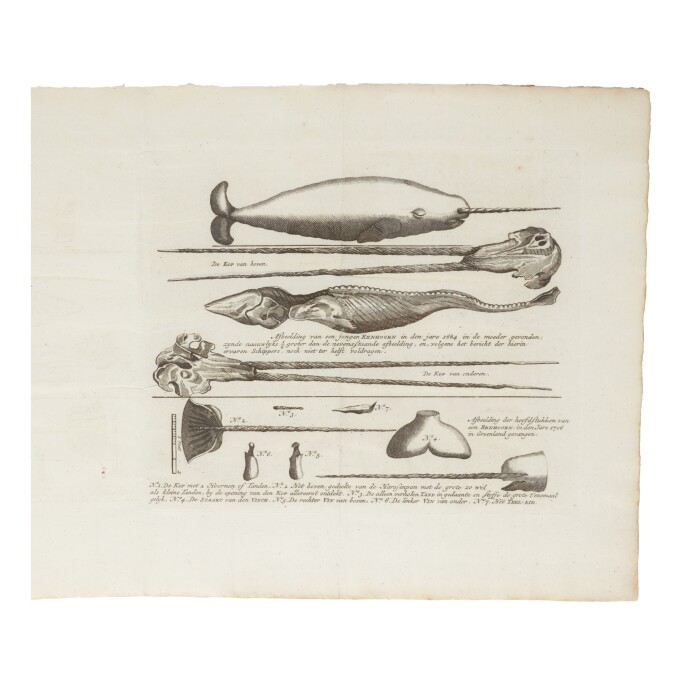 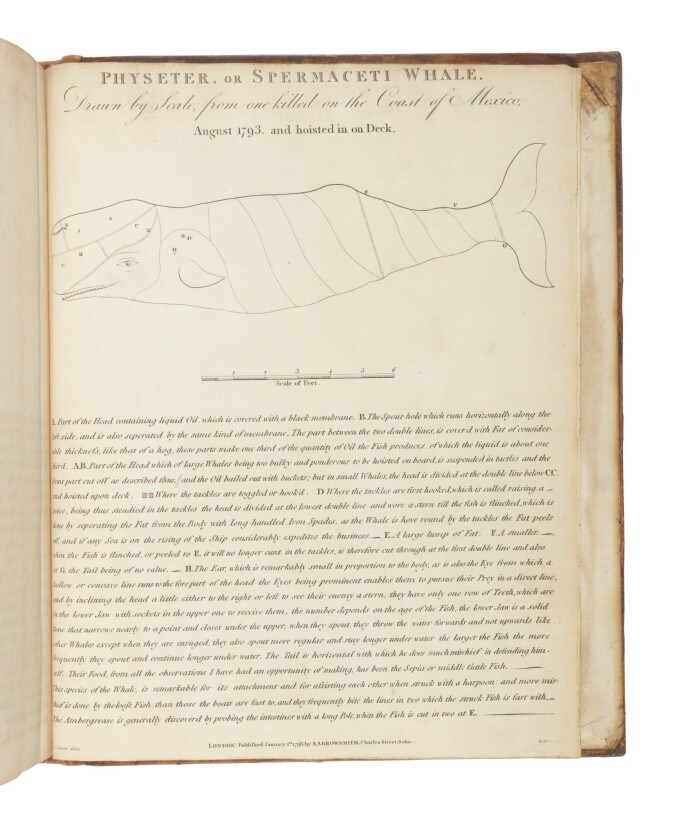 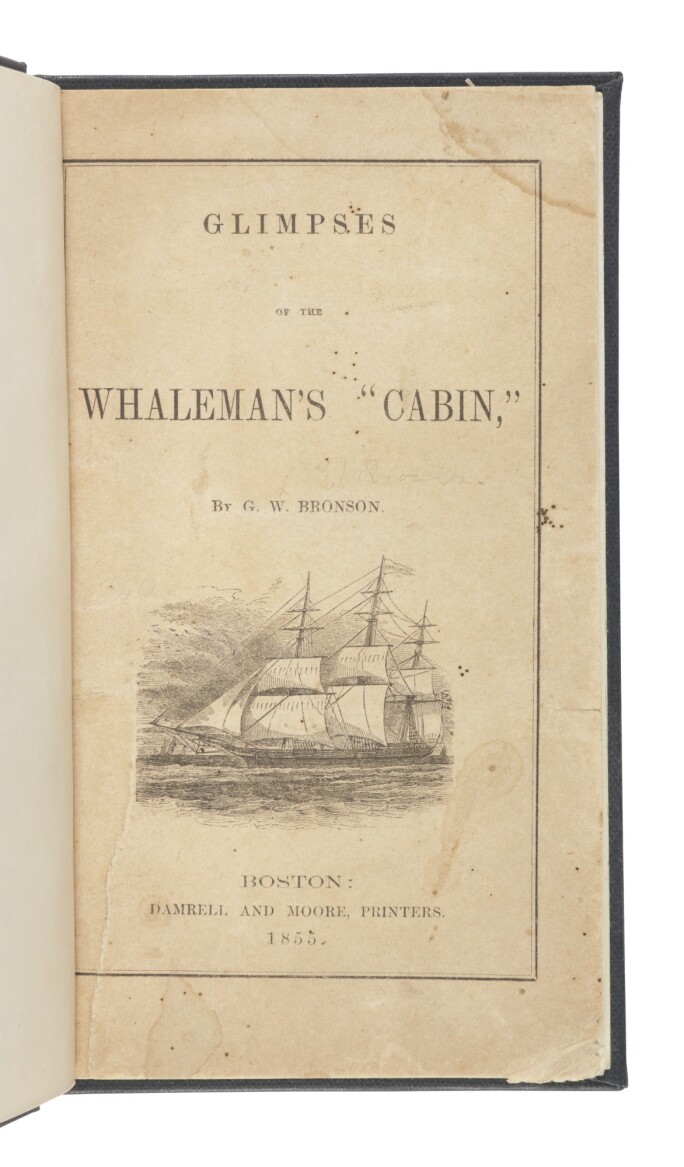 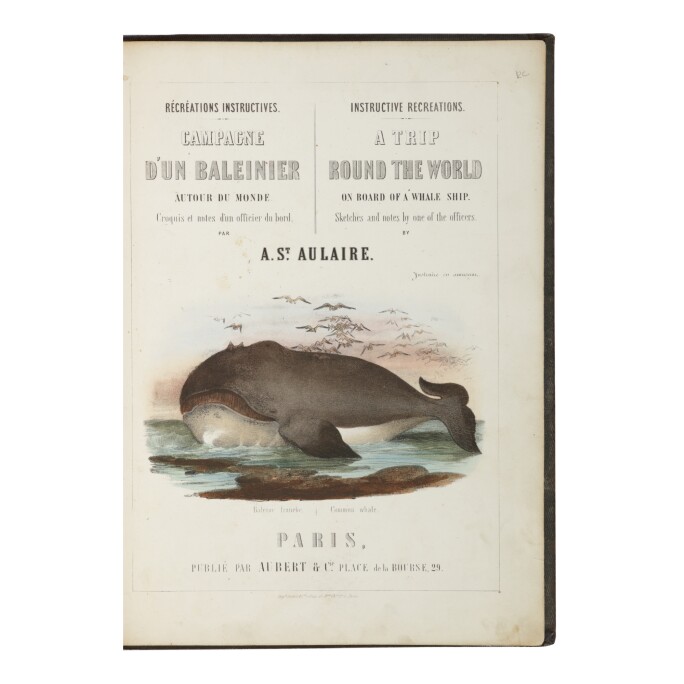