At age 98, Andrea Klepetar-Fallek published a book recounting her dramatic life story, highlighted by an escape from Nazi-occupied Vienna and then from an Italian concentration camp, flight from Peronist Argentina and four marriages. The stunning art collection she amassed – including one of Monet’s greatest London paintings and a strikingly modern Bonnard portrait, highlights of Sotheby’s autumn auction season – represents a triumph over adversity emblematic of an entire generation that is now passing into history.

First Look: Journey of a Lifetime

T his November will mark the 81st anniversary of Kristallknacht, the infamous night and day of terror in Germany and Austria that signalled a deadly new phase in the Nazi campaign of Jewish persecution. The pogrom led the Samek family, affluent Jews from Eastern Europe who had lived in Vienna for two decades, to flee to Zagreb, Croatia, leaving their wealth behind. For 18-year-old Andrea, the younger of two Samek daughters, it would be the first of many dislocations and narrow escapes. Eighty years later, shortly before her death at age 99, Andrea published a memoir, My Story, which recounts the remarkable journey that began when she left Vienna a few months ahead of her family – coming quickly to rely on the resilience, independence and optimism that would characterize her long life.

Alone in Zagreb, Andrea, a dark-eyed beauty with long brown hair, took any work that came along, first as a governess and then as an office worker. Within a year, Andrea had leveraged her facility with languages to land a job in Montenegro, where she met her first husband, a handsome Sephardic Jew from Sarajevo named David Finci, who had recently graduated from university and was working as an engineer. In 1941, the couple moved to Belgrade, where, just weeks after their wedding, the city was bombed mercilessly by the Germans. “I fled through the streets with buildings burning on both sides, fuelled by the high winds from the bombings,” she wrote in one of the book’s most dramatic passages. Traveling by foot for more than 80 miles to a train that would take them to Sarajevo, the couple arrived two days before the Germans took the city, then fled again, this time to Dubrovnik, which was under Italian occupation. “The first thing for me was to learn Italian,” she recounted, ever upbeat under adversity. “I learned to love the Italians and considered them wonderful people.”

Soon, though, under pressure from their Nazi allies, the Italians began to systematically persecute Jews, and Andrea and her family were sent to a concentration camp on the Island of Rab in the north of Dalmatia, where they were held for several months. In September 1943, Italy was invaded by the Allies and, one month later, it switched sides in the war. This was an astonishing turn of events for the prisoners on Rab; the Italian guards abandoned the concentration camp and, as Andrea recounted, “the carabinieri killed the Capo . . . on account of the atrocities he committed.” Seizing the moment during this chaotic period, Andrea and her family escaped.

David remained in the country, joining the Partisan forces fighting the Germans under Marshall Tito, while Andrea left the Dalmatian islands on a crowded sailboat. “We travelled by night and were hiding by day on one of the islands,” finally arriving in territory controlled by the Allies. Eventually, she landed in Bari, Italy, where she received the tragic news that David had been killed in Bosnia. At age 24, she was already a widow.

Andrea spent the last year of World War II in Rome, where she was awakened to the power of art for the first time. There she met David’s cousin Buba, “a highly cultured and educated man,” from whom Andrea “learned so much about paintings and sculpture, architecture and history. . . . We could lie on a bench in the Sistine Chapel looking at the ceilings for hours and always discovering something new.”

One of the most momentous events after the war was the founding of Israel in 1948, and Andrea – now married to Buba – was among the first wave of European Jews to move to the Promised Land. True to form, when she landed in Haifa after two weeks on “a horrible, small ship which reminded many of their time spent in Auschwitz . . . we arrived in the middle of hostilities between the Israelis and the Palestinians.” Penniless again, Andrea worked as a cleaning lady. Yet her outlook remained bright: “Even though times were difficult for us (and the young country) we enjoyed immensely the freedom offered by a real democracy.” The couple got back on their feet, and a year later they were on a boat to South America, where they would start a new life in Argentina – and Andrea would never be impoverished again.

"I fled through the streets with buildings burning on both sides, fuelled by the high winds from the bombings"

A glamorous photo of the 29-nine-year old immigrant, taken shortly after her arrival in Buenos Aires, could be mistaken for a Hollywood studio portrait. Andrea’s face appears in extreme close up, the lighting accenting her high cheek bones and perfectly formed lips and eyebrows; a simple strand of pearls fades into her black sweater. Andrea’s deep, downward gaze provides the only hint of all that she had already gone through in her young life.

“I started immediately learning Spanish,” Andrea wrote, and she and Buba began the hard work of beginning anew. Ironically, her first job, as a secretary, was working for a German-owned company. Buenos Aires, teeming with a wave of European immigrants displaced by the war, proved to be a place of creativity and opportunity, and Andrea was soon hired by a recent Hungarian arrival starting a company that, “in a very short time became the biggest art publishing house in South America.” For Andrea, that meant financial security at last – along with deep exposure to great art and the scholarship behind it.

The marriage to Buba didn’t endure, but before Andrea left Argentina in 1972, now unbearable under the Peronists, she had married a third time. Juan Klepetar, a top executive at Roche, provided Andrea a life of great comfort, filled with frequent travel to Europe, especially Switzerland, and “a big new house . . . in a beautiful suburb, the front facing the part where the President’s residence was located.” This happy phase would end with Juan’s sudden death in 1970, and Andrea, now 50, assumed she would never marry again.

Journey of a Lifetime: Property from the Collection of Andrea Klepetar-Fallek 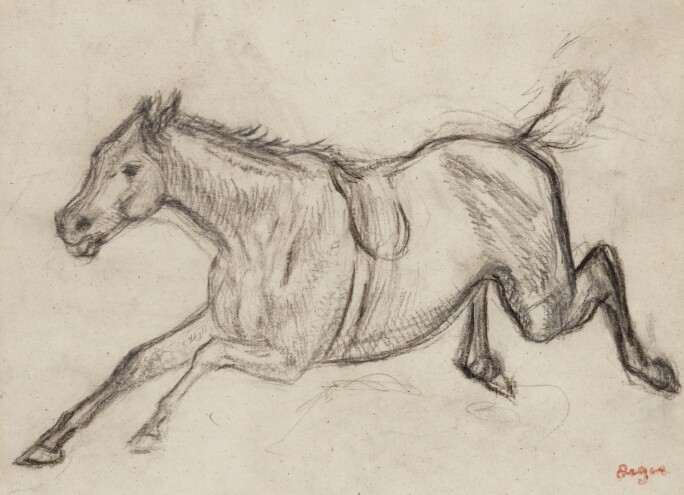 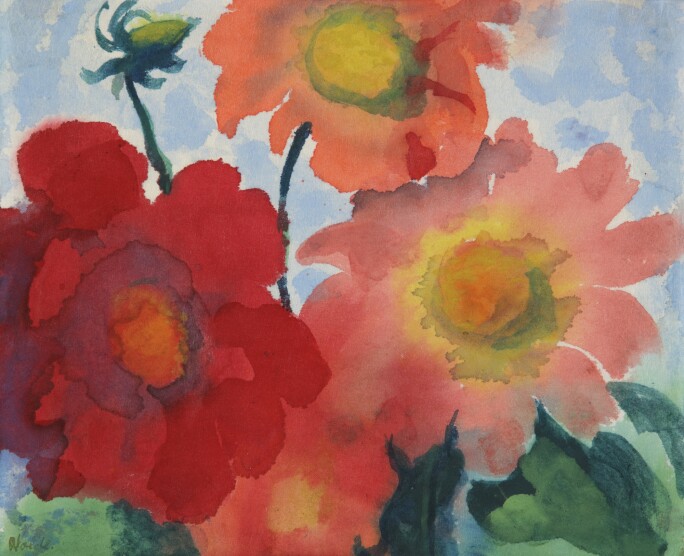 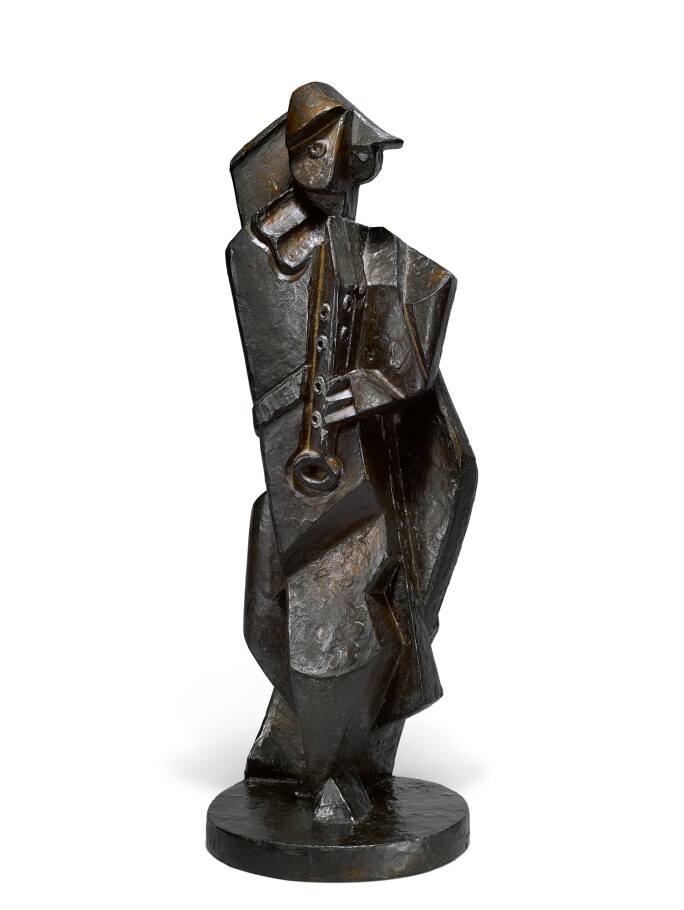 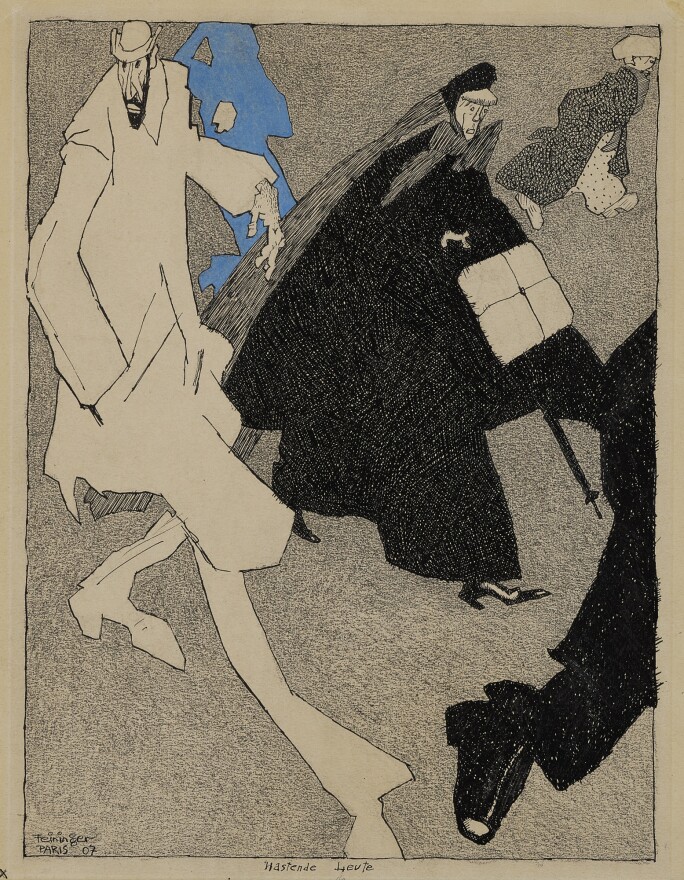 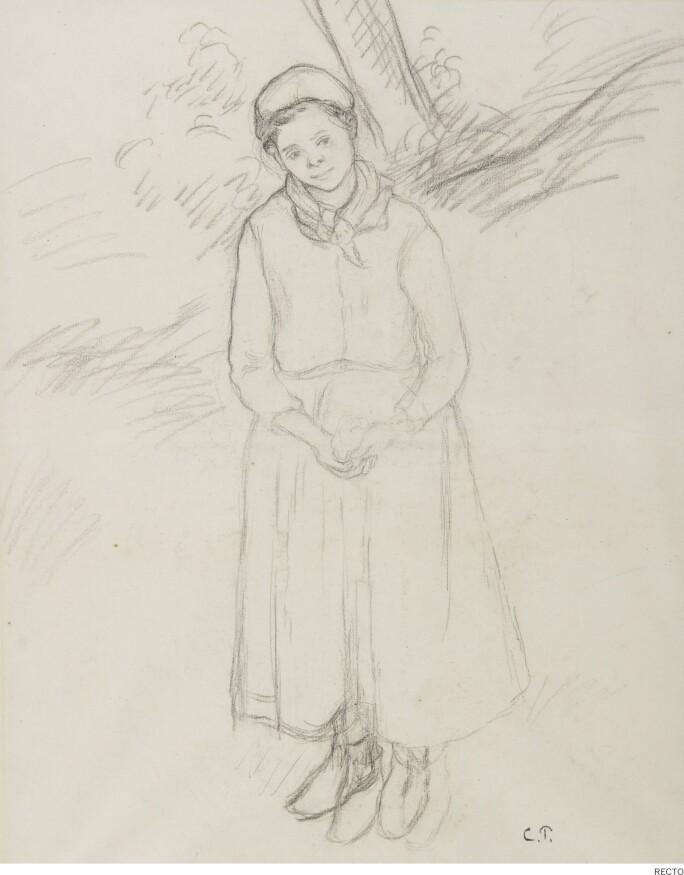 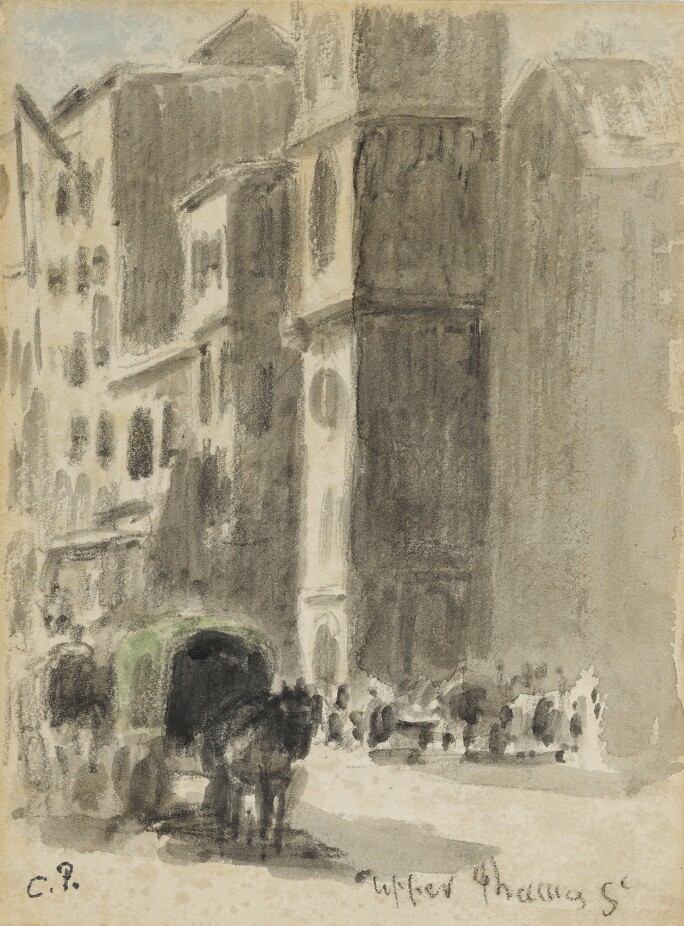 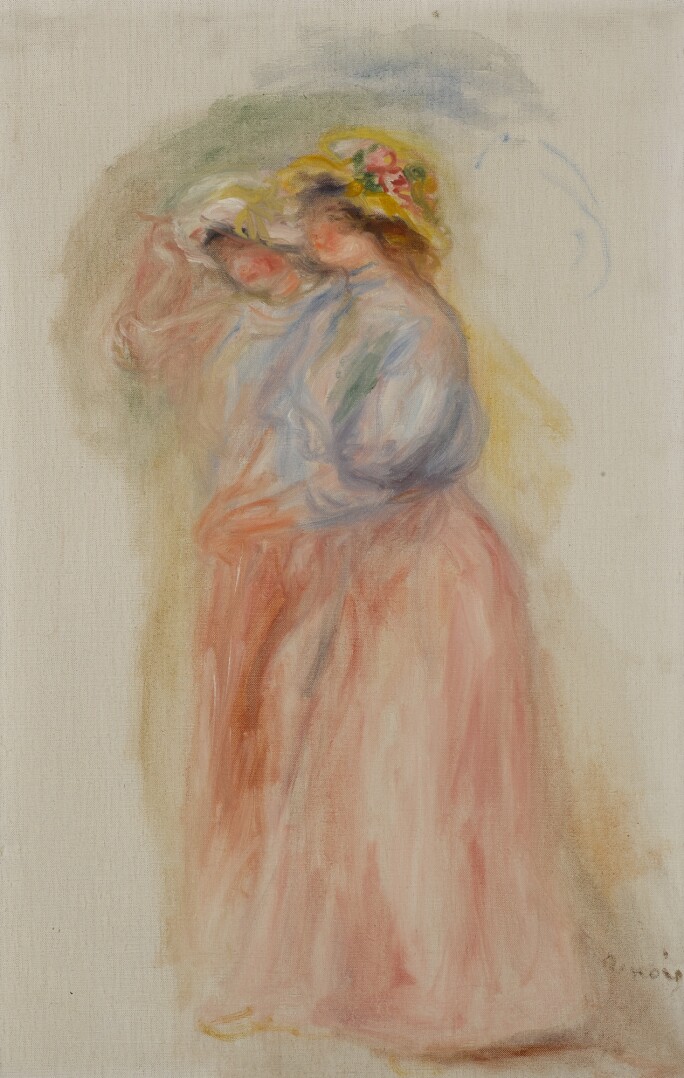 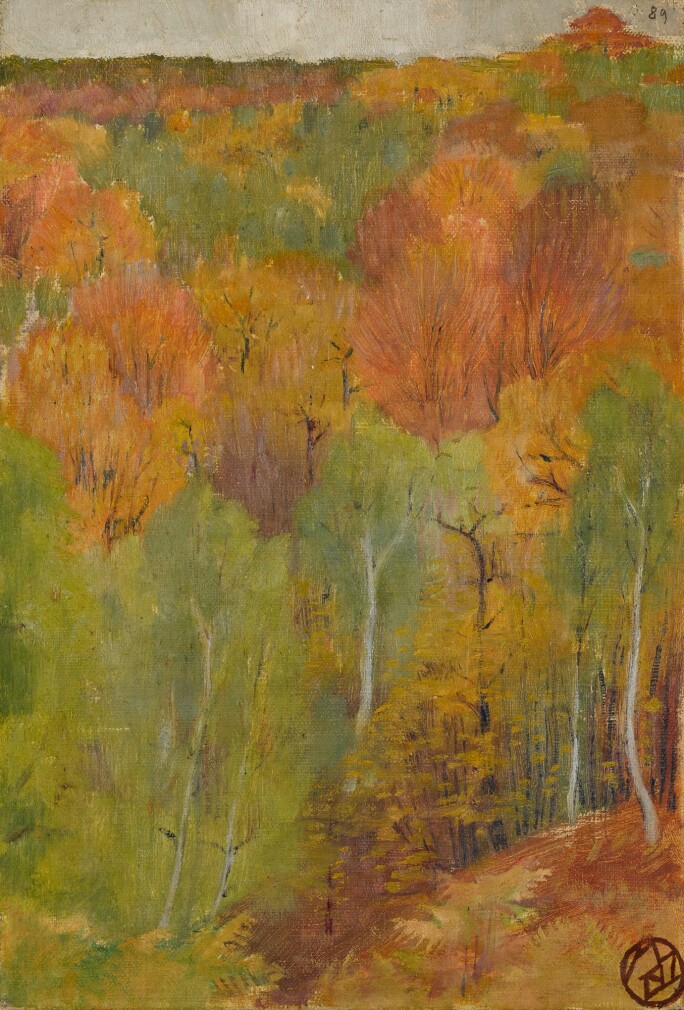 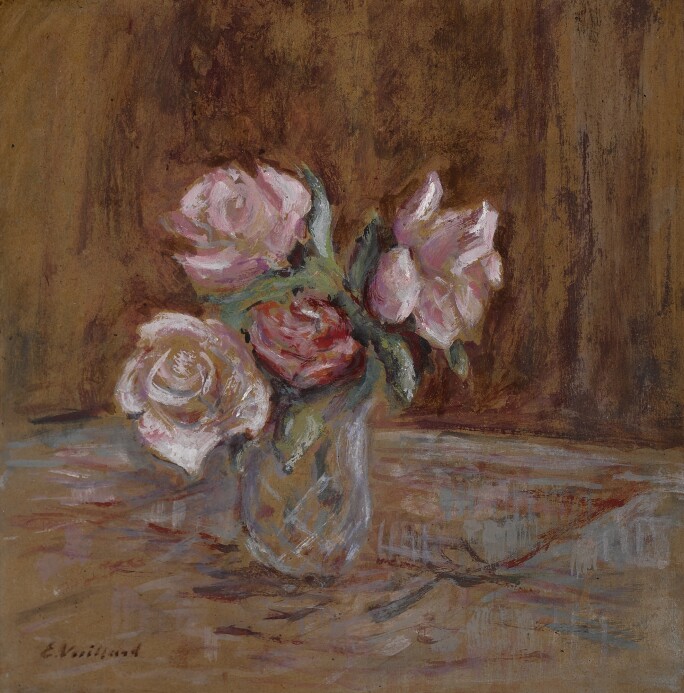 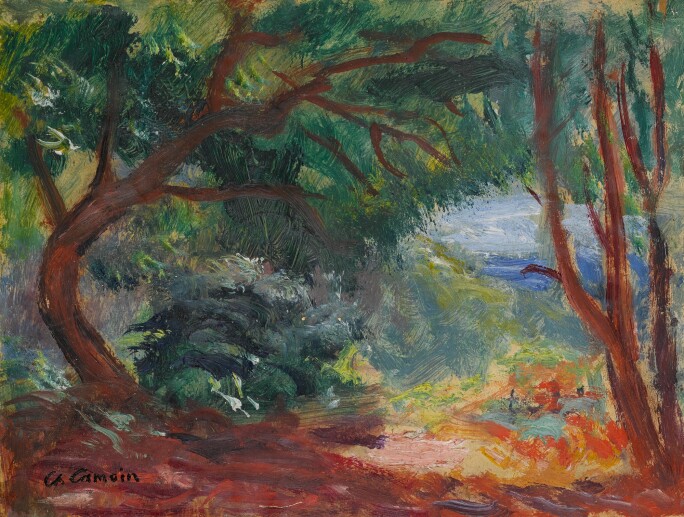 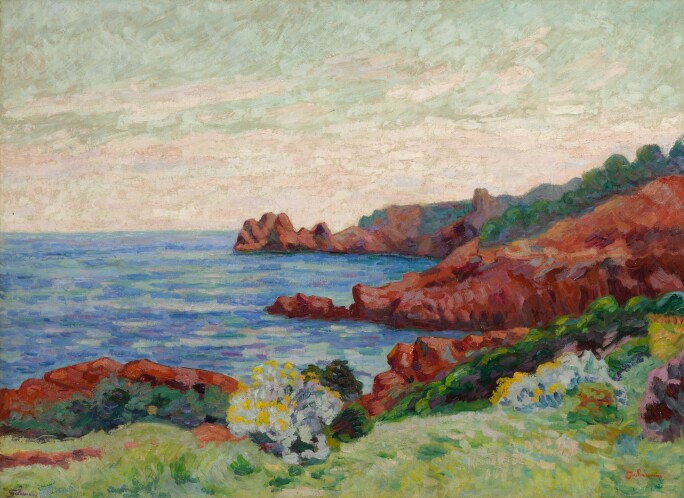 In a life filled with so many twists and turns it isn’t surprising that nonetheless, seven years later she found romance again, this time with another Holocaust survivor: Fred Fallek, a German Jew, had arrived in America penniless during the war, but by the time he met Andrea had founded and sold a chemical import firm for $90 million. He had also, with his first wife, Erica – a pediatrician with a passion for art – amassed a magnificent collection of paintings by Matisse and Picasso, Renoir and Bonnard, which hung in their apartment on New York’s Fifth Avenue. Their daughter, Jane Fallek Nathanson, now one of Los Angeles’s leading art collectors and philanthropists (she was a founder of the Museum of Contemporary Art, and currently serves on the board of LACMA), recalls the excitement when a new work of art would arrive in her home and weekends spent in museums. Her father, she says, taught her “how to look at art, and how to talk about art.”

The paintings the Falleks amassed remained with Erica after they divorced, and when Fred married Andrea the newlyweds set about building a new collection together – but with a twist. “They decided that for each birthday or anniversary they would give each other a piece of art,” says Jane. The couple, who moved into the Ritz Tower on Fifth Avenue, spent long periods in Europe, socializing with major dealers of the time, including Leo Castelli and Ernst Beyeler. It was from Beyeler that they purchased two works that would become cornerstones of their collection: Claude Monet’s Charing Cross Bridge (1903) and Pierre Bonnard’s Femme se déshabillant (circa 1930).

According to Brooke Lampley, a Sotheby’s Vice Chairman who specializes in Impressionist & Modern art, the former “is perhaps the greatest Charing Cross Bridge painting by Monet ever to come to the market.” Part of Monet’s seminal series of paintings he made in London at the turn of the 20th century, which combined natural phenomena (like fog over the Thames) with evidence of industrial transformation (smoke emanating from a train engine), “these pictures were radical, contemporary art when they were first exhibited in 1904.” The Bonnard stands out from the many intimate images the artist made of his wife and muse, Marthe, because of her stark, frontal pose – she seems simultaneously to challenge and engage the viewer.

An Intimate Look into the Klepetar-Fallek Collection

When looking at the collection Andrea and Fred Fallek assembled, Lampley sees, first of all, “passion and curiosity.” Given to each other as gifts, the paintings, drawings and sculpture had an obvious emotional resonance for the couple, but nonetheless “there are many themes that join these works together. They are all toying with the edge of figuration and abstraction, and they are all very sensual works.” Other highlights include Jacques Lipchitz’s large figurative sculpture Arlequin à la clarinette (1919), a wonderful Max Pechstein landscape (1920) and a small but vividly powerful Emil Nolde watercolor, Rote Dahlien.

Andrea lived in the Ritz Tower with the collection for 36 years after Fred’s death in 1983, the Monet always serving as the focal point of the living room. Near the end of her life, Andrea decided that after she died the collection would be sold, with proceeds going to the main charitable causes she supported, particularly the Weizmann Institute in Israel; over the years, Andrea had made several transformational gifts to the Institute in support of breast cancer research. This final gift adds yet another layer of meaning to a collection that represents so much more than an art-historical lesson. These beautiful artworks embody the journey of a lifetime.