K ate Chertavian worked with David Bowie from 1992 to 2000, building his collection of Modern British and Contemporary Art. She advised him on the purchase of many key pieces that appear in the forthcoming sales. She offered him insight and advice in a collaborative friendship that spanned his collecting career – in some cases setting him homework and acting as a sounding-board. She sat down with Sotheby's Oliver Barker to look back over works in the sale, and their significance in the story of British art history.

Oliver Barker: David Bowie was a very public figure in many ways. He was highly prolific throughout his career; but his collecting seems to be something which the world doesn’t really know a great deal about, until now. It has been a great privilege to bring this extraordinary collection to the market, as a celebration of David Bowie the collector. Kate, how did you first meet David; how did the relationship start and what was your role in encouraging his collector interest and instinct?

Kate Chertavian: Well, one, he had the collecting bug, let’s be very clear about David and the bug. He was an enthusiastic collector before I met him.

OB: Did you get a sense that he had already started buying Modern British art in particular, or was this a field that he was just about to get into very deeply?

KC: He was very much on the diving board about to jump in. Prior to that there was a Meret Oppenheim and the Sottsass collection, but the Modern British hadn’t really been engaged; but he was deeply knowledgeable.

OB: Was he somebody who really familiarised himself with the artist before acquiring their work? Or were the two in parallel?

KC: They were in parallel. He was a high-energy person that would stay up reading about things; and I’d see him in the morning and he'd have some random fact about William Turnbull, or say: ''there's a great Lanyon here''.

OB: Let’s not forget, that in Modern British art at the time, of course there was a very strong collector base, but this was not in any way a flashy global movement. This was quite a domestic sort of field to be looking at, and for somebody who spent such a considerable time travelling the world at the forefront of the avant-garde in every possible way; it seems a curious collection to put together at that point.

KC: He was a deep thinker and I think that there was such a rich vocabulary of what was happening between the wars in England. Take the Harold Gilman for example – a lot of these choices are very specific choices and I think he really understood the vocabulary, and it fed, as far as I can see, and I don't know anything about music, but it seemed to feed into his musical practice. And the idea of looking into Europe, with an English sensibility looking at these great movements, these rather exotic and glamorous movements, and through the eye of a rainy country. It seemed to appeal to him, he really enjoyed that.

OB: What were the first advances into British painting? How did you help initiate them and also mobilise an interest in other artists, like Peter Lanyon or Alan Davie?

KC: If you start a conversation with someone over a particular piece and you’re knowledgeable in a field, your responsibility is to deliver all the material you can about that field; so it’s not rocket science. You make sure that they get all the catalogues for all the sales that come up, make sure that they are acquainted with all of the good dealers in the area, and you filter out good, bad and indifferent and show excellence, show unusual, and show range.  Not always hard-hitting, very expensive pieces – but make sure that they know that a small drawing, or tightly composed small canvas is as resonant as something more expensive.

OB: I sense two things about your role: it was about enablement, and about the collaborative process.

KC: Absolutely. And there was a restorative nature to his collection. He was not a lazy man, I mean he did not sit around and just enjoy life, he was constantly working at something, so when he was working at his collection he was also in the studio; and you’d asked me earlier where I met him, I met him everywhere. There was never a dull moment.

OB: It’s interesting to me that the collecting seemed to be a very private project for him. Did people know the extent of the collection – and were there ever plans to exhibit this in its entirety?

OB: Let's go back to Auerbach. I want to talk about this extraordinary portrait of Gerda Boehm. I can understand why Bowie might have a real interest in someone like Auerbach. This is an artist who was brought to London on the Kindertransport; he lost his parents, and was ultimately penniless. He then went to art school and was taught by David Bomberg who became very well represented in this collection; but Auerbach talks almost without any kind of melancholy of his early years in Germany. This picture was featured in the 2001 retrospective at the Royal Academy; so how did that request come about and what was David’s attitude towards loans of key works in the collection? 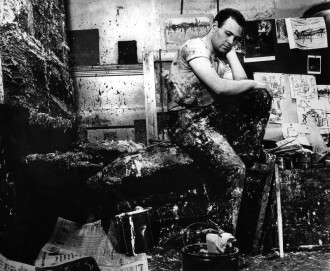 KC: It was almost always a ''yes''. I wish I could say it was more sophisticated than that. If anyone asked ask to borrow the Auerbach for an exhibition, he’d say: ''Which one? Please borrow it''. There is no long and convoluted answer to something that was actually very simple; he was just a generous man.

OB: Let’s talk about Germany. When he was in Berlin with Brian Eno making really important albums in his career, he was simultaneously going to the Die Brücke Museum and immersing himself in the works of Erich Heckel and Ernst Ludwig Kirchner. Is it fair to say that had an influence on him?

KC: I'd be cautious to say whether he was directly influenced by certain things – but I think it’s pretty self-evident he had an informational database that he drew on and may have used in performances or writing, but I wouldn’t necessarily put tight connections between these things.

OB: Let’s return to some of the other British artists; there is the most extraordinary Harold Gilman in the collection, Interior (Mrs Mounter), which has a very different aesthetic to the German expressionist works. By comparison this is a very regimented picture in many ways. How did he become interested in the Camden Town Group?

KC: It is regimented, but it's so quintessentially English; it speaks about the war years, and the relationship between the man with his landlady who has fallen on hard times, so the narrative around that picture is significant to British art. When it came up it was one of the most expensive pictures that we bought at the time, but it was a unique piece and extraordinarily important; and he knew it. So maybe it was a little bit outside his comfort level from other people's perspective, but it was well within the bounds of his collection.

OB: You talk about the idea of 'Englishness'. When you turn some of these very profound English artists, did he want to know the creators behind these wonderful objects?

KC: Very much so. In a modern British collection most of the artists were either quite elderly or otherwise no longer with us; but he met quite a few of them. As an artist, he examined art. He liked to climb in to the personality of its creator. I've worked with lots of different kinds of collectors, some of them are observational, they stand back and look at a piece, they receive the information, they make their decision; he climbed in. He would be in there trying to figure it out. If you look at Witness, the amazing Lanyon, it’s a very complicated piece and he loved the complexity and joy of it.

OB: I understand you took him to Cornwall in order to really understand the modern British art that had been created there?

KC: Well, I only had to mention Cornwall and off they went. The light and landscape of Cornwall were a fascination to him. There's a Wilhelmina Barns-Graham that captures this, as well as works by Lanyon and Winifred Nicholson. If you know our field, you recognise the great energy that came out of Cornwall, from Barbara Hepworth and Henry Moore to Alfred Wallis – all of these artists in this playing field of light.

OB: Let’s move beyond the creative melting pot post-war England and St Ives for a moment and cast an eye towards New York, which is of course a place he had a very deep relationship with as well. I'm also particularly interested in the contemporary aspect of collection from the 80s and 90s, in particular his engagement with Basquiat, and connection with Damien Hirst.

There is a dialogue with the hip, the young and the innovative. He was filming the Basquiat film with Julian Schnabel, and was heavily involved in Modern Painters, and then of course the Henry Tate hoax. There seemed to be a very conscious engagement with what was going on at that particular time. More fashionable perhaps, and not as reverential as some of the other things we've just talked about.

KC: The curiosity of working with living artists and having conversations with them was very relevant to him. But I think that his restorative collecting was something very private, and I think it was kept separate. This was the time of the YBAs, so there were a lot of interesting artists out there. Damien was a good friend and they were regular conversation. He also knew Eduardo Paolozzi and would go his studio. He was a curious man and being in conversation was a great pleasure to him. If you saw him at an event or had the pleasure of meeting him no matter who you were, he would talk to you he was that kind of guy.

OB: Did he live amongst these pieces?

OB: I'm interested to know how that happened. Did he re-hang things all the time to have different rapports with the objects and how did that look? Was it a dialogue with one picture or one object at one moment?

KC: David never staged his art. It was a conversation between pictures, one much like this room would be of interest to him. Artworks in communication with each other; a Kossoff, an Auerbach, a Davie and the Lanyon; they’re all in conversation with one another.


OB: What kind of influence did spending time with him have on you?

KC: That’s a really good question. I hope it made me a better advisor and made me listen more keenly to the needs of a client, and to step back and have no ego in the process. I'm not saying I don’t have an ego, of course I do, but I try to not always interfere with people’s choices. And now, when I'm faced with complicated advice, I’ll step back and allow the voice of the collector to resonate much more strongly than I might have before. 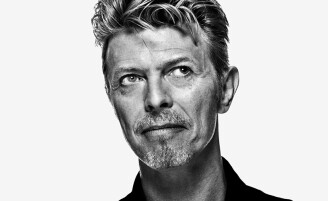 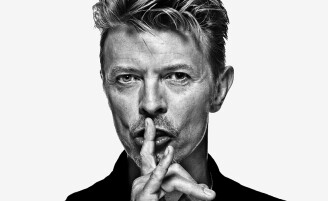