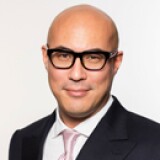 Mr. Chow has been the mastermind behind many record-breaking sales. Notable examples include a rare Ru Guanyao brush washer from Northern Song Dynasty, which fetched HK$290 million and set the world record for Chinese Ceramics (October 2017); as well as the Meiyintang “Chicken Cup” which sold for HK$280 million to Shanghai collector Liu Yiqian, establishing a world record for Chinese Porcelain (April 2014).

Over the years, Mr. Chow has introduced numerous prominent collections to the market, including Chinese Art through the Eye of Sakamoto Gorō (2013-2016), The Meiyintang Collection Parts I to V (2011 to 2013), The Water, Pine and Stone Retreat Collection (2009 –2017), and Song – Important Chinese Ceramics from the Le Cong Tang Collection (2017), among others. He is also the key figure behind many successful theme sales focusing on Imperial works of art, as well as the Curiosity sales developed since 2014 which are broadening the horizon of collectors here in Asia with a kaleidoscopic array of materials encompassing Western antiquities, tribal art, natural history and Old Master drawings.