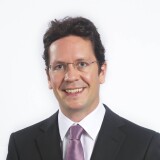 Mr King began his career in the art industry working as a cataloguer of ceramics and works of art in Sotheby’s London from 2000 to 2004, where he trained under Julian Thompson, the late Chairman of Sotheby’s Asia. After a career change and brief period of time working at Deloitte, he returned to the Chinese art world at an auction house in London before relocating to Hong Kong to head their Chinese Ceramics and Works of Art department between 2008 and 2013. In addition to a focus on Chinese porcelain, Mr King is particularly specialised in Qing dynasty works of art, and has handled a number of prominent collections in the past decade, including Snuff Bottles from the Mary and George Bloch Collection (2010-2015), Later Chinese Bronzes from the Collection of Ulrich Hausmann (October 2014) and The Robert H. Blumenfield Collection of Chinese Bamboo Carvings (April 2015). Mr King also has a deep interest in Tibetan art and supports the Indian, Himalayan and Southeast Asian art sales in New York.

Mr King graduated from Wadham College, Oxford University, with a Masters in Classical and Modern Chinese.