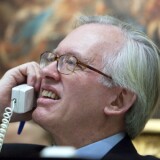 David Moore-Gwyn joined Sotheby’s in 1976, and his 36 years in the firm has given him an experience of the art world almost unique amongst auction houses. His first position was as cataloguer for both British Paintings and 19th Century Continental Paintings, and his expertise covers a wide area far beyond these fields. Educated at Winchester and Trinity College, Cambridge, where he held the Robert Styring Scholarship in History, he initially practised as a Chancery barrister in London. He took over as Head of the Early British Paintings department in 1987 and in 2005 was appointed UK Deputy Chairman. His period as department head saw Sothebys established as the clear market leader in the field of early British Paintings, with record prices established for most major British artists including Joshua Reynolds (Portrait of Omai sold in 2001 for £10.3 million), Thomas Gainsborough (Portrait of Mrs Drummond sold in 1988 for the then record price of £1.5 million), Johann Joseph Zoffany (The Dutton Family in the drawing room of Sherborne Park, Gloucestershire, sold in 2001 for the then record price of £3.5 million) and John Constable (The Lock sold in 1990 for the then record price of £10.8 million). David has also been closely involved as both expert and auctioneer in a number of major Country House sales and he has played a leading role in sales to many UK museums. He lectures widely on the subject of British Paintings, has contributed academic pieces to such publications as Macmillans Dictionary of Art and has served on the committee of the Patrons of British Art at the Tate Britain.