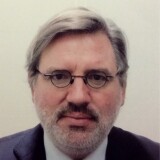 Christian Bouvet joined the Chinese and Japanese department at Sotheby's Olympia in London in 2003 before transferring to Paris to run the Arts d'Asie sales from 2007 to 2011. Christian relocated to Hong Kong in 2012 where he launched and currently heads the Mid-season sales of Chinese works of art.

The landmark auctions he was privileged to participate to during his career include the sale of the George and Cornelia Wingfield-Digby collection in 2003, the Stoclet sale of Japanese prints in 2004, Easton Neston country house sale in 2005, the sale of Imperial seals from the collection of Emile Guimet in 2008, Ming and Qing ceramics from the collection of Carl Kempe, the Sakamoto Goro series of sales in Hong Kong, as well as the sales of the ruyao washer and the Meiyintang chicken cup.

His discoveries on the French and European markets include a rare blue and white ‘twin fish’ dish from the Yuan dynasty, now in the Aurora Museum in Shanghai, an Important Yongle period blue and white 'flowers of the four seasons' moonflask, previously mounted as a lamp in a castle in Bordeaux, a rare unrecorded tankard from the Xuande reign, the Georges Estoppey collection of Chinese jades and more recently the Qian Weicheng painted scroll from the collection of the last Emperor Henry Puyi, offered in Hong Kong in April 2018.

Christian Bouvet graduated in French law and Political sciences, as well as from the EmLyon business school and the Sotheby’s Institute.