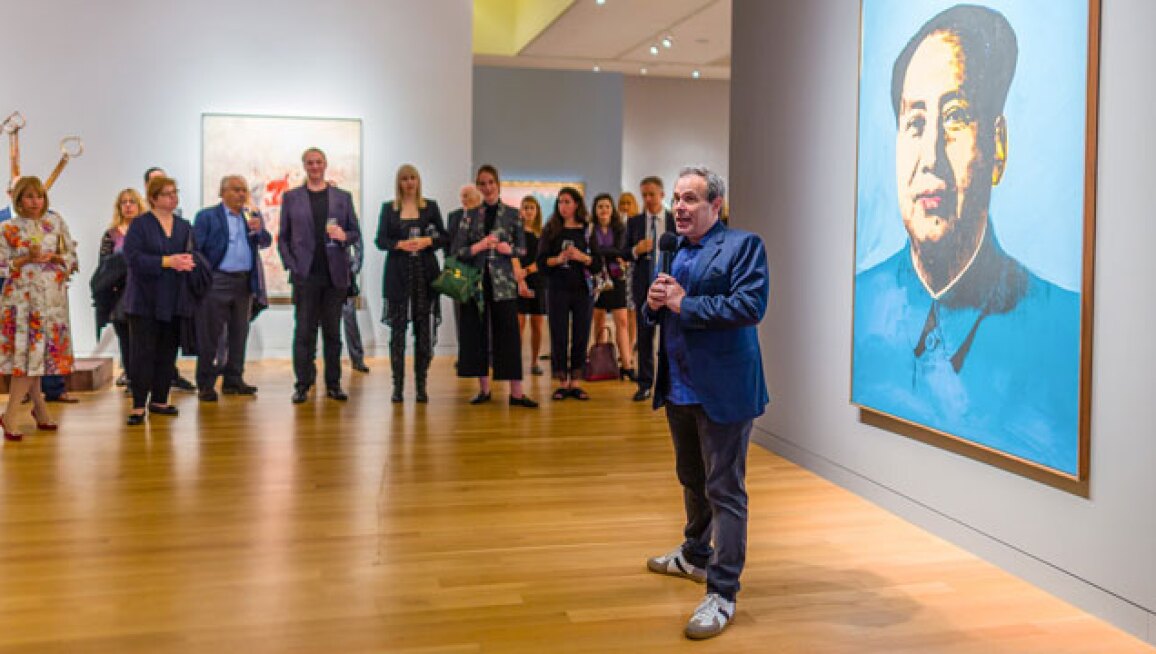 In its first year, the Sotheby’s Prize garnered a total of 92 applications from institutions in 15 different countries. On 3 November, Sotheby’s International Council officially honoured the two winners at a celebratory reception and dinner in New York. Both highlighting underrepresented areas of art history, the institutions sharing the $250,000 prize are the MCA Chicago for Many Tongues: Art, Language, and Revolution in the Middle East and South Asia, and the Nasher Museum of Art at Duke University for Pop América, 1965–1975. “Through the prize and the rigour of the winning exhibitions, we hope to open the door for more curators to think in experimental and trailblazing ways that they currently don’t have the funds with which to do so,” Sotheby’s Allan Schwartzman, one of the Prize’s five jurors, told the audience. The jury also commended three remarkable exhibitions with an award of $10,000 each. Click ahead to view images from the evening.

This exhibition was co-organized by the Nasher Museum of Art at Duke University, Durham, North Carolina, and the McNay Art Museum, San Antonio, Texas.