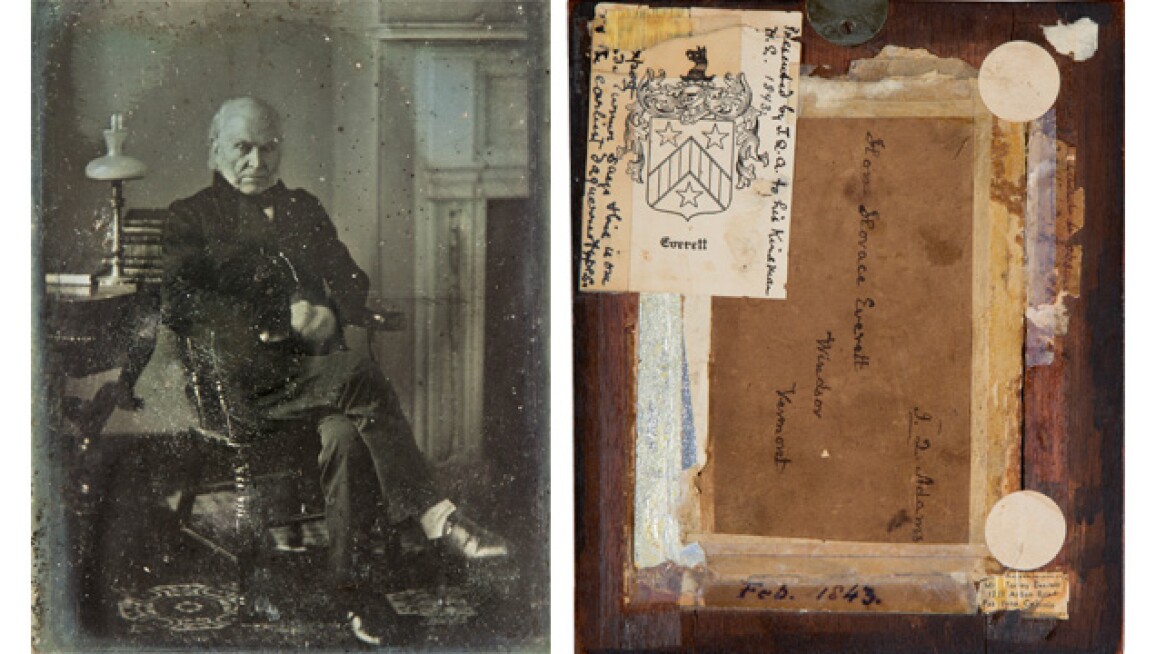 When he posed for this portrait, John Quincy Adams (1767–1848) had completed his term as the sixth American president (1825–29) but was still serving his country as a congressman from Massachusetts. An indefatigable diarist, Adams documented the sitting in entries for 8 and 16 March 1843, when he twice visited the Washington, DC studio of Philip Haas. This recently rediscovered plate – the only one currently known to have survived from the Haas sessions – is believed to be the earliest photograph of an American president to come to market in many years and the earliest extant photograph of the man himself. An invaluable document, this daguerreotype crystallises a remarkable moment in the history of photography and American politics.