The Glory of a Rare Medieval Hebrew Bible 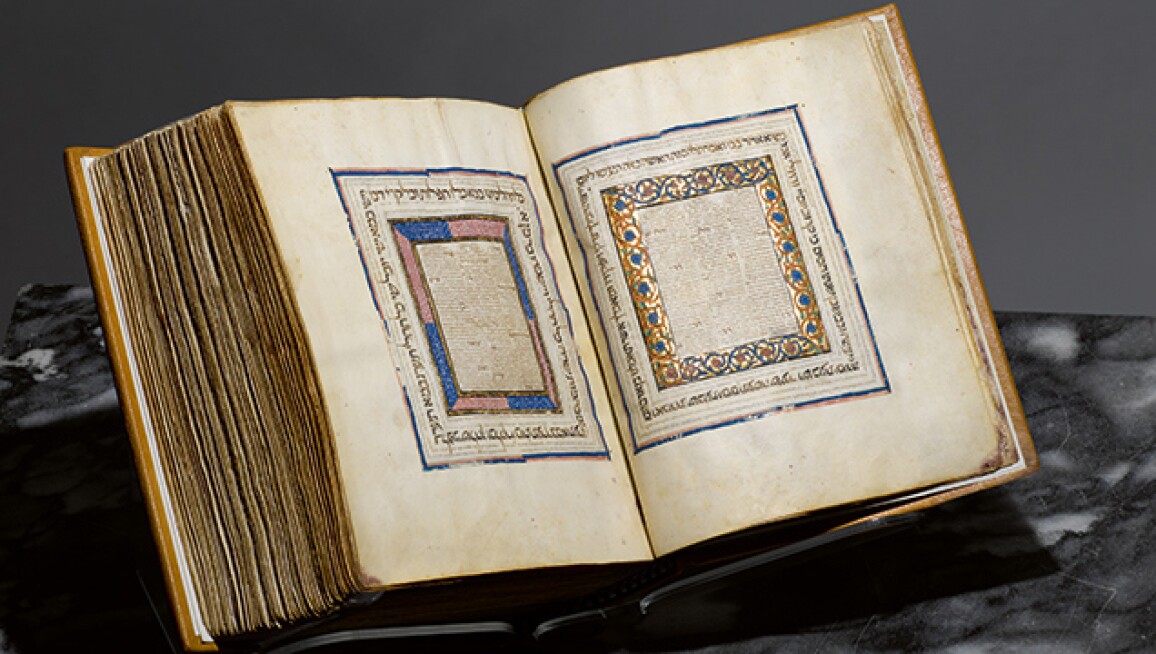 A remarkable testament to the cross-cultural influences in the Golden Age of medieval Spain, this splendid illuminated Hebrew Bible is an exceptionally important exemplar of medieval book arts and literary culture. Dating from the first half of the 14th century in Castile, it features lavishly painted borders and intricately penned micrographic decoration. One of only three complete decorated Hebrew Bibles from Spain to come to auction in the past century, this extraordinary work also bears the distinction of being one of only six such manuscripts held in private hands. Click ahead to discover the story behind this rare Hebrew Bible.