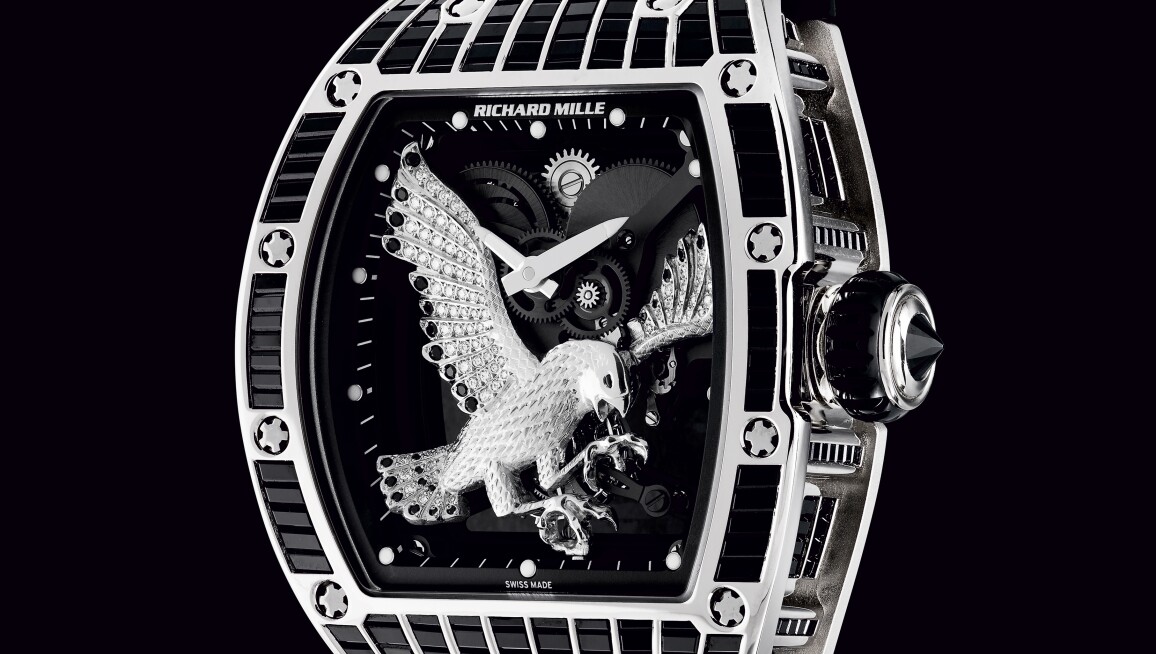 S ince its founding in 1991, Richard Mille has become one of the greatest watchmakers in the world, known for its its luxurious materials and precise clockwork. Each timepiece is designed to deliver the most exacting performance that is technologically possible, while introducing complex innovations with cutting-edge materials usually found in aerospace, yacht racing and Formula One cars. This reflects the brand’s deep roots in sport, which includes sponsoring leading events such as the Le Mans Classic and endorsing elite athletes like the tennis player Rafael Nadal.

M 57-02 Tourbillon Falcon, an extravagant, striking and exceedingly rare wristwatch featuring a sapphire-set, white gold case, perfectly captures Richard Mille’s unique identity. At its heart, a diamond-set falcon poised for attack symbolises strength, speed and competitiveness, while also serving as a cover for the complicated skeletonised tourbillon movement. Appearing for the first time at auction, this limited-edition Tourbillon Falcon represents the highest level of craftsmanship Richard Mille has to offer, and is an enticing prospect to anyone wishing to elevate their watch collection. 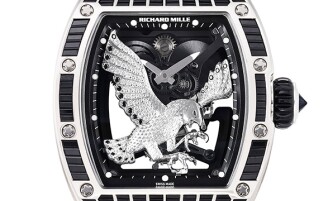 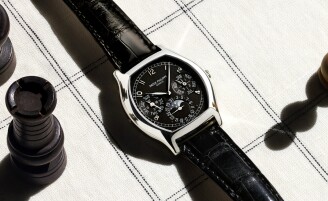 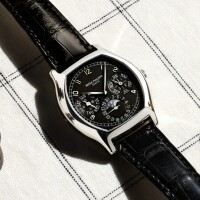 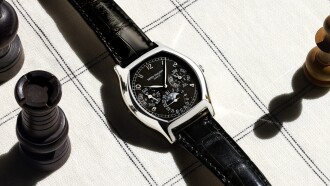 Luxury Consignments
How to Sell Your Watch with Sotheby's