In association with the French auction house Binoche & Giquello, Sotheby's will auction off the last chapter, begun in 2011, of this literary collection built over sixty years by R. & B. L in an auction on 22 May. It was assembled on the same principle, combining books and autographs of French literature, music and the arts from the 16th century to the present day. The last part of the collection is dedicated to 19th and 20th-century writers, musicians and painters. This remarkable ensemble puts correspondence together with literary texts, musical scores alongside original drawings. Click to discover highlights from the sale. Click the image above to view the slideshow. 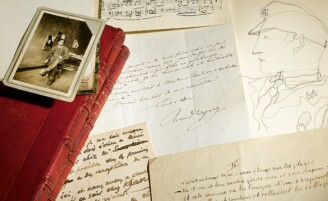