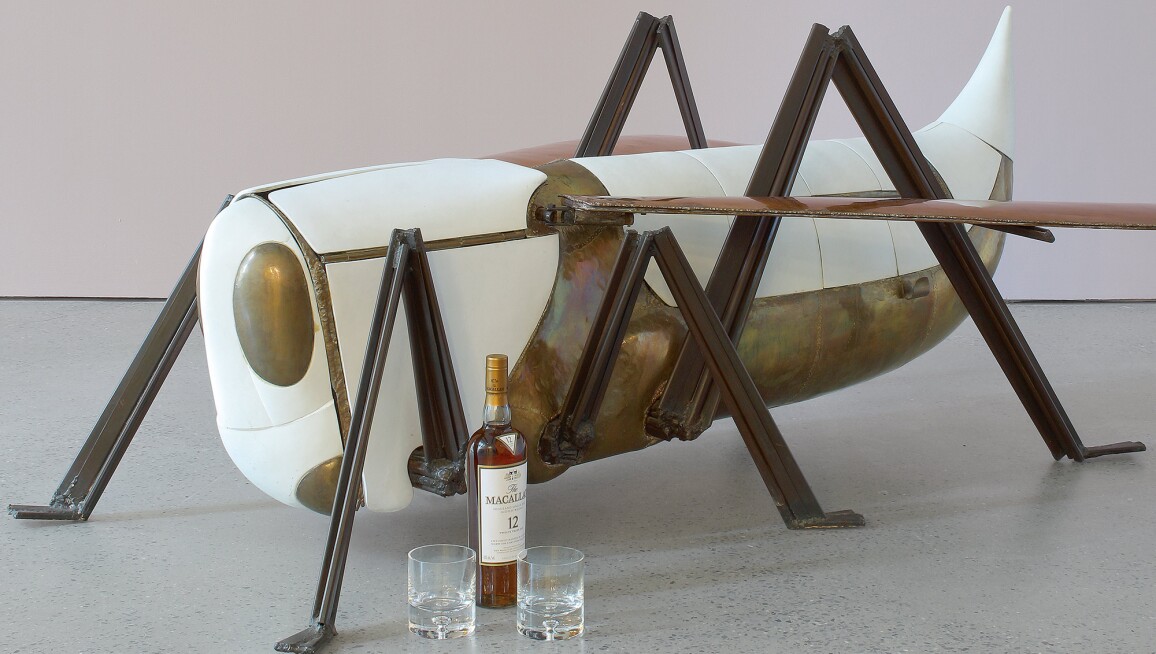 François-Xavier Lalanne’s whimsical 1970 “Sauterelle” Bar defies categorization: a piece of functional furniture with wings that convert to trays and a chic storage system to conceal liquor and barware, this luxurious sculpture is fashioned in Sèvres porcelain and polished brass. A dreamer who began his bestiary of sculpture in 1964 with Rhinosecrétaire, Lalanne sought to create inventive works that were also practical. This nearly six-foot-long grasshopper, part of an enchanting series of animal sculptures, is one of only two examples produced. The other, a generous gift by former French president Georges Pompidou in 1970 to Queen Elizabeth II, still resides in her private collection at Buckingham Palace.