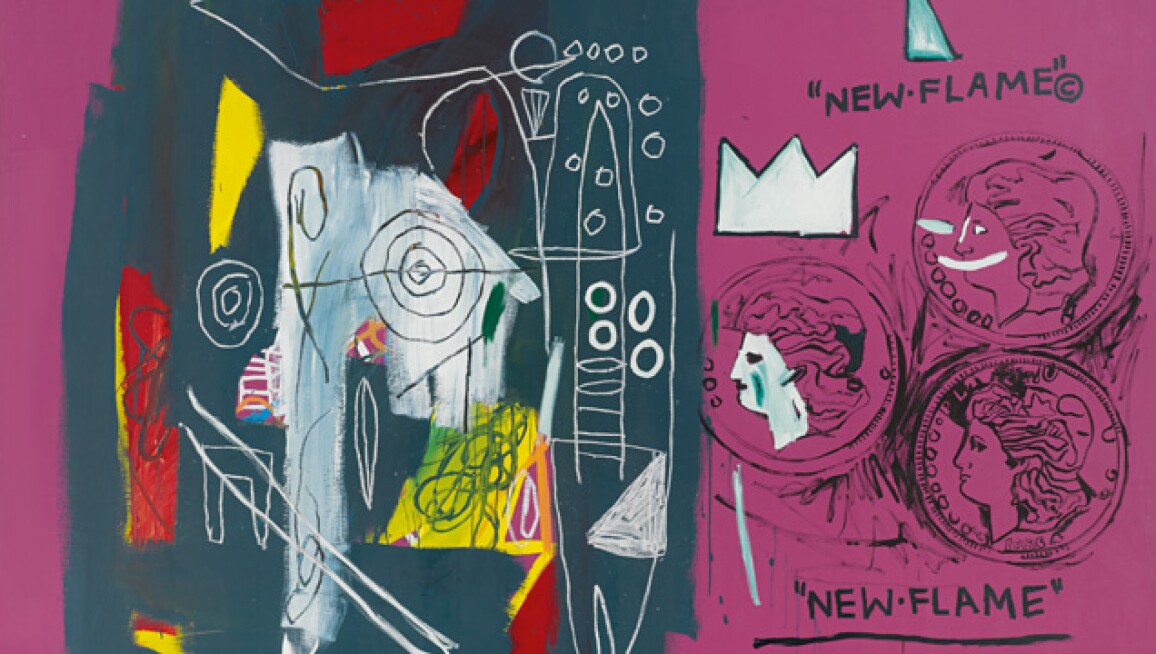 Unsurprisingly, the teenage Jean-Michel Basquiat revered Pop art king Andy Warhol, who typically remained aloof during the young man’s early visits to the Factory. But in late 1982, Swiss power-dealer Bruno Bischofberger set up a lunch between them, and Warhol started paying attention. Thus began a collaboration that made perfect sense for the two artists at a time when, as longtime Factory assistant Ronnie Cutrone put it, “Jean-Michel thought he needed Andy’s fame, and Andy thought he needed Jean-Michel’s new blood.” The pair found fruitful common ground, with Warhol laying down signature tropes and Basquiat responding with taunts and defacements. Keith Haring visited them at work and noted: “It was a physical conversation happening in paint instead of words.” One of their joint efforts, New Flame, from the prestigious collection of Tommy Hilfiger, synthesises their individual approaches into a brilliant visual dialogue. Click ahead for a detailed look at this extraordinary collaborative work.