A Treasure Trove of Sumptuous Materials and Superb Craftsmanship 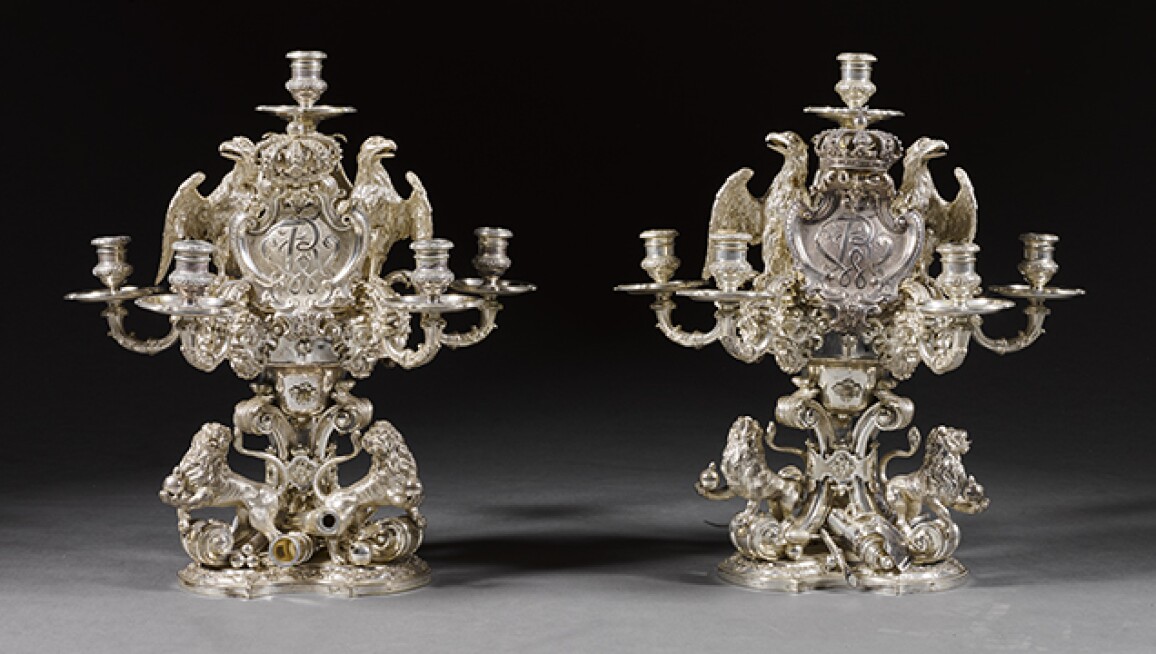 The Treasures sale in London on 5 July is a superbly curated sale featuring 44 lots that demonstrate a rich diversity in style and age. The sale is led by magnificent works of art from the Property of the Prince of Prussia, including a pair of silver six-light candelabra from the Throne room of the Berliner Schloss, the Elector of Brandenburg’s Italian etched and gilt three-quarter cuirassier armour and a parcel-gilt silver drinking cup in the form of a stag.