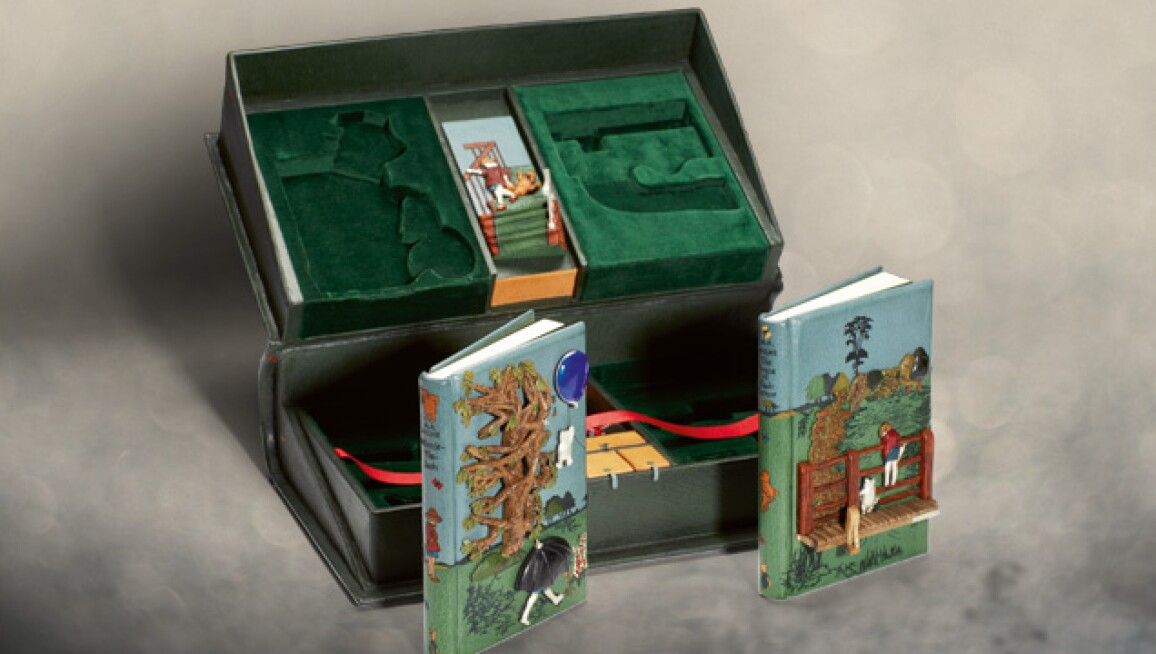 From rare first editions to one-of-a-kind bindings and unpublished illustrations, our curated selection of extraordinary literary gifts are sure to please the book-lover on your holiday shopping list. Click ahead for some of our specialists’ favourites this season, including the first appearance of Harry Potter in book form, an inscribed first edition of Thomas Pynchon's first novel V., and more.