Liberty's of London, A Legacy in Clockmaking: The Talmor Collection

By Dr. Stephen A. Martin

A beautiful clock is more than a timepiece; it is a companionable witness to the arc of our lives. Bringing this important distinction home is The Talmor Collection of Liberty Clocks. These marvelous silver and pewter objects please the eye, teach us to value the passage of time (it is not uncommon for their dials to have wise aphorisms on them such as “Festina Lente”—“make haste slowly,” or “Tempus Fugit”—“time flies,” rather than Arabic or Roman numerals), and sensitize us to the feeling nature of time.

The clocks were created during a relatively narrow span of years, around 1899 to 1906 that chronicles the lifespan of the most successful “emporium” of the late 19th and early 20th century, Liberty’s of London, as well as encapsulating the major design movements of the years just before the First World War. 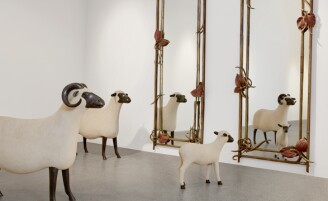 In the last few decades of the 19th century, there arose a nationalistic pride across Europe that inspired artisans to turn their attention to well made objects that reflected their respective national styles and challenged the impersonality of industrialization. Liberty surmised correctly that in the United Kingdom the preference for the “exotic” would give way to a desire for a style that personified the quintessentially “British,” and that would reflect a glorious past while formulating an exciting aesthetic future. This is nowhere more successfully demonstrated than in Liberty metalwork, both silver and pewter, that for all intents and purposes, it defined ‘fin de siècle’ work in these materials and helped give birth to “Stile Liberty” that is often equated to Art Nouveau itself.

Of the various designers of the house of Liberty, none had the creative and commercial impact of Archibald Knox (1864–1933). Engaging Knox to be his principal metalware designer ranks in importance with Liberty’s ability to predict stylistic trends of the future. Raised on the Isle of Man, Knox’s design aesthetic was suffused with a distinctly pure Celtic spirit, as the island was a Celtic stronghold, never having been conquered by the Romans. Carved standing stones and crosses as well as illuminated manuscripts were Knox’s creative life-blood, so much so that the entrelac, or Celtic knot, the archetypal design motif of Celtic art, was second nature to him. He transformed and modernized this ancient element and applied it ingeniously to his design work. Knox’s preternatural Celtic vision gave aesthetic life to Liberty’s vision of a national art. Together they were a resounding commercial success. Knox possessed an uncanny ability to incorporate aesthetic influences fom Aestheticism, Japonisme, Arts and Crafts, Art Nouveau, Jugendstil, Secessionism and, of course, the Celtic Revival to create objects of stunning beauty that are amongst the greatest in the history of British design.

The Talmor Collection has numerous exceptional examples of Knox’s genius and Liberty’s prescience. The collection is itself a work of design, carefully crafted to represent the most beautiful and iconic examples of Liberty clock making. Assembled with passion and intelligence, this collection is not only a time capsule of Liberty’s business acumen or Knox’s artistic greatness, it also incarnates the scope of modern design history as it moved from its early days of the Arts and Crafts Movement and Art Nouveau through to the birth of Modernism. These clocks are objects that arouse desire while reminding us, in their humble functionality, that the real value of time is not in its precision but in the beauty of its form.

Upcoming Lots from the Talmor Collection 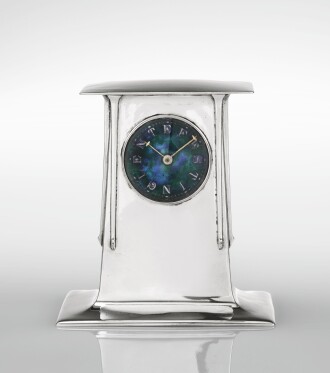 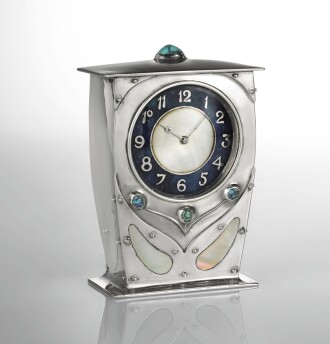 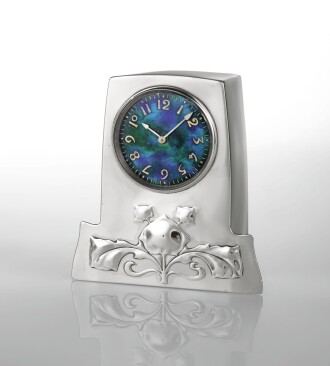 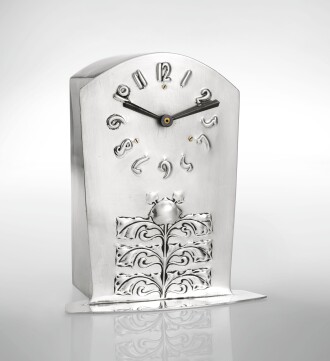 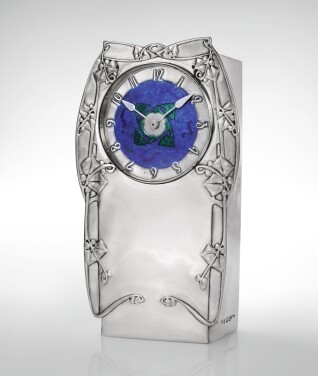 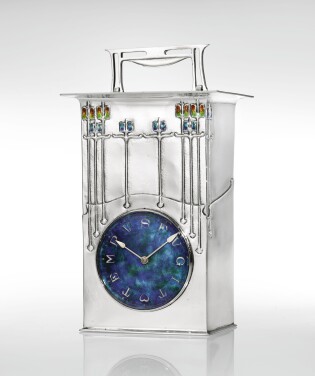 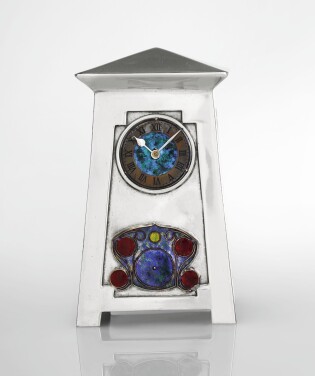 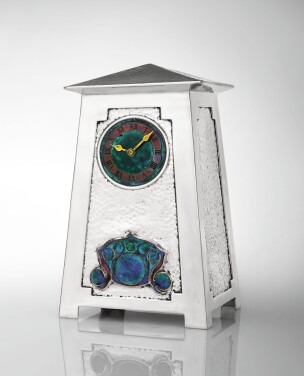 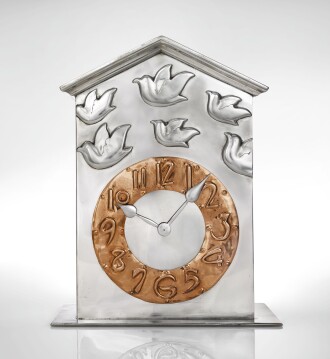 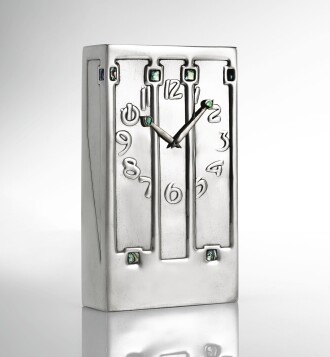 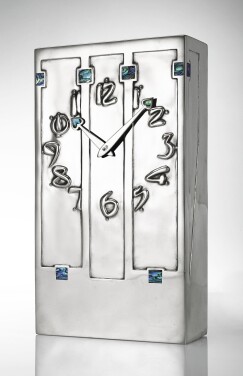 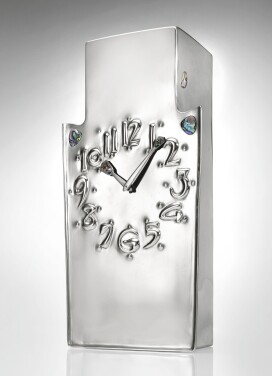 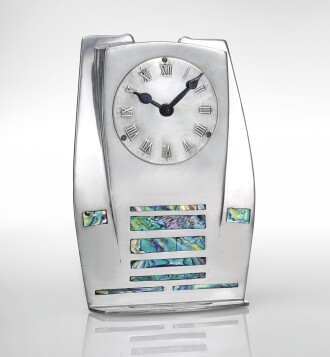 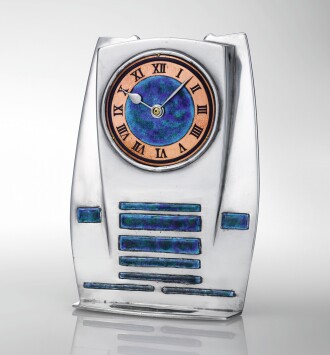 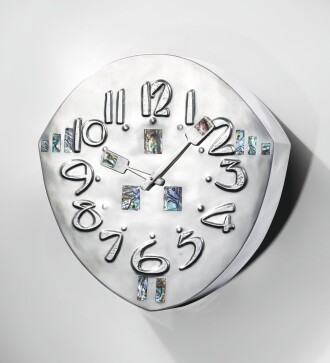 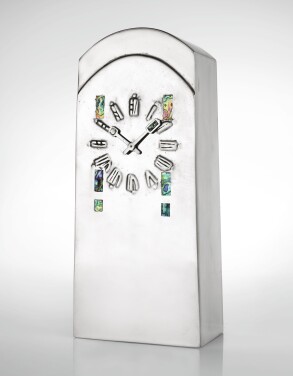 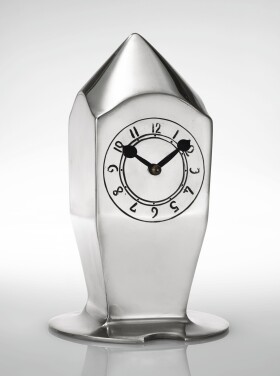 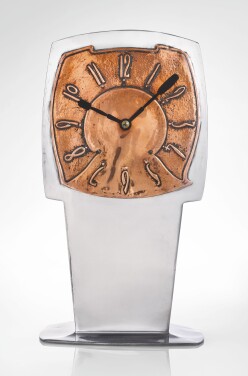 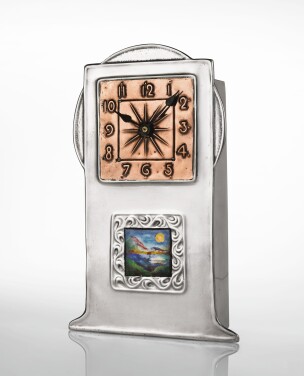 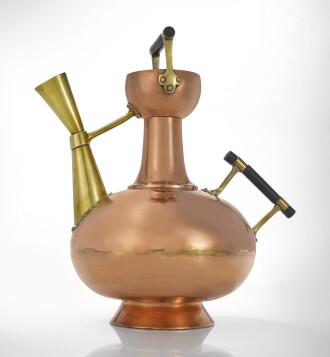