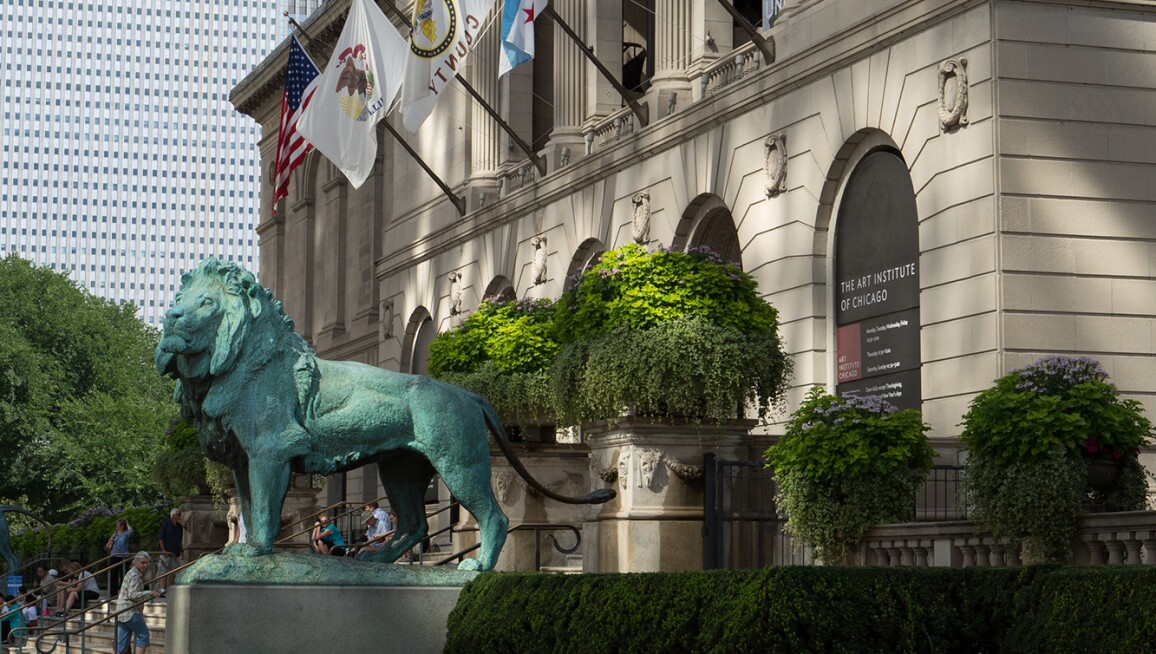 The Art Institute of Chicago collects, preserves, and interprets works of art of the highest quality, representing the world’s diverse artistic traditions, for the inspiration and education of the public and in accordance with our profession’s highest ethical standards and practices.

The Art Institute of Chicago was founded as both a museum and school for the fine arts in 1879, a critical era in the history of Chicago as civic energies were devoted to rebuilding the metropolis that had been destroyed by the Great Fire of 1871. The Art Institute found its permanent home in 1893, when it moved into a building constructed on what is recognized today as the traditional homelands of the Council of Three Fires—the Ojibwe, Odawa, and Potawatomi peoples. Built jointly with the city of Chicago for the World’s Columbian Exposition at the intersection of Michigan Avenue and Adams Street, that building—its entry flanked by the two famous bronze lions—remains the “front door” of the museum even today.

In keeping with the academic origins of the institution, a research library was constructed in 1901; eight major expansions for gallery and administrative space have followed, with the latest being the Modern Wing, which opened in 2009. The permanent collection has grown from plaster casts to nearly 300,000 works of art in fields ranging from Chinese bronzes to contemporary design and from textiles to installation art. Together, the School of the Art Institute of Chicago and the museum of the Art Institute of Chicago are now internationally recognized as two of the leading fine-arts institutions in the United States.

Please enter via the Modern Wing Entrance at 159 East Monroe as this entrance is typically less busy. Kindly visit the standard visitor services desk to receive complimentary admission upon presentation of your card.