The People Shall Govern! Medu Art Ensemble and the Anti-Apartheid Poster 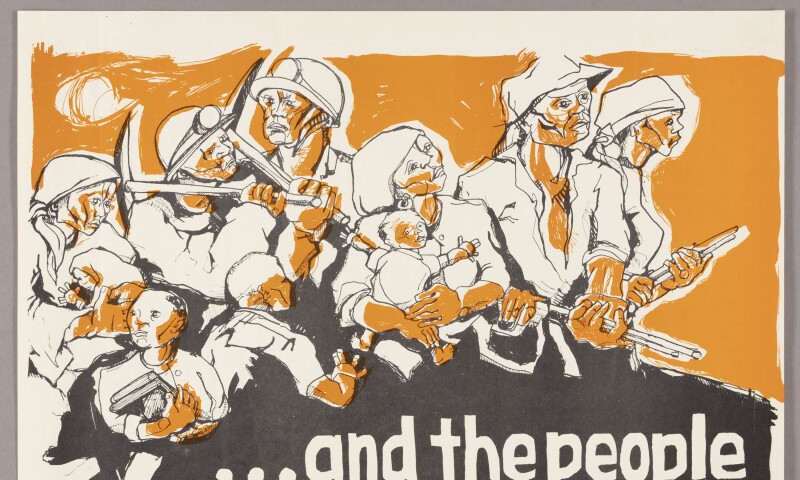 Revolutionary images with bold slogans were one tool this art collective used to advocate for social justice and pan-African solidarity.

The Medu Art Ensemble formed in the late 1970s in opposition to South Africa’s apartheid policy of racial segregation and violent injustice. Through graphic design and poster production, members forcefully articulated a call for radical change, advocating for decolonization or majority (nonwhite) rule in South Africa and in the neighboring countries of Angola, Mozambique, Namibia, and Zimbabwe. Medu, meaning “roots” in the Sepedi language, evolved organically and operated underground, as its name suggests. Persecuted by the South African Defense Force, Medu members lived and worked in exile just across the South African border in Gaborone, Botswana. Defying a ban on their existence, the Medu collective at its height numbered as many as 50 South African and international artists, musicians, and writers.

The People Shall Govern! is the first-ever exhibition on Medu in North America. Featured among its 130 objects are more than 60 posters by members of the ensemble and related makers, all recently acquired by the Art Institute of Chicago. Collaboratively executed and often printed in the hundreds, Medu’s offset lithograph and screen-printed posters combine sobering and revolutionary imagery with bold slogans that, in word and image, mobilized citizens to support causes in social and economic justice and encouraged pan-African solidarity.