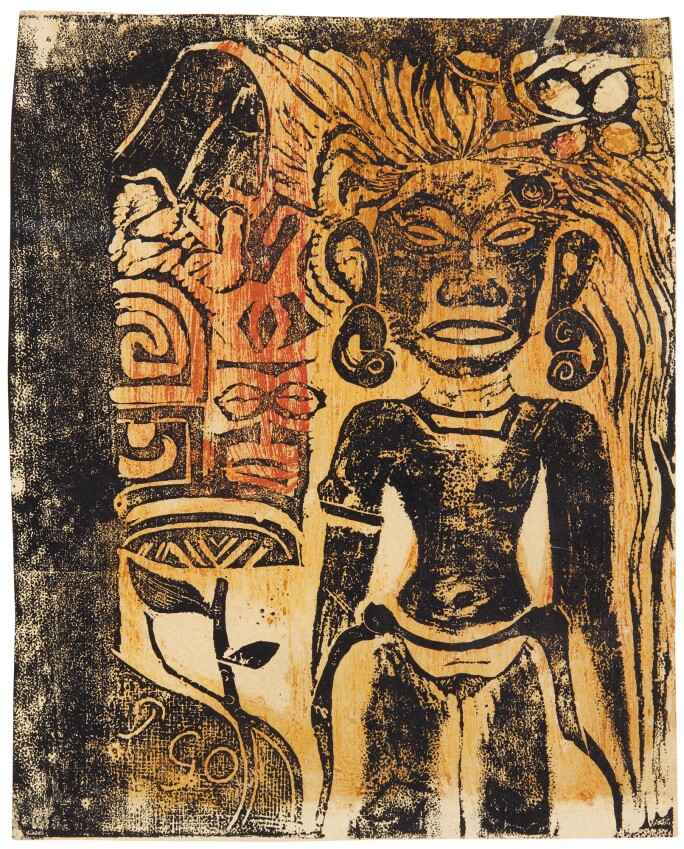 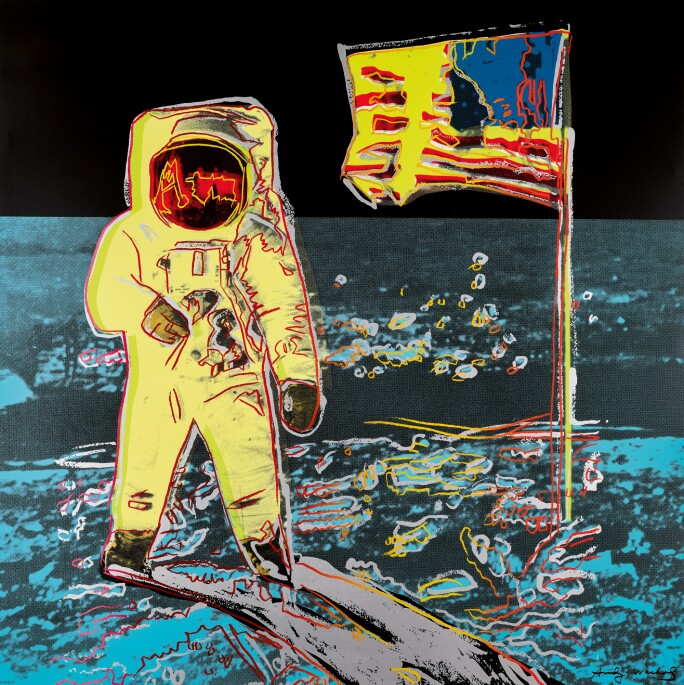 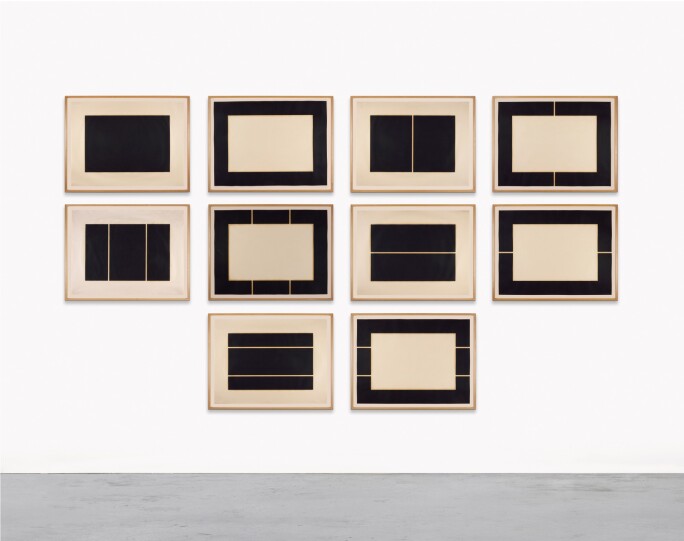 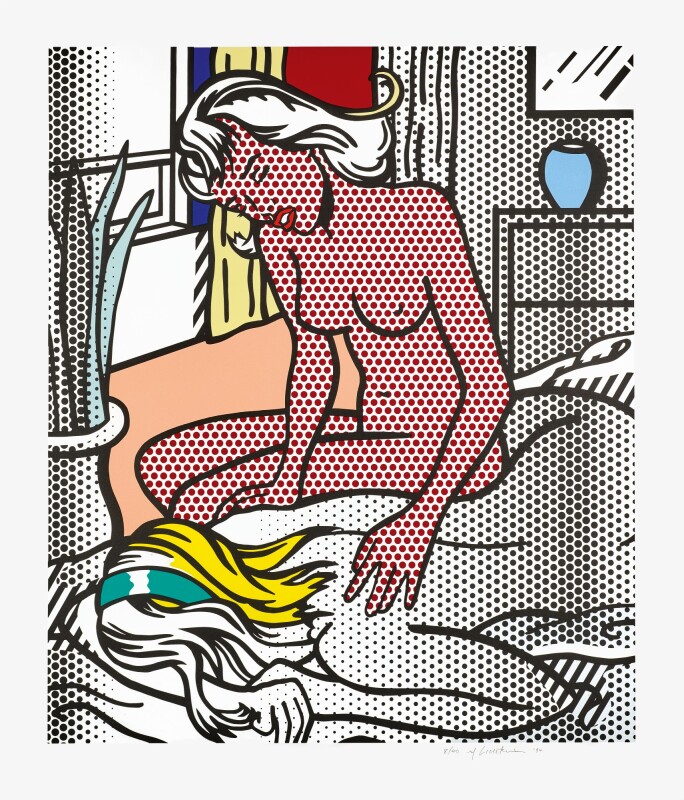 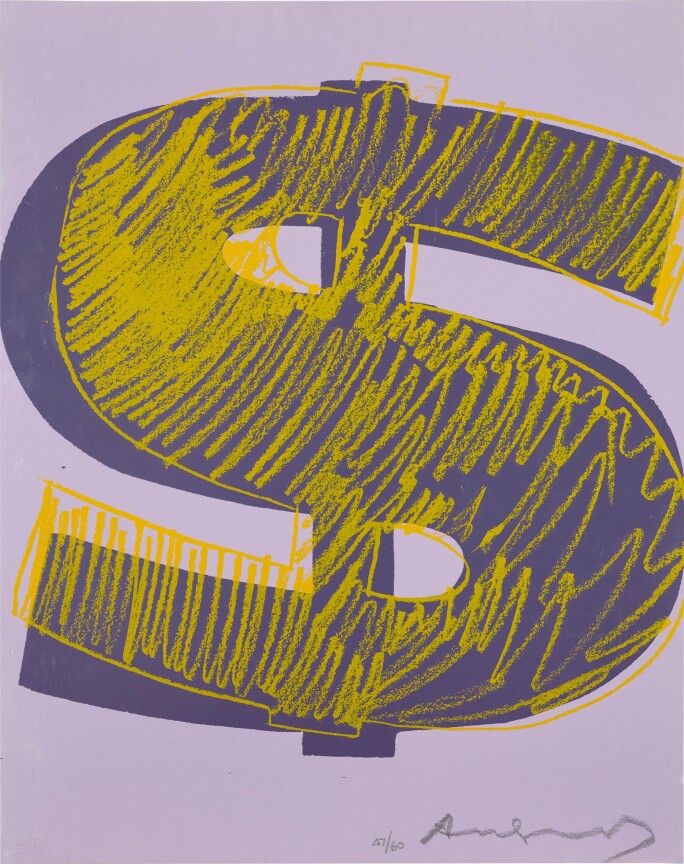 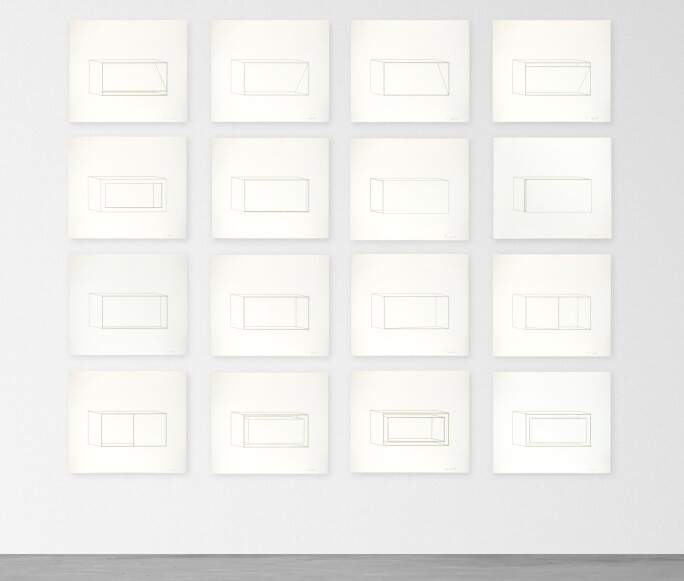 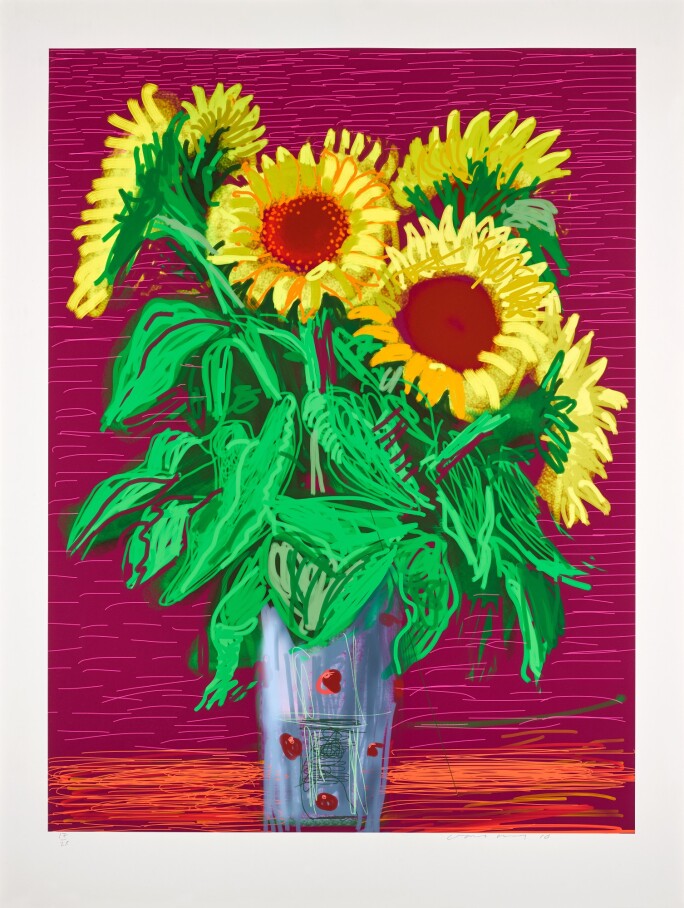 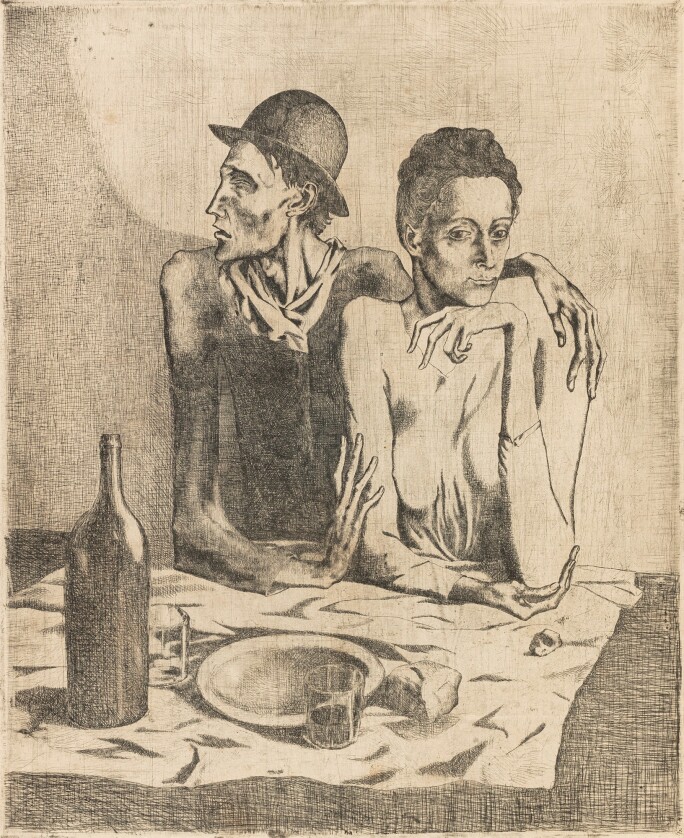 While printmakers like Warhol and Tom Wesselman responded to and fuelled their contemporaries’ interest in fame and consumerism, others used screenprinting to critique current values and institutions. Robert Indiana, for example, imbued ‘sculptural poems’ into prints like The Golden Future of America, which challenges the viewer to question authorities from the IRS to the FBI. No matter their angle, the artists who led the Pop art movement redefined the meaning of the ‘American Dream’ and the trajectory of American printmaking. 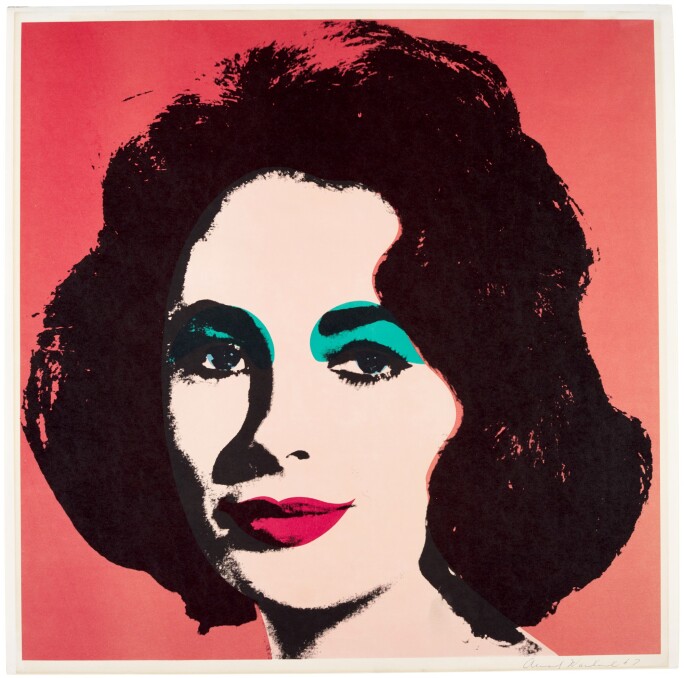 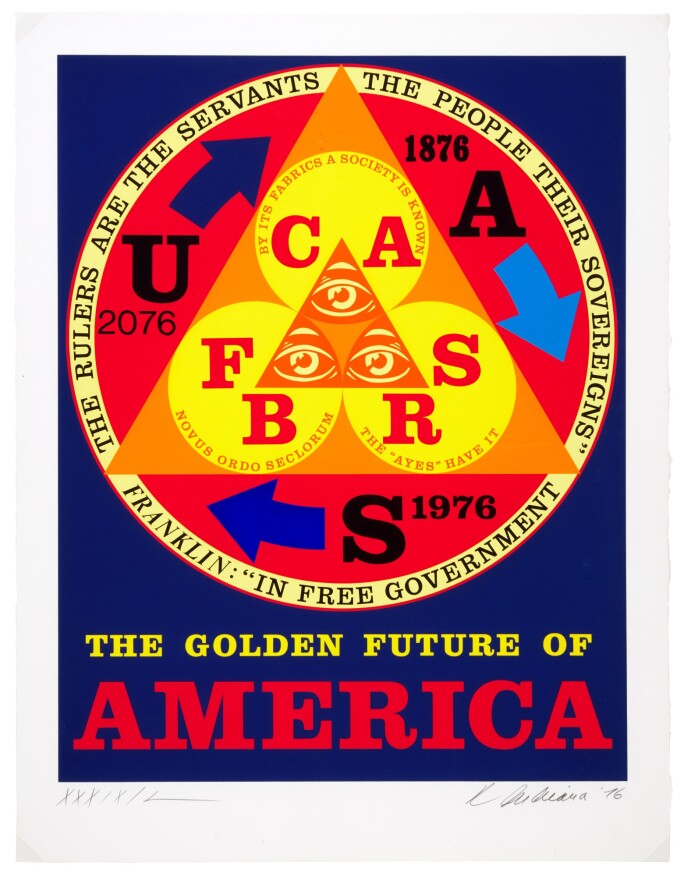 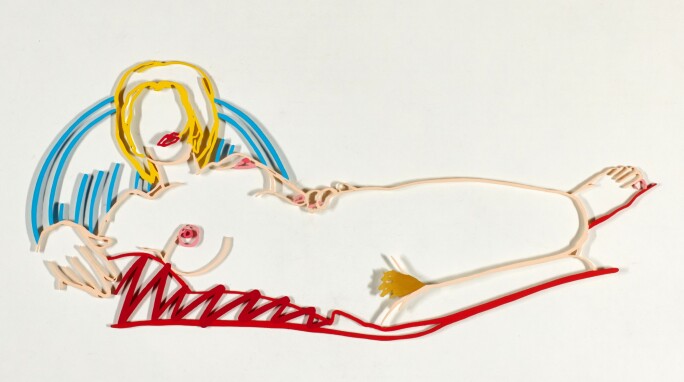 Following a visit to Japan in the 1970s, where he was inspired by calligraphy and Sumi ink painting, Willem de Kooning created a series of gestural, monochromatic lithographs, such as Woman on Clearwater Beach. Fellow Abstract Expressionist Sam Francis was also influenced by Japanese culture, which encouraged him to embrace the use of white space in his works—for example in Untitled (SFM82-246)— as a way of allowing for contemplation and meditation.

While Donald Judd adopted a divergent visual language in his minimalist prints, his works invite a similar interaction. Untitled (S. 177-186) comprises five sets of pairs, with each print being the direct inverse of another. Printed in rich ivory black ink on pale Okawara paper, the woodcuts’ stark contrasts and pulsating repetitions focus the eye solely on the pure forms visible and the unprinted expanses that they frame. They thereby encourage a sense of meditative immersion from the viewer.

Though she rejected the Minimalist categorisation, Agnes Martin’s grid-based images have an analogous effect. Untitled (1988) invites the viewer to study its symmetrical and repeated, yet vaguely imperfect, lines. According to Martin, by immersing oneself in this activity—one that is detached from the physical world and is carried out quietly and in solitude—it is possible to engage with art as a form of ritual or meditation. 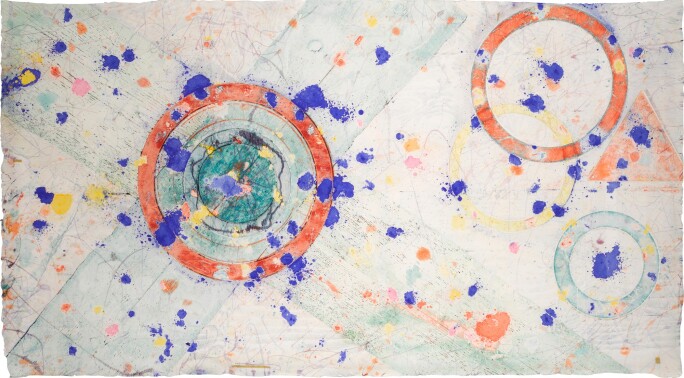 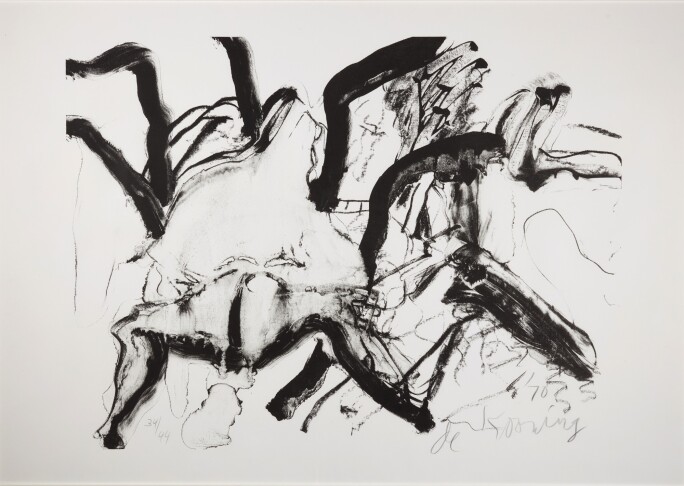 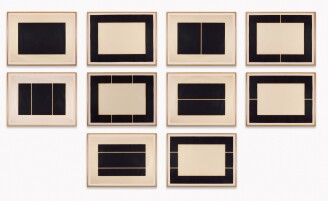 Prints
Donald Judd and the Making of an Object

We all have them, we avoid talking about them, and we tend to hide them. By contrast, and completely unashamedly, Andy Warhol built a career out of them: guilty pleasures.

At the beginning of his career in the 1950s, Warhol worked as a graphic designer for shoe company I. Miller and Sons; he soon became known as known as ‘the da Vinci of the shoe trade’. His fixation on the motif continued throughout his oeuvre, as seen in depictions such as Shoes (F. & S. II.253) – a celebratory, even fetishistic, representation of the allure of the commodity.

Glamour, excess and celebrity were equally revered in Warhol’s work. At legendary venues such as Studio 54, Warhol could revel in these pleasures, which served as the inspiration for images such as Committee 2000 (F. & S. II.289) and Mick Jagger (F. & S. II.143). Then, even more explicitly and unapologetically, in a unique screenprint from 1982, Warhol depicted the ultimate guilty pleasure and emblem of consumerism: $ (1) (See F. & S. IIA.274-279) 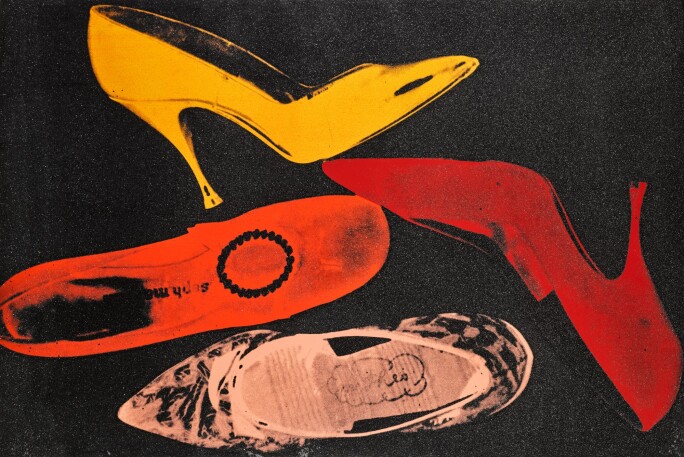 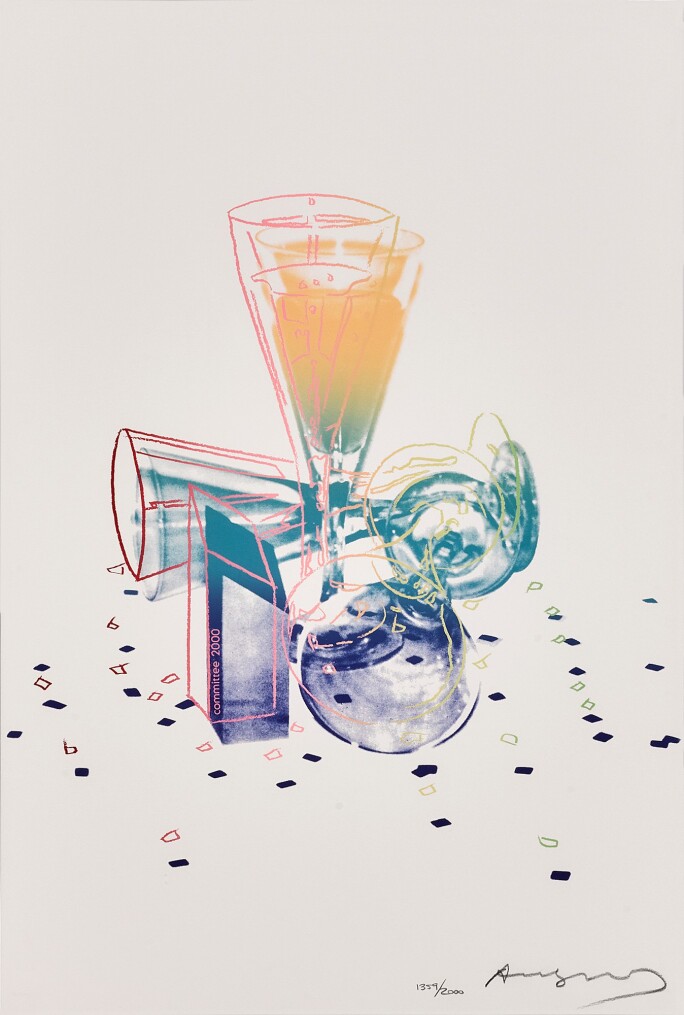 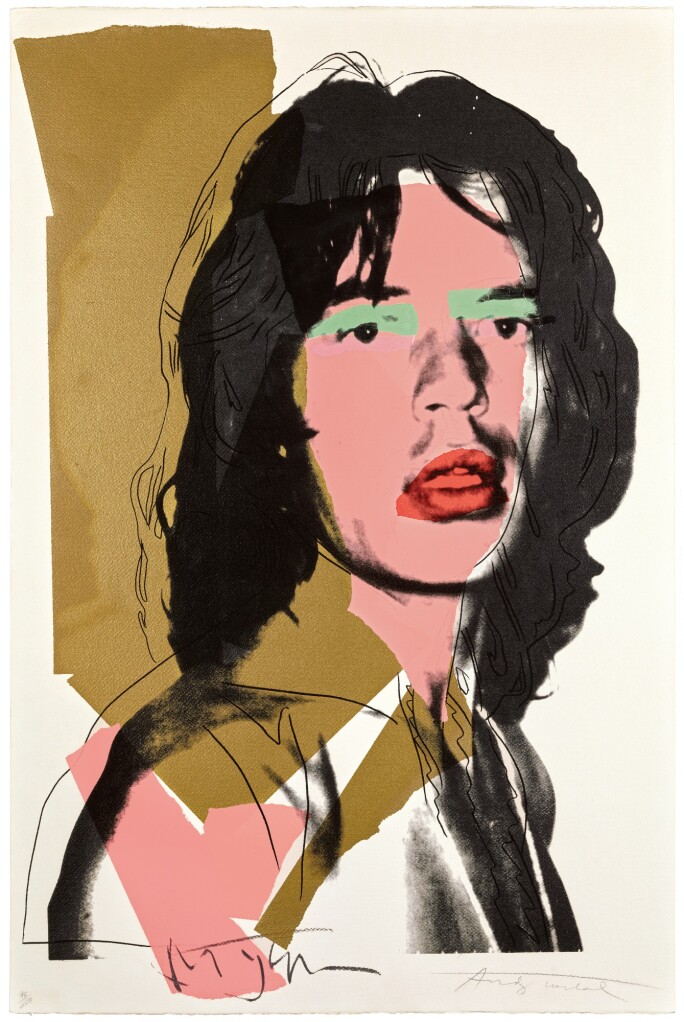 Cabarets, clandestine café societies, and absinthe: Belle Époque Montmartre was a bohemian playground. Inspiration could be found around every corner of this Parisian enclave, where struggling artists, dandyish writers, and aspiring songstresses mixed and mingled behind the ivy-clad walls of Au Lapin Agile before ending the night at the Moulin Rouge. Decadent, yet inclusive, in its heyday Montmartre was a haven for artists from aristocratic backgrounds, such as Edgar Degas and Henri de Toulouse-Lautrec, who rejected the stringent Salon and its classical nudes in favour of local starlets like Jane Avril.

Other artists, such as Paul Gauguin, found the hedonism of Montmartre overwhelming. With Degas’s support, he escaped to the far reaches of Tahiti, finding solace in relative isolation. And a decade after Gauguin’s departure, in the twilight of the Belle Époque, Pablo Picasso arrived to find Degas’s dancers and Lautrec’s twinkling bars replaced by itinerant circus performers and dilapidated apartments 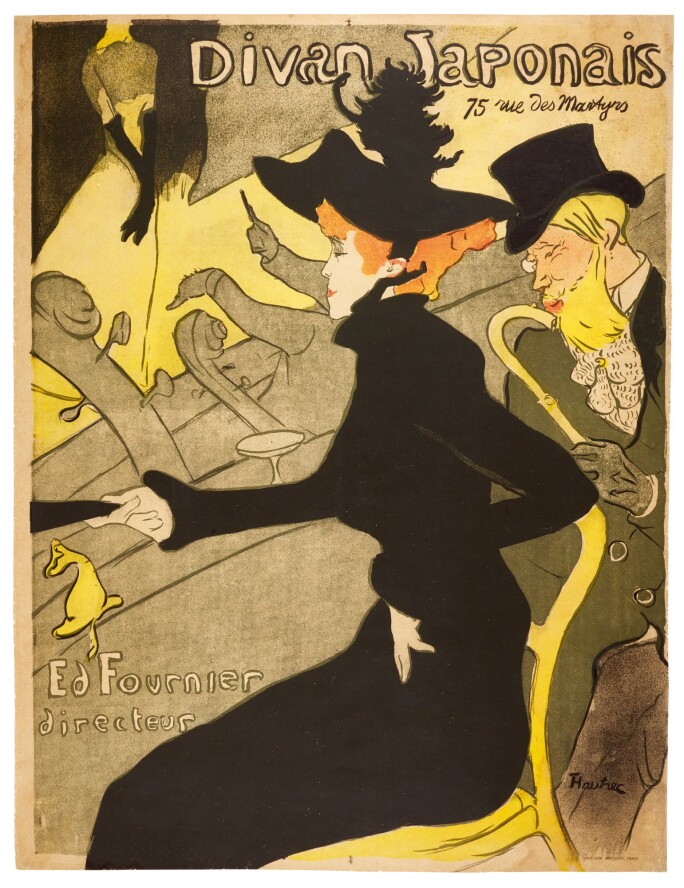 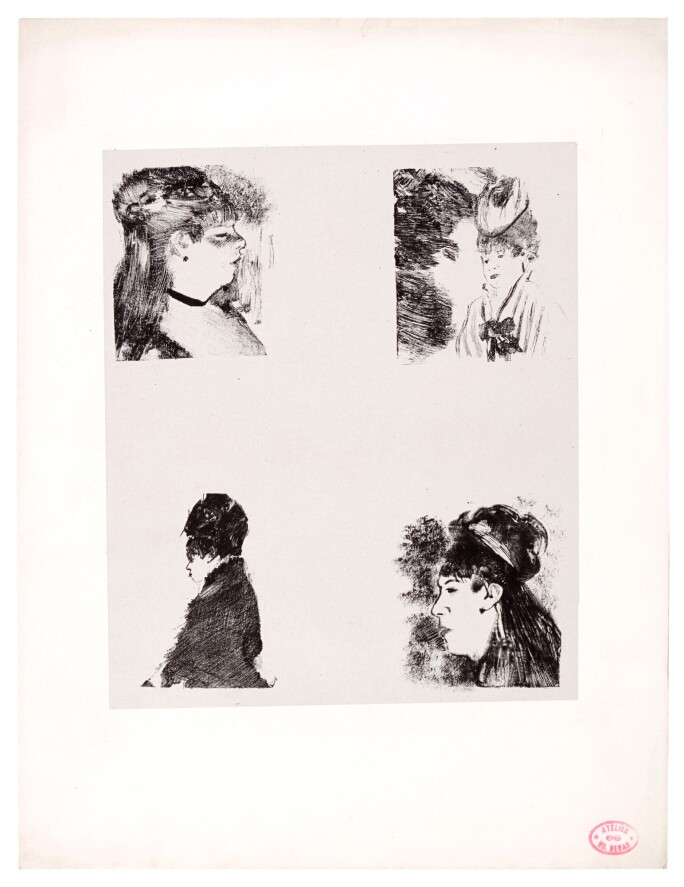