Photographs from the Ginny Williams Collection

S otheby’s is honored to present the final chapter of The Ginny Williams Collection – a series of sales that began with record-shattering auctions in New York this past June and July, our photographs sale, and a selling exhibition focused on Ruth Bernhard. A pioneering collector, gallerist, and lifelong patron of the arts, Ginny was a dynamic force in the art market for more than three decades, passionately collecting more than 1,000 photographs by the time of her passing. As a staunch advocate for female photographers, she collected works by Ilse Bing, Dorothea Lange, Berenice Abbott, Helen Levitt, and Gertrude Käsebier, all featured in this sale. The photographs in The Ginny Williams Collection display a breadth of vision and connoisseurship that is nothing short of remarkable; the estimates for works in this auction range from $300 to $30,000 and are all offered without reserve.

Before there were drones, capturing an image from high above the ground was an arduous and often treacherous task. Yet many 20th century photographers such as André Kertész, Margaret Bourke-White, Arthur Siegel, and Andreas Feininger made images from great heights. Two portraits of Margaret Bourke-White atop the Chrysler Building, both taken by her assistant Oscar Graubner, offer dizzying proof.

Margaret Bourke-White was a woman of many firsts: she was the first female photojournalist for LIFE and Fortune magazines, the first female war correspondent during World War II, and the first Western photographer authorized to photograph Soviet industry. Ginny Williams collected Bourke-White’s photographs in depth, as demonstrated by the wide range featured in this auction. 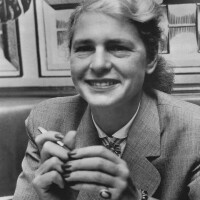 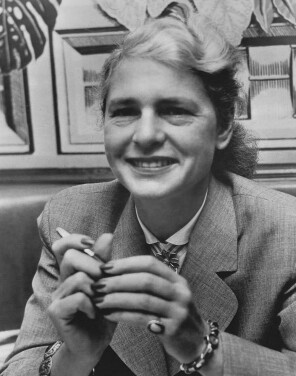 Time and again, the people and skyscrapers of New York City have inspired photographers of every generation. Images by Berenice Abbott, Marjory Content, and Edward Quigley, among others, embody the dynamism and energy of the Big Apple.

The Ginny Williams Collection features photographic explorations of the human form, such as works by Judy Dater, Bruce Davidson, and Eadweard Muybridge. These images explore themes ranging from femininity and motherhood to physical fitness and decomposition.

Portrait of the Artist

From Pim van Os’ playful self-portrait reflected in a bar mirror to Yousuf Karsh’s austere, timeless portrait of Georgia O’Keeffe, photographers have perennially documented themselves and their peers to create indelible images of the person behind the photograph, the canvas, or the novel.