T he 15 April Magnificent Jewels sale is a vibrant celebration perfect for springtime. Centered upon a curated group of important diamonds and exceptional colored stones, the sale is led by a rare 41.50-carat D color, Flawless, Type IIa round diamond, with Excellent Cut, Polish and Symmetry. The auction also presents the private collections of American actress Rhonda Fleming, known as the “Queen of Technicolor,” as well as Miami-based Philanthropist Patricia Wallace, the latter with over 20 pieces featuring distinguished makers such as Cartier, Van Cleef & Arpels, Bulgari and David Webb. Sotheby’s is pleased to offer three panther-inspired jewels from the collection of Mrs. Wallace to benefit Panthera, the global wild cat conservation organization, committed to ensuring a future for the world’s 40 species of wild cats and the landscapes on which they depend. Additional highlights include a selection of exemplary Art Deco jewels and a remarkable Egyptian-revival necklace made by Cartier. 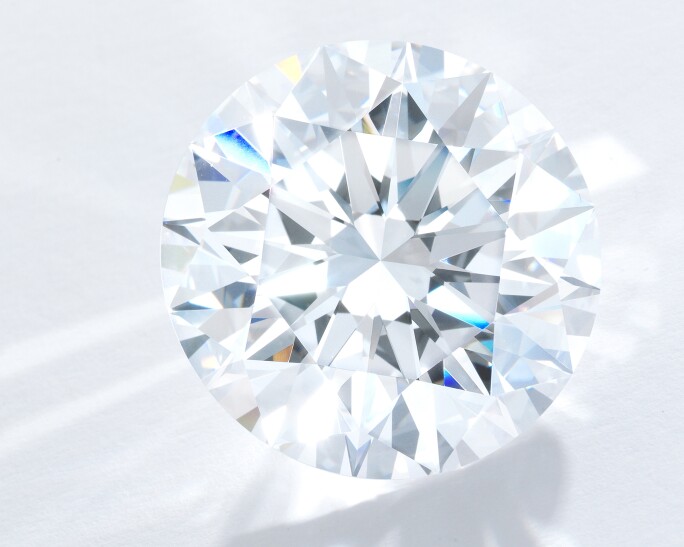 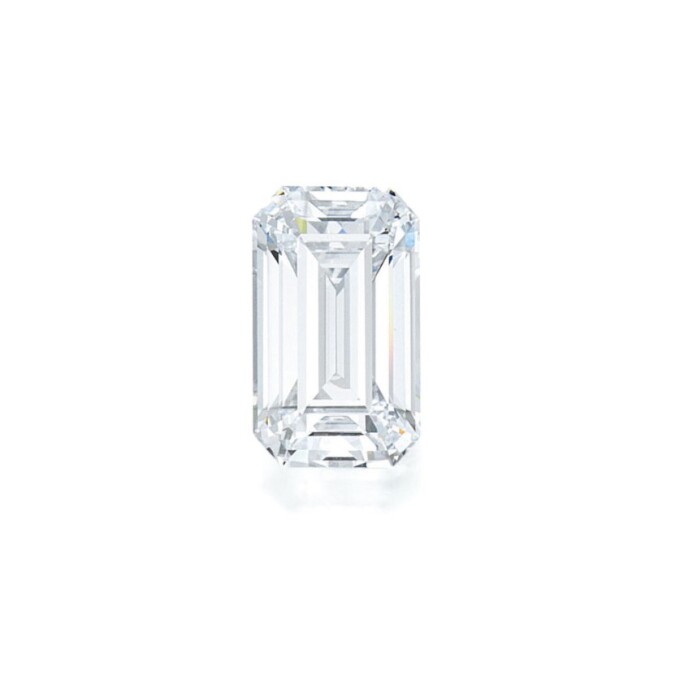 T he word “Egyptomania” encapsulates the fascination of Western society with ancient Egyptian culture as it has flourished to greater and lesser degrees since Roman times. Napoleon’s campaign in Egypt (1798-1801), the preliminary study of the Rosetta Stone by Thomas Young (1815), followed by Champollion’s decipherment of hieroglyphics (1824), represent the beginnings of modern Egyptology. The impact was visible everywhere, particularly in areas of artistic endeavor. This group of important Egyptian-Revival jewels, made by Wièse and Cartier, casts a unique spotlight on one of the most captivating and enduring influences on 19th and 20th century jewelry designs.

T he Magnificent Jewels sale this season offers discerning collectors a thrilling selection of colored gems from both classic and contemporary sources.

Sapphires are notably well represented, including two rare examples from the famed Kashmir region. Both lots 45 and 100 are faceted in the preferred cushion form to best capture the revered “velvet” blue hues. Moving from the past to the present, Madagascar has become one of the world’s most important modern producers of exquisite sapphires.

Lots 206 and 207 illustrate the incredible size and crystalline clarity that Malagasy gems can offer, featuring stones of 82.54 carats and 32.44 carats respectively.

Colombian emeralds have set the benchmark for exquisitely saturated verdant color for hundreds of years now, and the deposits there continue to occasionally yield treasures to this day.

The beautifully subtle nuances in hue, from grass green to those touched with a hint of blue, are illustrated by lot 72, an impressive bracelet of intriguing provenance featuring six antique step-cut stones weighing nearly 38.00 carats, and lot 101, by Tiffany, centering a completely untreated and exceptionally high clarity emerald of over 10 carats.

Unheated rubies of fine quality and size are exceedingly scarce to say the least. Rarest and most coveted of all are those that achieve the legendary “pigeon’s blood” coloration, an intense and incredibly specific crimson red hue. Burma (Myanmar) produces the most prized of these gems and the 3.63-carat cushion-cut in lot 46 hails from that locale. 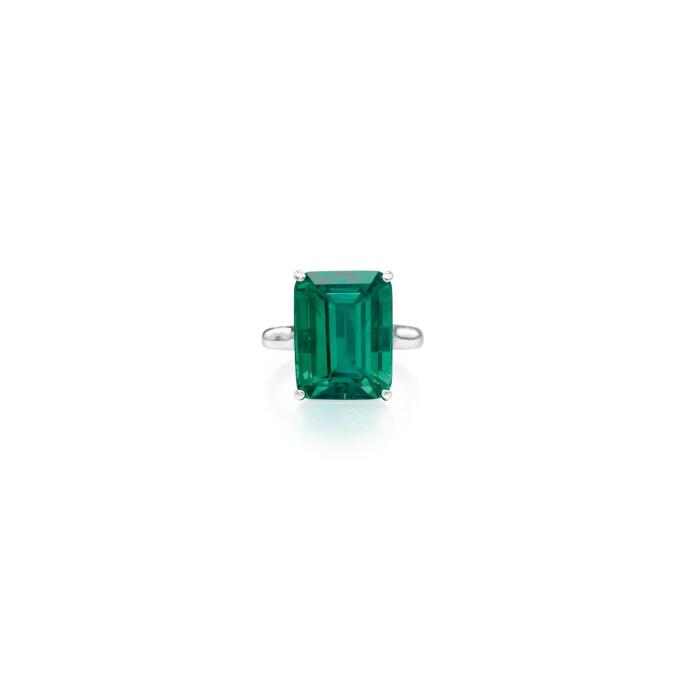 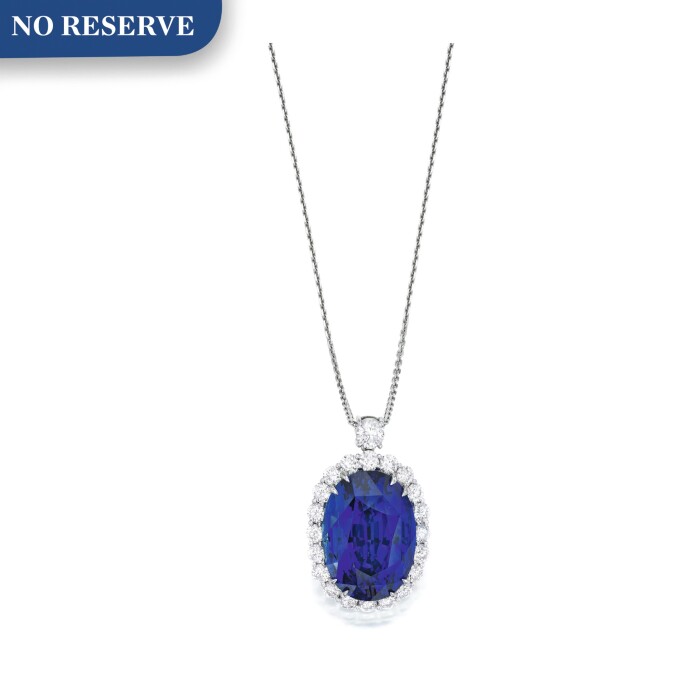 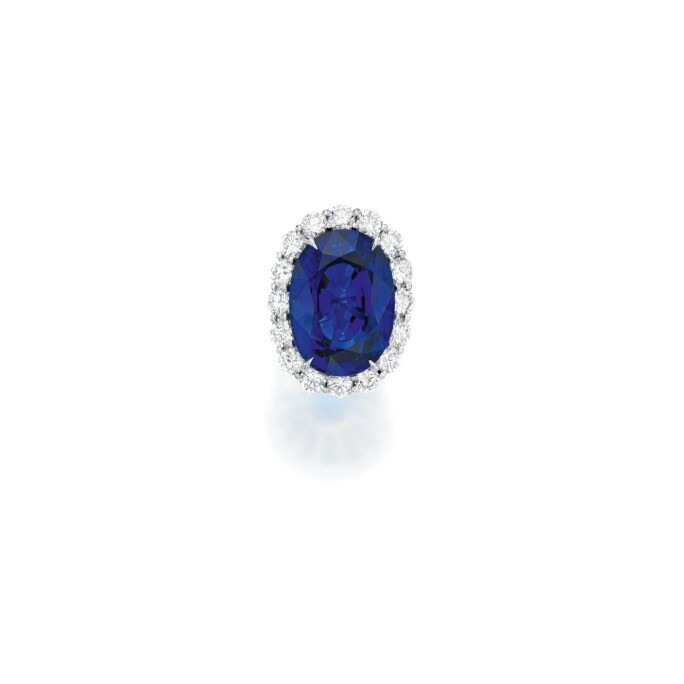 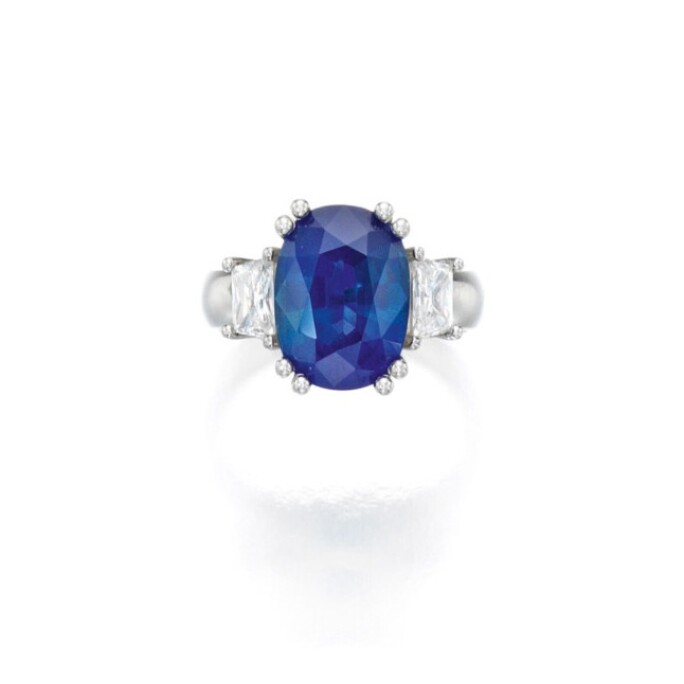 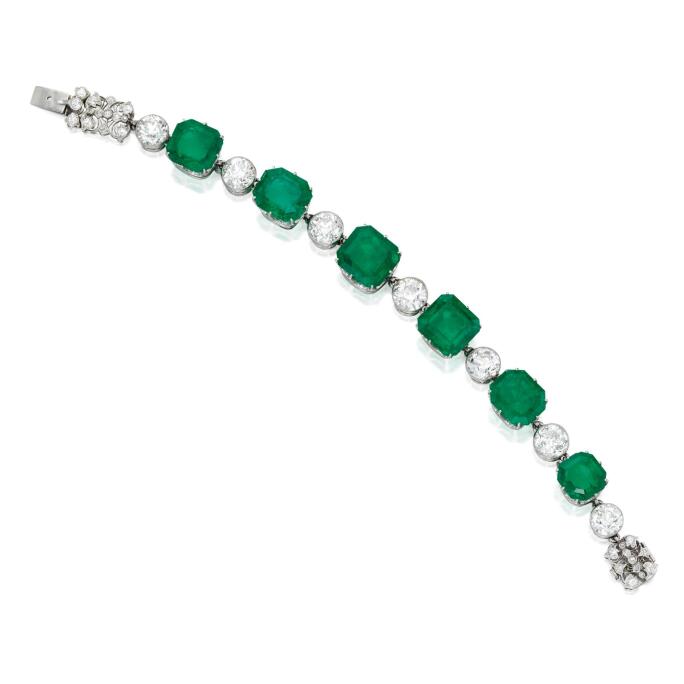 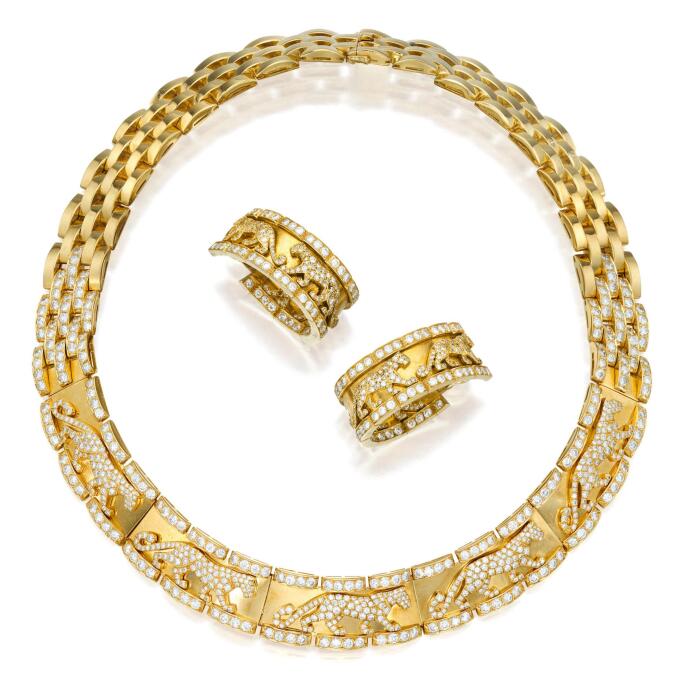 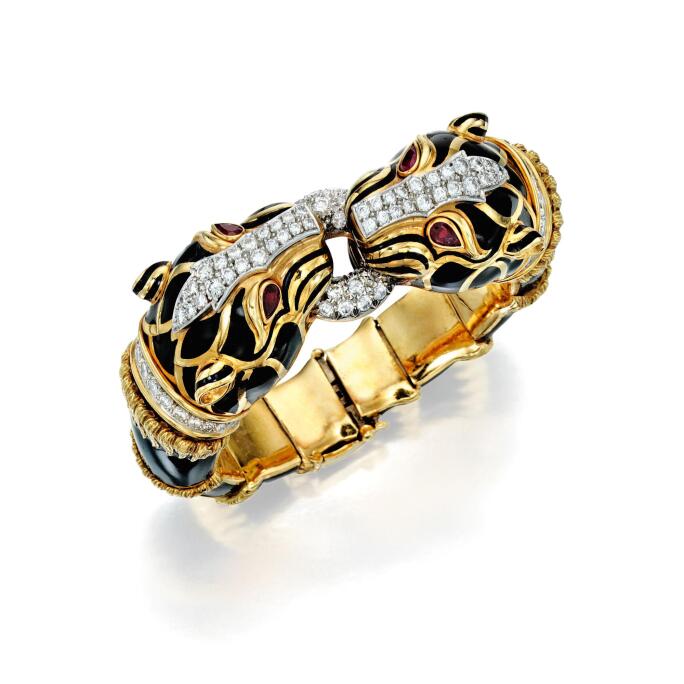 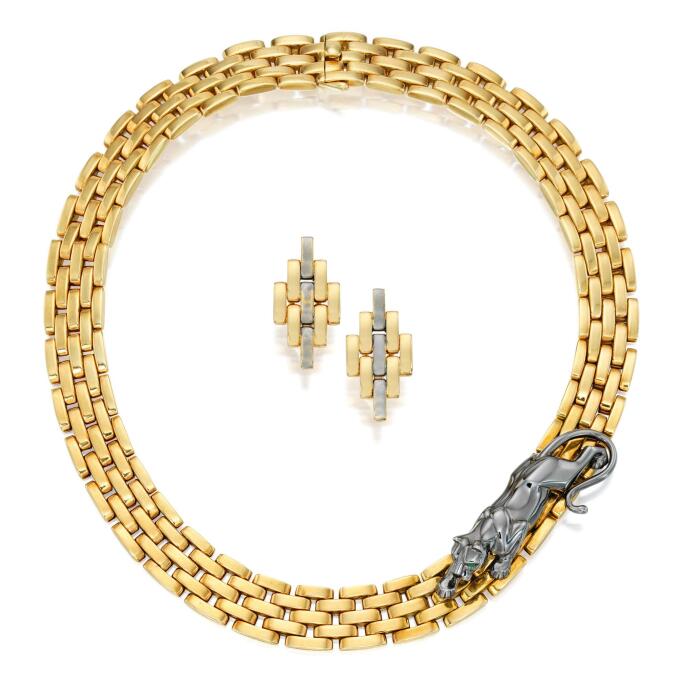 Rhonda Fleming (1923-2020) was widely known for her prominent roles in some of Hollywood’s most celebrated film-noir productions. Having starred in such classics as David O. Selznick’s Spellbound directed by Alfred Hitchcock, Rhonda’s roles on the silver screen were as colorful as her unmistakable red hair and green eyes. 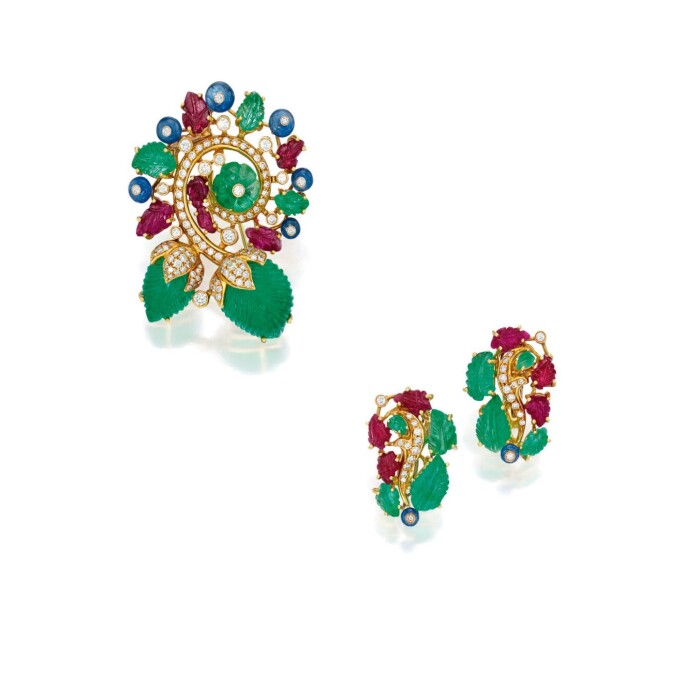 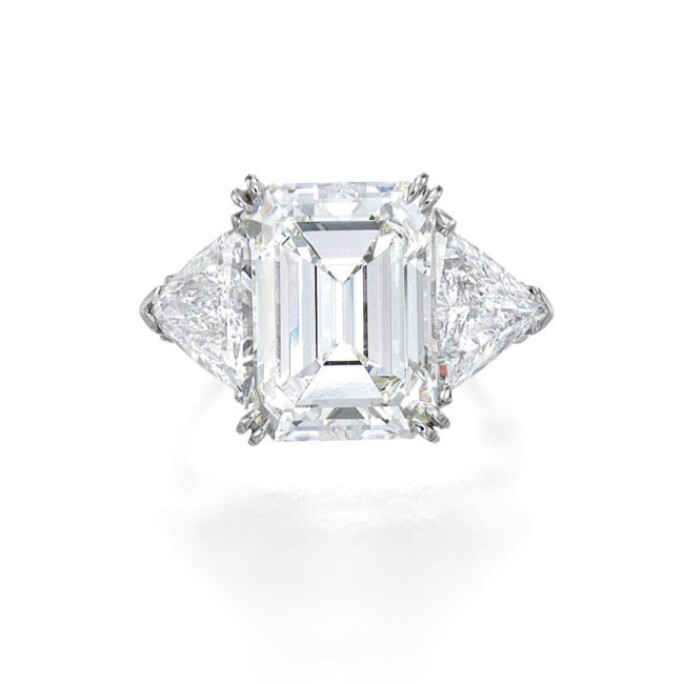 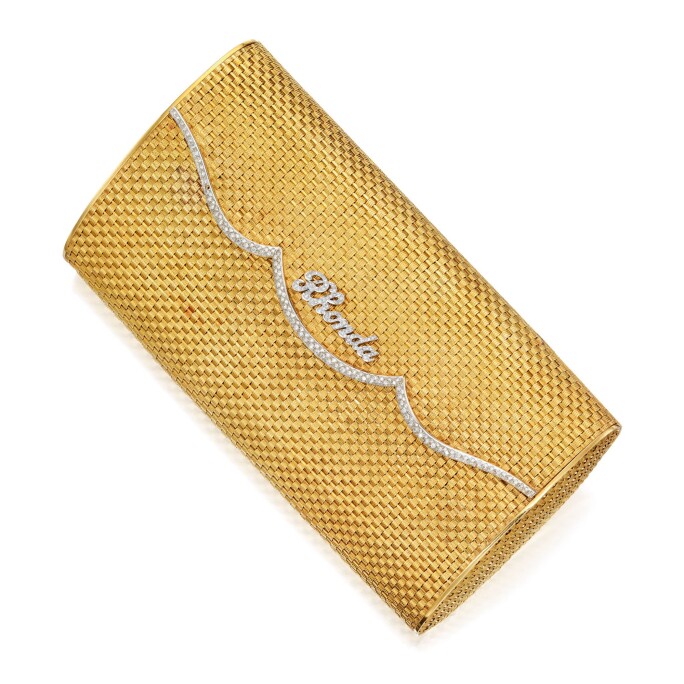 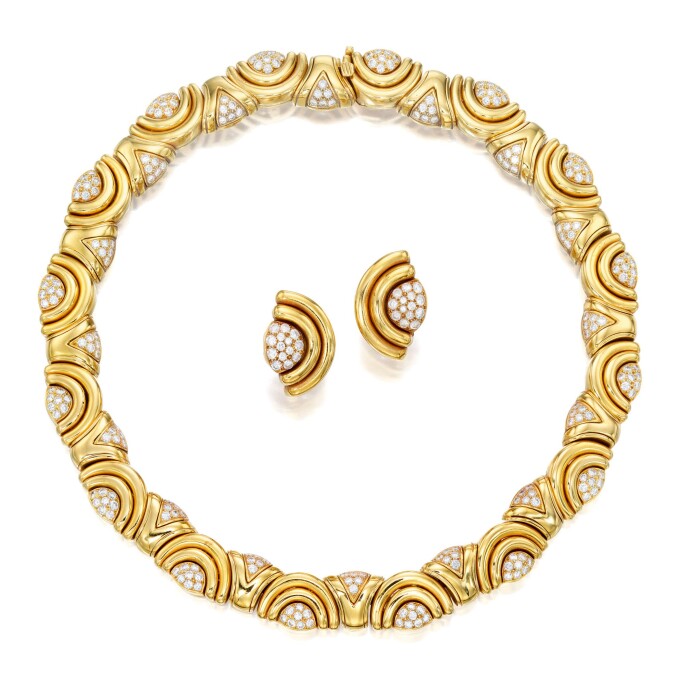 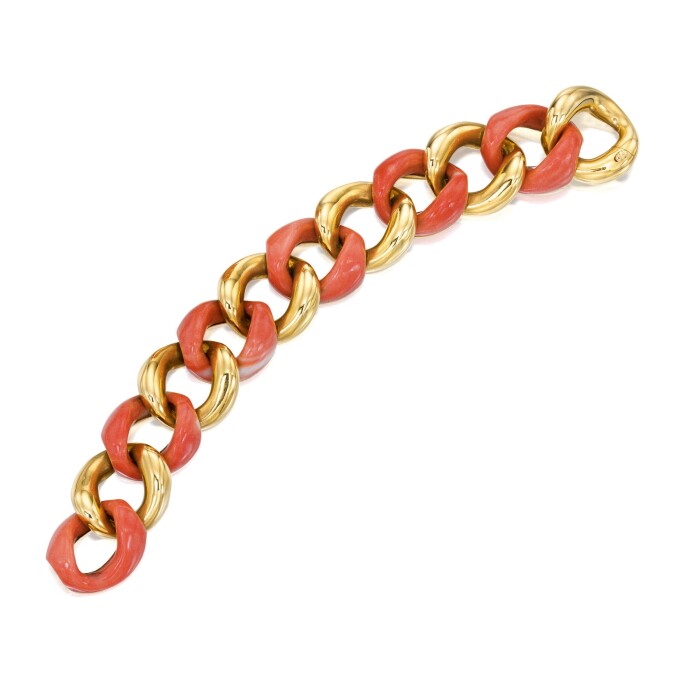 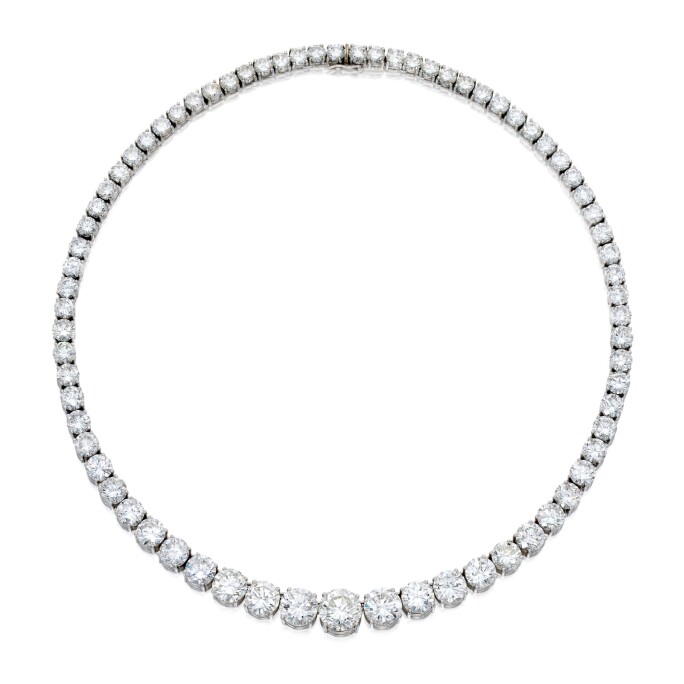 Born in 1905 into a lineage of respected financial officers and public servants, Pierre Sterlé entered the jewelry trade as a protégée to his uncle, a well-known jeweler at the time. After working for a handful of different jewelers around Paris, Sterlé set out on his own in 1934 just shy of his 30th birthday and established premises in the rue Saint Anne. After two subsequent moves, Sterlé eventually closed his business in the face of financial hardship and, in 1976, took on the role of creative advisor to Chaumet, the long-standing Parisian jewelry house.

Having been greatly inspired by the beauty and simplicity of nature, Sterlé’s work sought to mimic those virtues that we associate with flowers, leaves, fauna and especially birds. The feather motif, specifically, is one that is highly sought after and often found recurring in Sterlé’s oeuvre. Not unlike Constantin Brancusi’s groundbreaking Bird in Space, Sterlé, using gold and diamonds, aptly conveys the feather’s more abstract qualities such as movement, flight and air. The example included in this sale contain these elements in spades and clearly demonstrate Pierre Sterlé’s mastery of the craft.