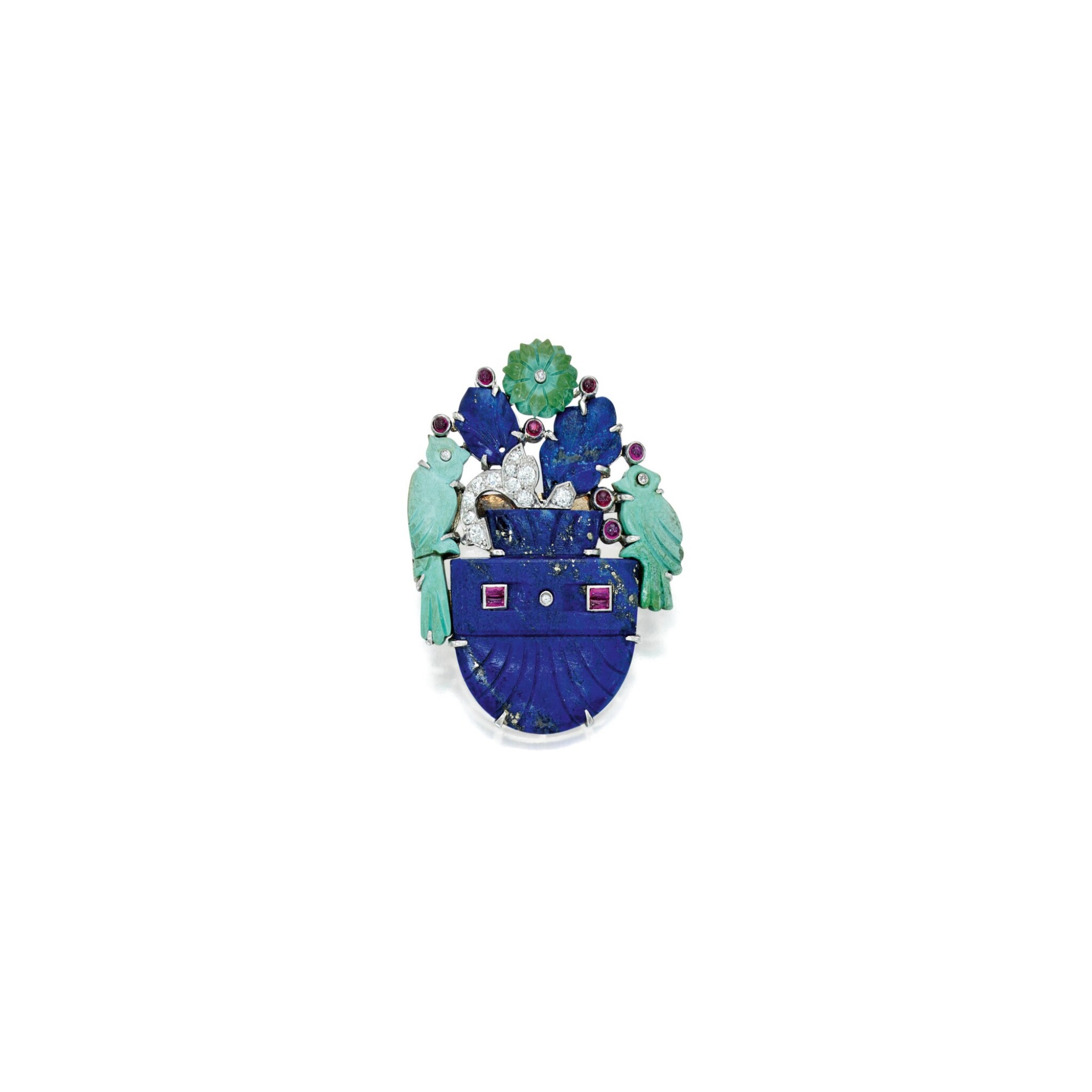 In good condition, with wear and discoloration to the mounting, commensurate with age. The mounting tests for platinum. The carved turquoise is light to medium bluish green, with minor nicks, left side carving with repaired break near tail. The carved lapis lazuli is deep blue with mottling and flecks of pyrite. The cabochon rubies of decorative quality. The diamonds estimated to weigh approximately 0.70 carat, approximately G-H color, VS-SI clarity. Dimensions approximately 1 7/8 x 1 2/5 inches.

The Colors of Cartier

When Cartier displayed their jewels at the 1925 Paris exhibition, the color combinations were novel, daring and risky. However, as early as 1913, the designs of Charles Jacqueau combined green jade with blue sapphires. The combination of turquoise with lapis and coral was directly borrowed from ancient Egyptian art. The two jardinière brooches offered here are indicative of those specific color choices, although the form of floral planters harkens back to themes found in Renaissance art and architecture. The colored stones used by Cartier were most likely carved in India, which was also the source for much of the material used in their jewel creations which would later be referred to as “tutti frutti.” Like dew drops in the morning, small round diamonds add just the right amount of sparkle to these colorful vases. In the 1920s, major cities like Paris, New York, and Berlin were certainly cultural “melting pots,” and there was an explosion of new styles in women’s clothing. Cartier was a pioneer of change in jewelry design in the 1920s, and these colorful brooches mark the departure from the “all white” platinum and diamond jewelry that dominated the first two decades of the twentieth century.