T his season’s December Fine Jewels presents a glittering array of jewels with something for everyone on your gift list. Connoisseurs and jewelry enthusiasts alike will enjoy a selection of the finest examples of jewels from highly coveted design houses such as Cartier, Tiffany & Co. and Van Cleef & Arpels, with a wide assortment of important jewels from Bulgari, many under $5,000 too! This is alongside eye-catching important colored stones, colored and white diamonds, and an assortment of festive and precious accessories. Join us at our exhibition from December 1 – 6, where a wide collection of vintage and contemporary jewels will also be on view and available to try on. Bidding is open November 24 – December 9, you won’t want to miss it!

The distinctive Bulgari style emerged in the 1960s, at the height of La Dolce Vita, characterized by powerful, architectural design and voluptuous colored stones, especially cabochons. It is color characterized by a very particular choice of gemstones, daringly different often idiosyncratic combinations, and a very Italian sensibility to the spirit and life in a stone: a mix of richness and inner light. The contrast of this emotive sensuality of color with architectural rigor of line and form is the essence of Bulgari’s inimitable style. Bulgari also makes reference to the company’s Greek origins and Roman heritage, set with ancient and antique coins, an enduring inspiration for Bulgari. 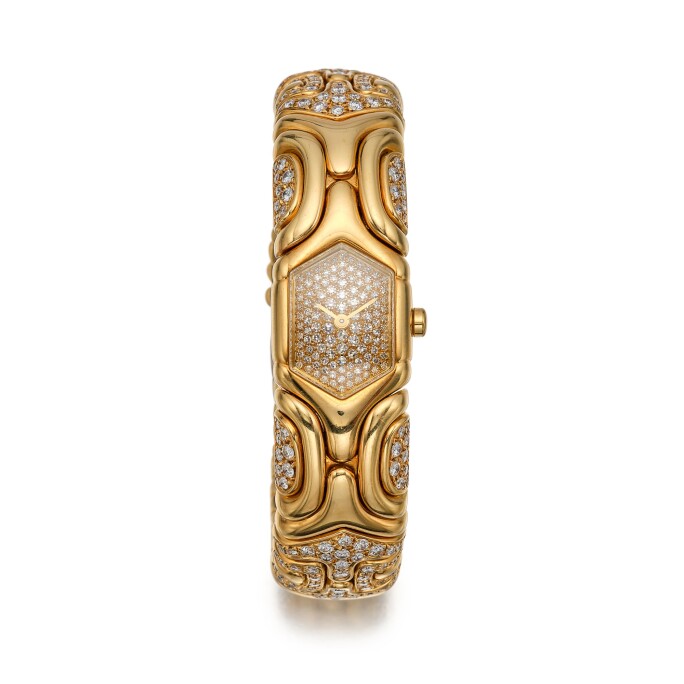 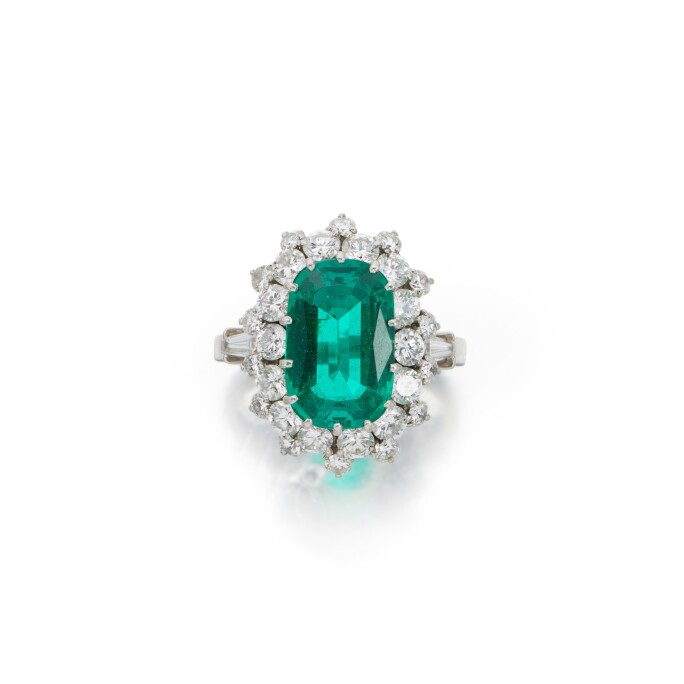 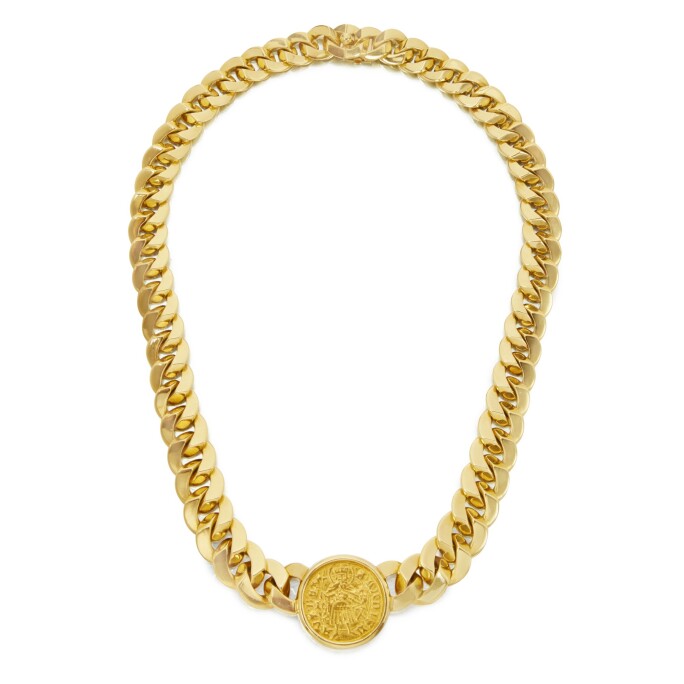 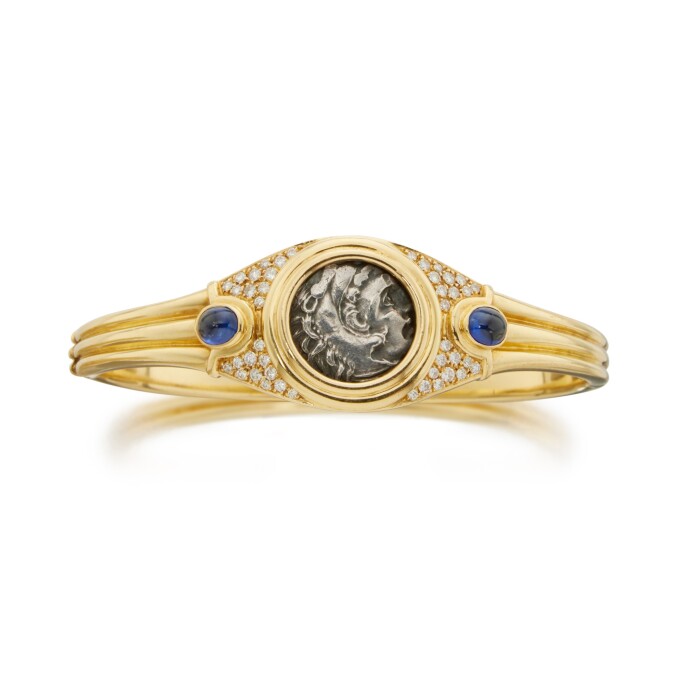 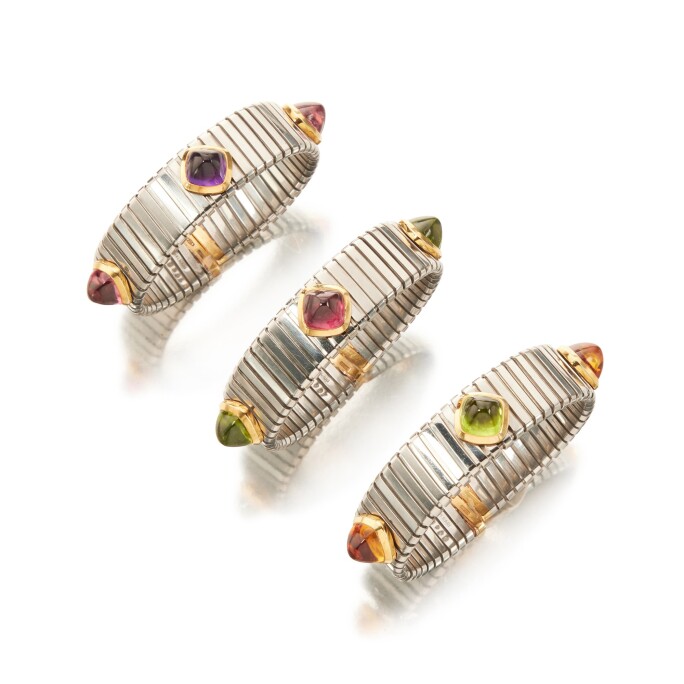 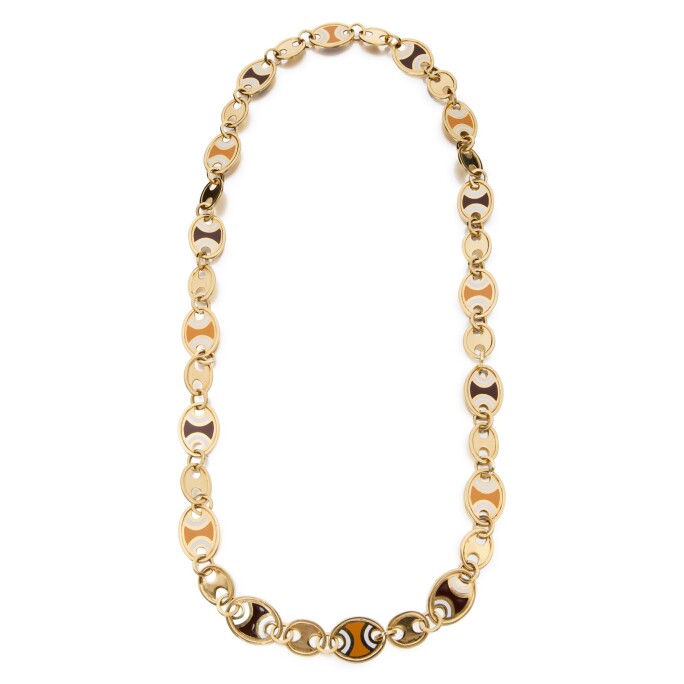 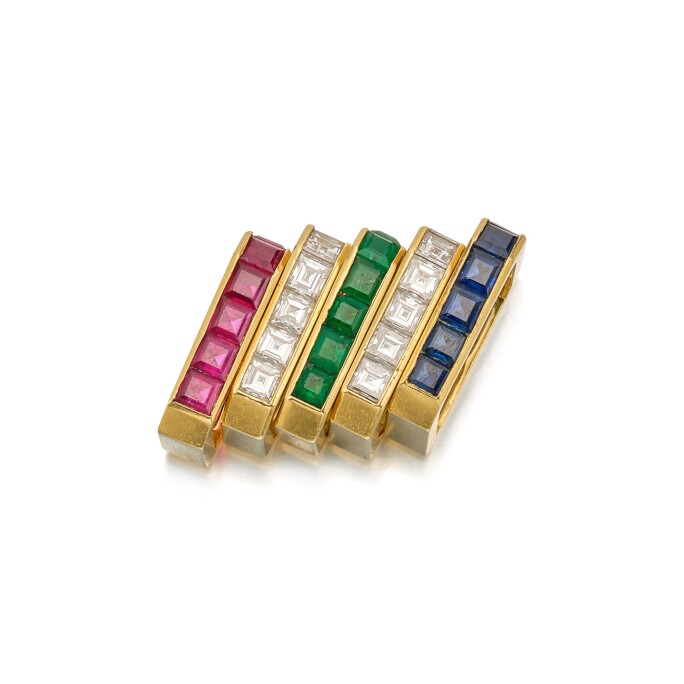 "If you haven't any charity in your heart, you have the worst kind of heart trouble."

"I've seen what a laugh can do. It can transform almost unbearable tears into something bearable, even hopeful."

As a comedian, singer, dancer, and actor, Bob Hope (1903-2003) honed his craft across eight decades on Broadway, radio, TV, film, and makeshift stages at hundreds of military bases and war zones. For his ability to adapt, innovate, entertain, and reach a global audience, biographer Richard Zoglin called him "the entertainer of the century."

Bob Hope came from humble means. He was an immigrant from England who arrived at Ellis Island in 1908 at the age of 4 with his mother and brothers. Soon after, they joined his stonemason father in Cleveland, Ohio. According to his granddaughter, Miranda Hope, he "was always funny, always looking for new material. He loved his country, worked very hard, and attained huge success, and never forgot the struggles of his early life." Bob and his wife Dolores donated the bulk of their wealth -- both during their lifetimes and after their deaths -- to helping those in need, with a particular focus on easing the suffering of children and of course veterans, his favorite audience. Bob’s commitment to bringing joy to others is sweetly summarized by the inscription on lot 429, a gold and diamond cuff—‘Dolores Your Payment for Xmas – ’66 Love Bob’—acknowledging his time away from the family to entertain the troops during his legendary USO tours.

Miranda, a social worker and performer, inherited these pieces from her grandmother's collection upon Dolores' death in 2011. One hundred percent of the proceeds will go to charities that support children and veterans in need in Rappahannock County, Virginia including:

The Childcare and Learning Center, an inclusive and nature-based facility that commits to accepting all children into their highly accredited programs, regardless of the parents' ability to pay full tuition or the child's challenges.

Belle Meade Montessori School, an accredited and inclusive school that emphasizes individual responsibility and social and environmental consciousness. Belle Meade teaches the whole person and accepts a diverse population of students into their summer camps and academic programs.

Totality Martial Arts, an inclusive non-profit dedicated to bringing the benefits of a variety of martial arts to all ages, bodies, and abilities and in particular, children who would not otherwise be able to afford classes. 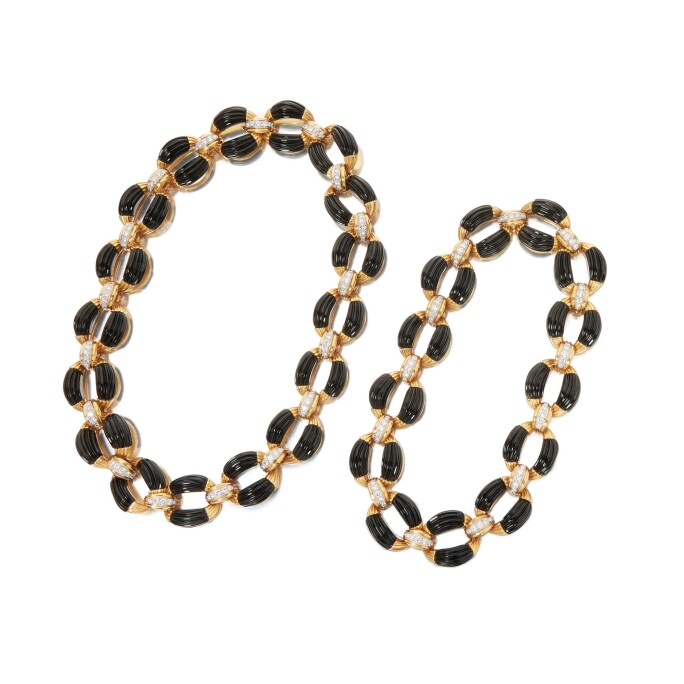 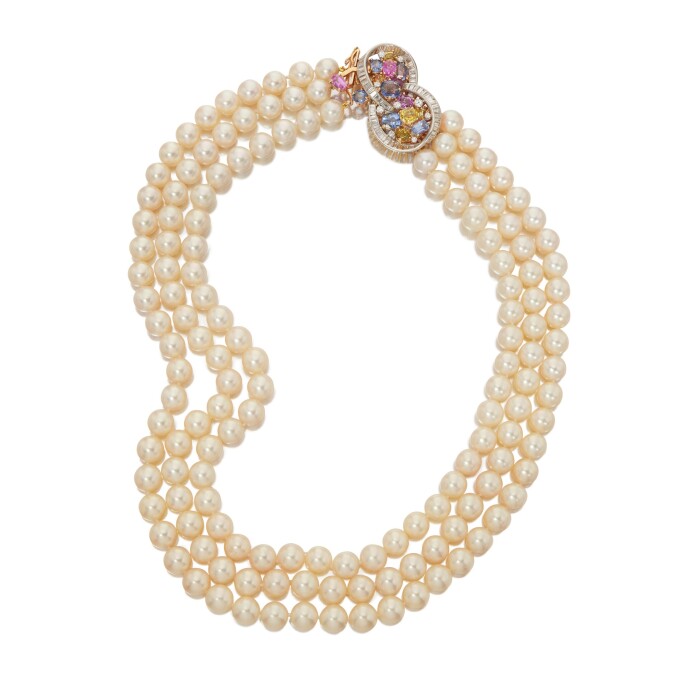 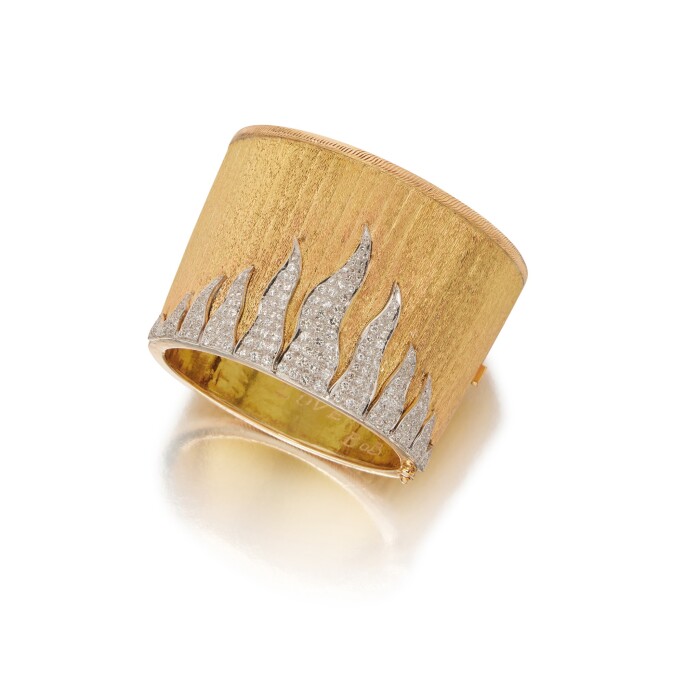 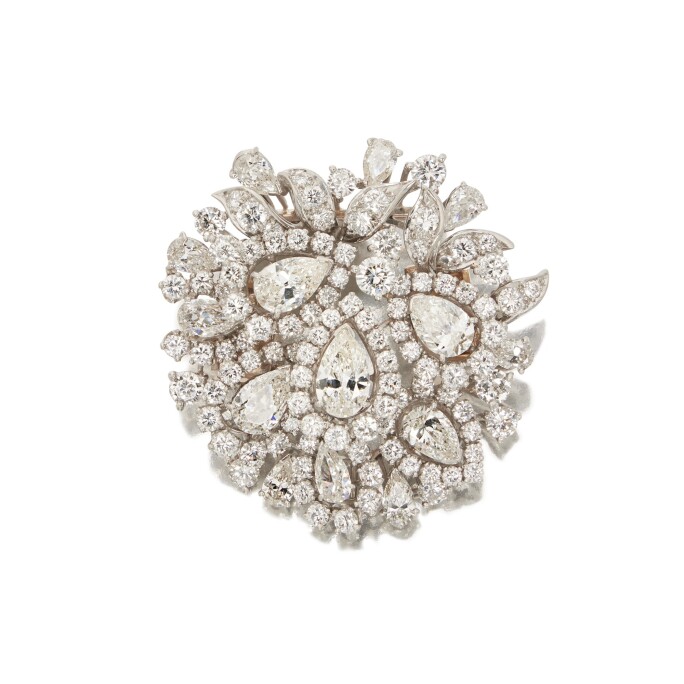 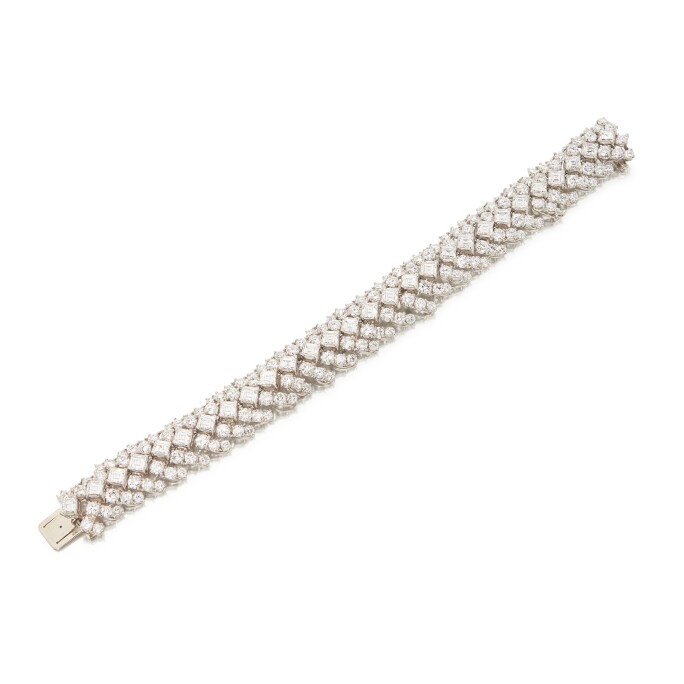 Throughout the centuries, brooches have had a special ability to reflect not only the fashions of the time, but also deeper cultural influences. The brooches offered in this sale have the power to transform an ensemble, whether you are looking for a statement piece or to add a touch of whimsy or sparkle to an outfit, there is something here to suit any style. Click through to find brooches representing almost every design period over the last 100+ years, including naturalistic themes of the Victorian era, jardinière and geometric forms of the Art Deco period, dynamic gold retro designs, Cartier birds from the 1960s, through to colorful and modern designs of the last 30 years. 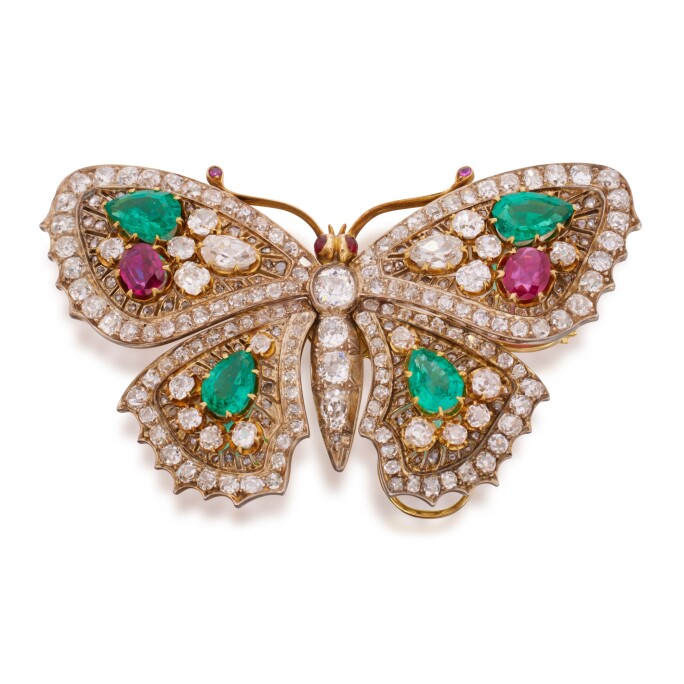 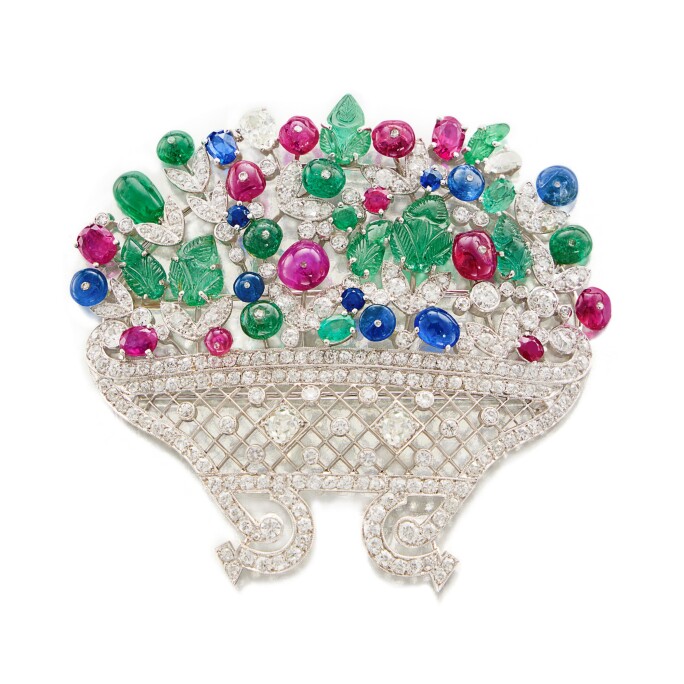 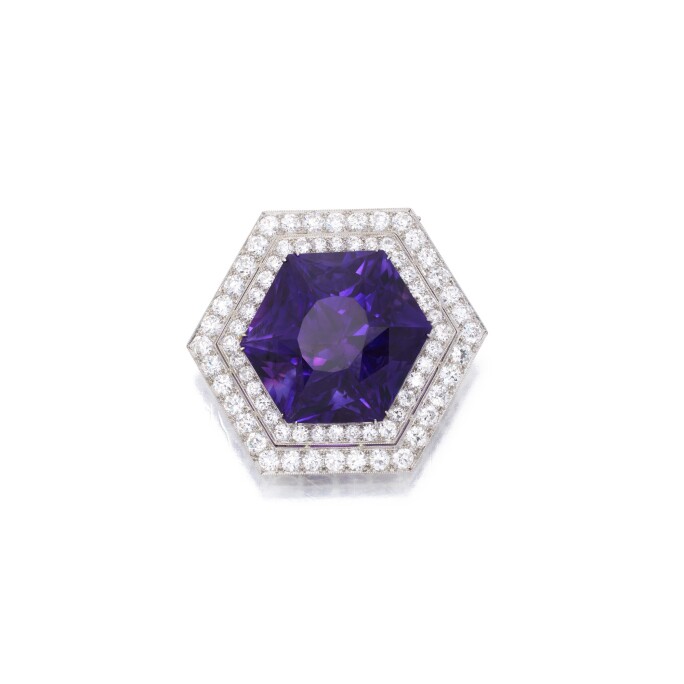 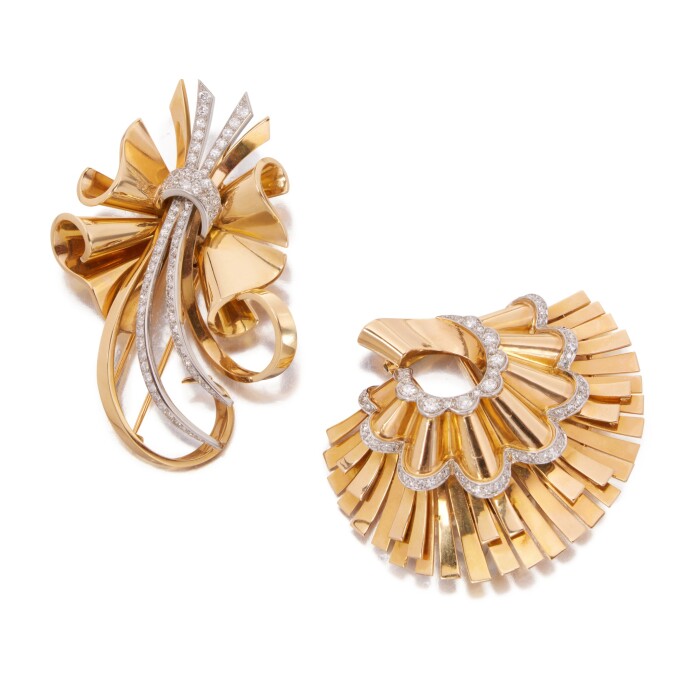 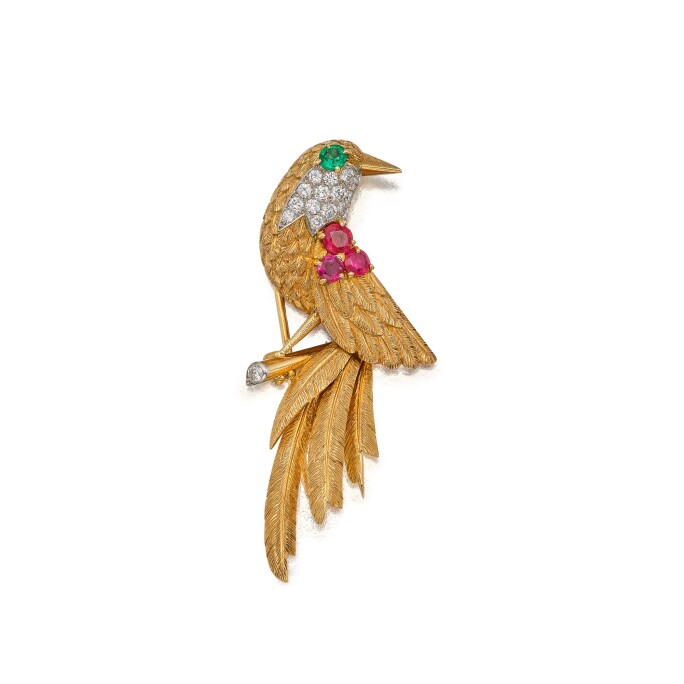 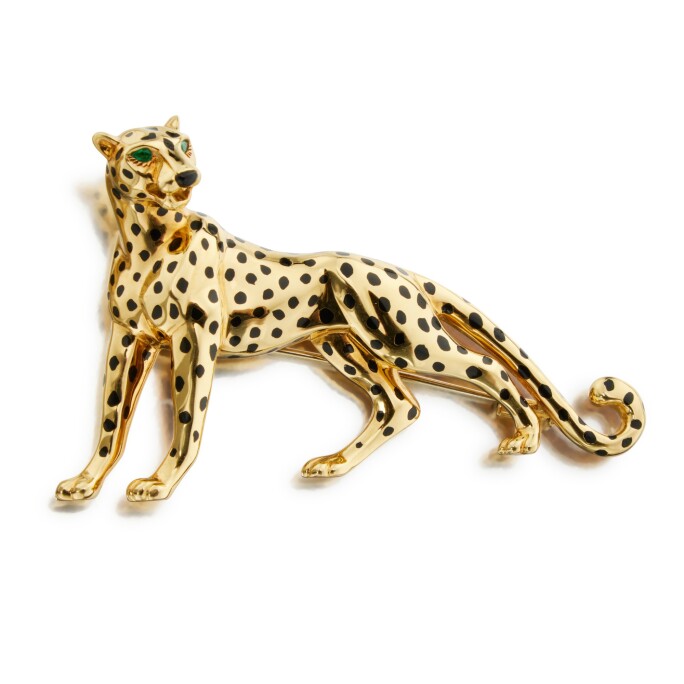 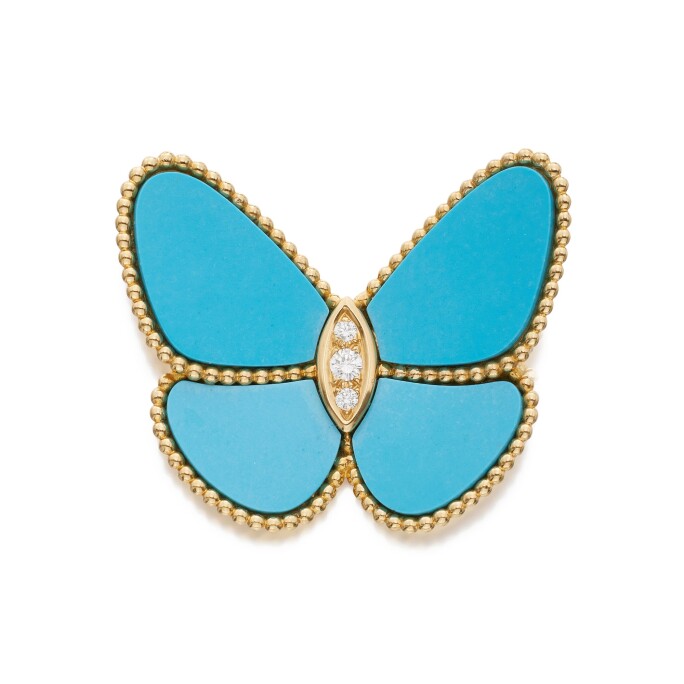 Compacts, long associated with Old Hollywood glamour, are a small accessory making a big comeback. Originally, these containers held lipstick, powder, or perfume, but today they are an accessory in their own right. Originally composed of base metals or sterling silver and made in fairly simple designs, over time as more jewelers started to commission their own compacts, they became more elaborate, often being adorned with various gemstones, gold chains or silk cords. The accessories on offer here include a slinky and sexy mesh bag by Marzo, among other basketweave designs from the 60s and 70s. 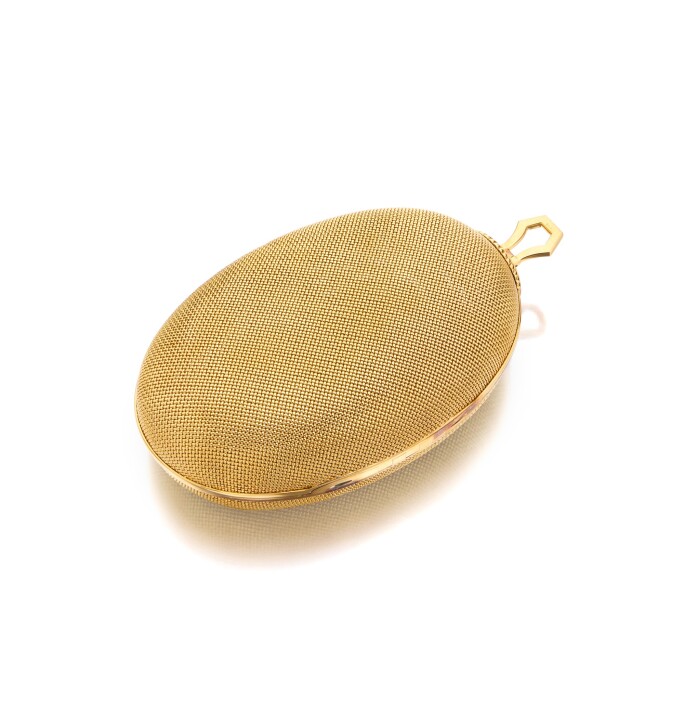 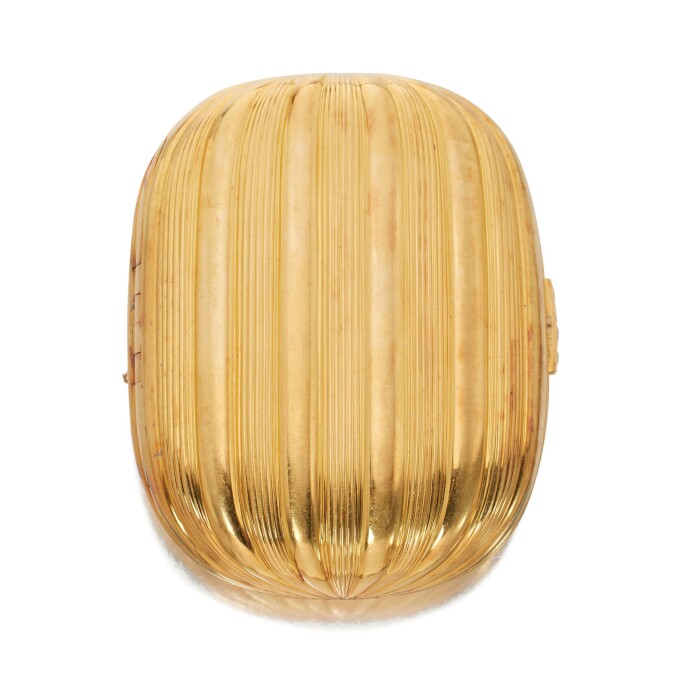 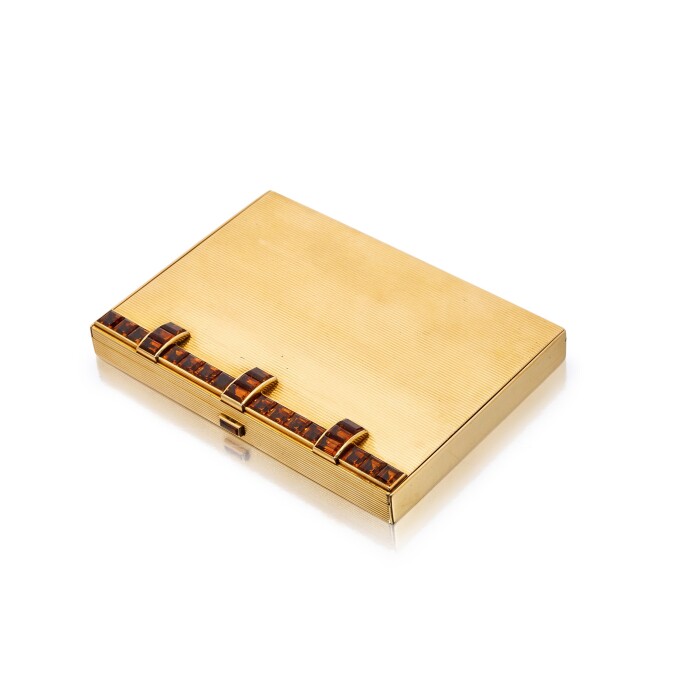 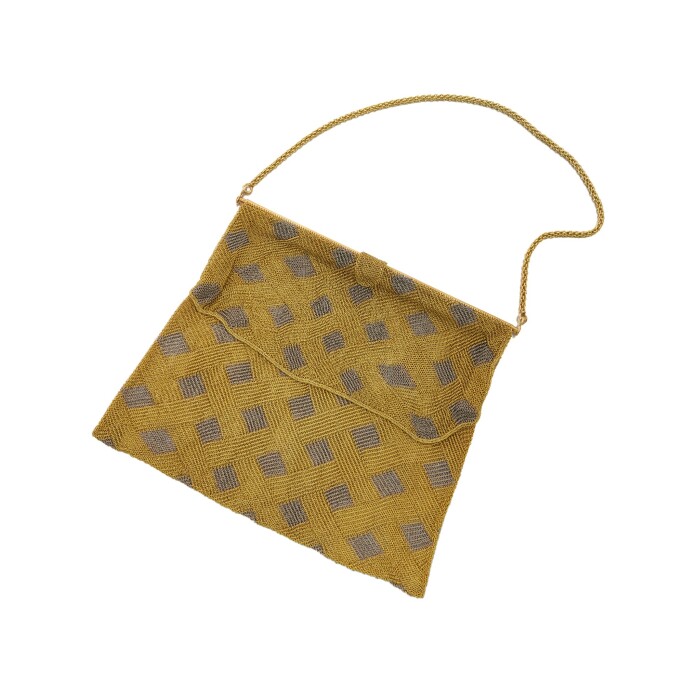 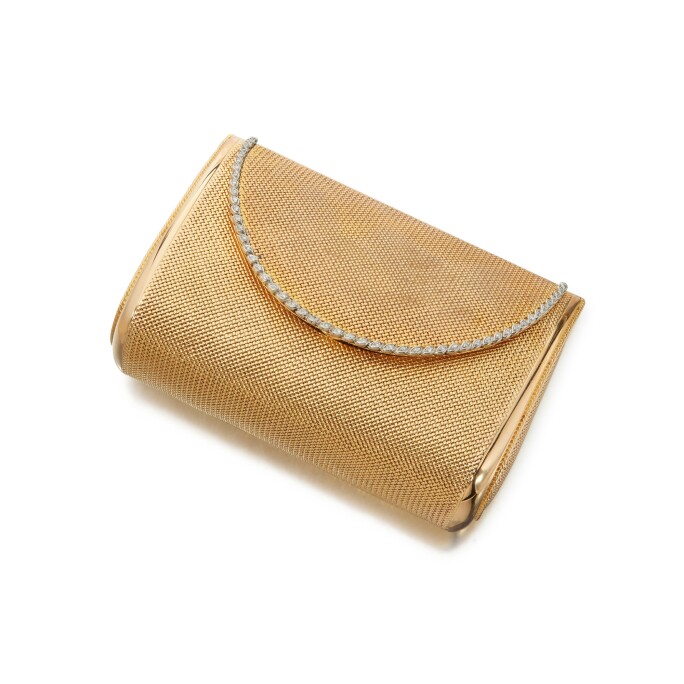