S otheby’s is delighted to present the 161st Hospices de Beaune Wine Auction, to be held at the Halles de Beaune on 21 November 2021. Taking place, as is tradition, on the third Sunday in November, this is the world’s oldest charity auction and most renowned wine auction.

As part of Les Trois Glorieuses, the annual Hospices auction now represents the pinnacle of the calendar in Burgundy and has become a vastly important cultural phenomenon in the region. Frequently comprising 50 different cuvées, the wine auction not only raises important funds to be invested in the medical equipment and the modernization of the hospital institution in the South Côte d’Or territory, but also for service and care of the local community.

With 50 cuvées offered from across the Hospices’ 60- hectares of holdings, the scope of wines for sale truly suits all tastes and budgets. Taking part in this historic auction offers the opportunity not only to purchase superb Burgundy wines, but also to contribute to one of the world’s truly historic charitable institutions, not to mention to become a part of the history and heritage of Burgundy itself.

In keeping with its founding values, all proceeds from the annual Hospices de Beaune auction continue to support the upkeep of the organisation’s hospitals. In addition, the proceeds for one particular barrel, the Pièce de President, are donated by the Hospices de Beaune to a specially nominated charity every year.

Included in the Hospices de Beaune Wine Auction is an important lot that represents its charitable vocation: the Pièce du Président. This lot consists of one or two entire barrels of an exceptional wine donated by the Hospices Civils de Beaune and sold for the benefit of charitable associations.

This year, the proceeds are going to two associations working to support women, the Fédération Nationale Solidarité Femmes represented by actress Jeanne Balibar and the Institut Curie championed by actor Pio Marmai. The Hospices Civils de Beaune support and encourage actions that ensure women are no longer made to suffer simply because they are women, that health care solutions to which they are entitled are found and that the obstacles to their being considered first class citizens are removed one by one, both in France and throughout the world.

The funds raised will be allocated to the Fédération Nationale Solidarité Femmes and to one of the associations in its network, Solidarité Femmes 21 that helps women who are victims of violence. Since the pandemic, the activity of Solidarité Femmes 21 has multiplied. The team of 8 employees welcomes and accompanies more than 600 women each year, the majority of whom live in the Dijon area; a smaller portion in rural areas and in the small towns in the Côte d'Or such as Montbard and Beaune. In order to cope with the large number of requests for help and support, it is vital that the association recruit additional staff, three professionals (psychologist and social worker) in order to welcome more women victims, extend its activities and offices throughout the Côte d'Or, and particularly in the Beaune area, and carry out prevention and awareness-raising activities with young people in secondary schools and with the general public to prevent violence against girls and women.

The Institut Curie, France's leading institution in the fight against cancer, combines an internationally renowned research centre with a state-of-the-art hospital complex that treats all forms of cancer, including the very rarest. Founded in 1909 by Marie Curie, the Institut Curie brings together 3,600 researchers, doctors and nurses on three sites (Paris, Saint-Cloud and Orsay) to carry out its three missions: care, research and teaching. As a private foundation recognised as being in the public interest and authorised to receive donations and legacies, the Institut Curie can, thanks to the support of patrons, accelerate scientific breakthroughs and thus improve treatments and the quality of life for patients. Every year in France, nearly 58,000 women are affected by breast cancer and 12,000 die from it. Thanks to the current revolution in technological advances - the cell-by-cell analysis of tumours - researchers at the Institut Curie are carrying out an ambitious project that will make it possible to meet these challenges and save lives, the lives of all women who are fighting breast cancer. The Institut Curie needs help and resources to carry out this project. Thanks to the support of the Hospices de Beaune wine sale, the Institut Curie will be able to acquire a state-of-the-art microscope used for analysing tumour cells, equipped with a sampling mechanism that will allow researchers to characterise the cells, an essential piece of equipment for the project, which costs €480,000. 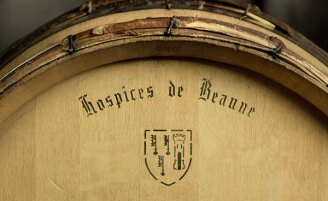