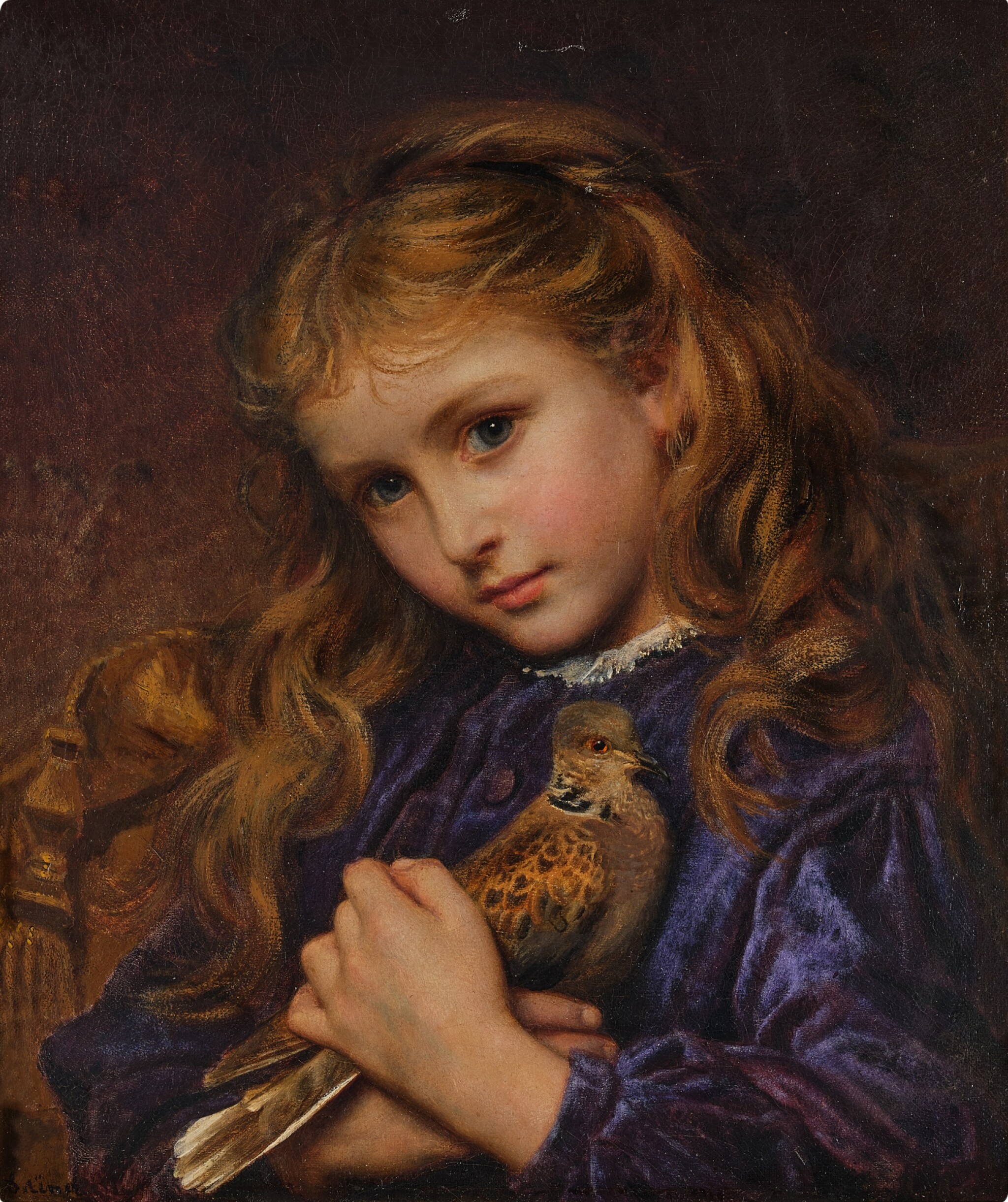 oil on canvas, laid on board

The canvas is laid. The paint surface is stable and in good condition but lightly soiled. Minor frame abrasion to lower edgee Under UV light, areas of retouching to aforementioned abrasion; to her sleeves, left of her right hand, to her forehead, nose, cheeks, and chin, and to the background in places.
In response to your inquiry, we are pleased to provide you with a general report of the condition of the property described above. Since we are not professional conservators or restorers, we urge you to consult with a restorer or conservator of your choice who will be better able to provide a detailed, professional report. Prospective buyers should inspect each lot to satisfy themselves as to condition and must understand that any statement made by Sotheby's is merely a subjective qualified opinion.
NOTWITHSTANDING THIS REPORT OR ANY DISCUSSIONS CONCERNING CONDITION OF A LOT, ALL LOTS ARE OFFERED AND SOLD "AS IS" IN ACCORDANCE WITH THE CONDITIONS OF SALE PRINTED IN THE CATALOGUE.
with The Maas Gallery Ltd., London

Born in Paris in 1823, Sophie Gengembre Anderson began her career as a lithographer and painter of portraits before focusing on genre painting of children and women, usually in rural settings. Though largely self-taught, her father, Charles Antoine Colomb Gengembre, was an architect and artist as was one her two brothers, Henry P. Gengembre (b. 1825). Her family left France for the United States to escape the 1848 Revolution and settled in Cincinnati, Ohio, where she met her future husband, the British genre artist Walter Anderson. The couple moved to London in 1854 where she exhibited regularly.

Anderson revisited the theme of children and animals throughout her painted oeuvre, the present work being a particularly tender example. Anderson's work is in the collection of numerous museums and galleries throughout the United Kingdom and the world record price of more than £1 million for one of her paintings, No Walk Today, was achieved at Sotheby's in London in 2008.