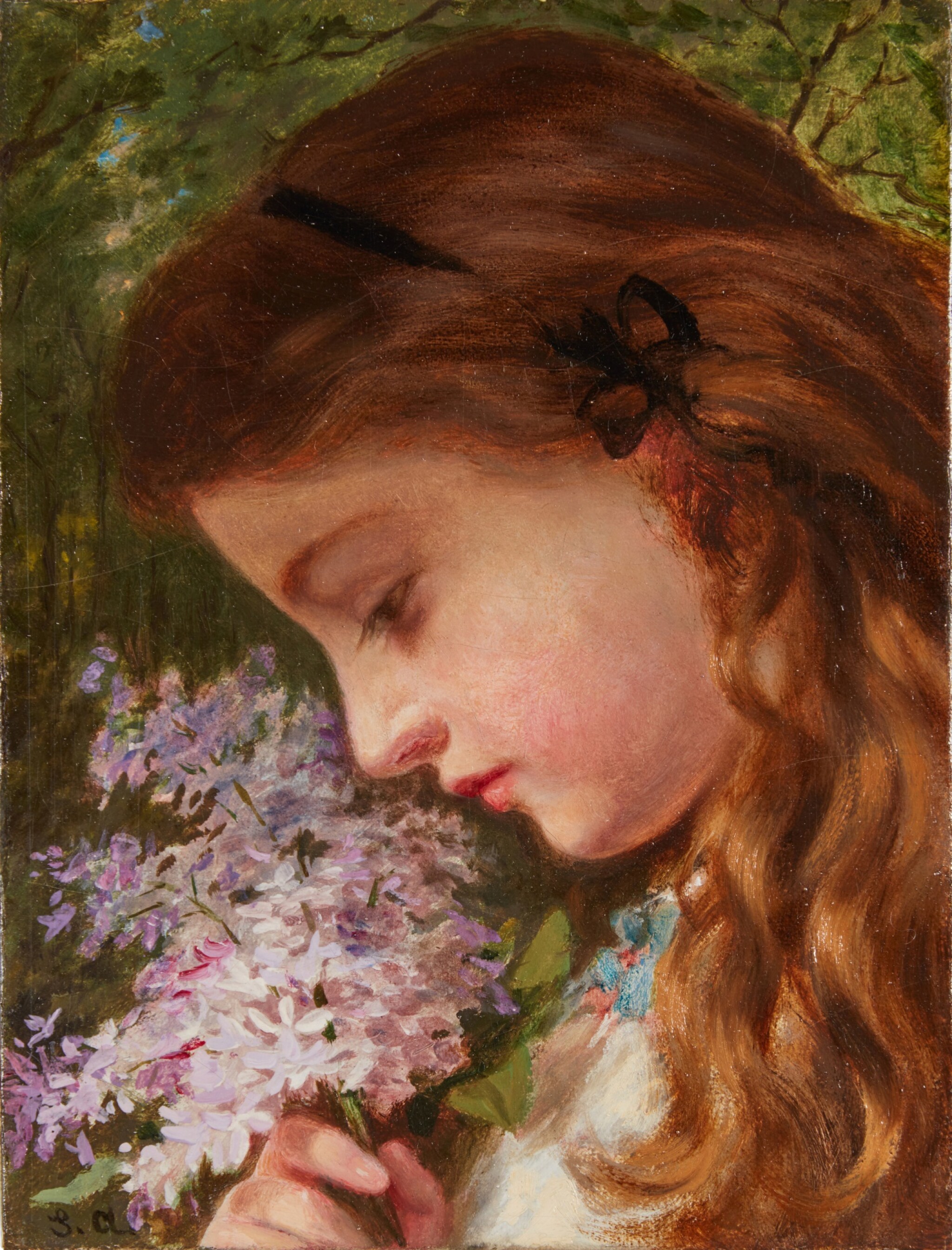 The canvas is unlined. The paint surface is stable and in good condition. Patterns of craquelure throughout. Under UV light, areas of retouching to the figure's cheek and nose.

Purchased from the artist in 1865 by C.L. Dodgson (better-known as Lewis Carroll) and thence by descent until 1998
Christie's London, 20 March 1998, lot 165
Richard Green, London
R.L. Green (ed.), The Diaries of Lewis Carroll, 1953, illustrated p. 471.
Morton Cohen, Selected Letters of Lewis Carroll, 1982, illustrated p. 122.
Morton Cohen, Lewis Carroll, A Biography, 1995, illustrated p. 232.
This delightful study of childhood was painted by an artist who was best-known for her depictions of youth and was purchased by Britain’s most celebrated writer of children’s fiction, C.L. Dodgson – better-known by his nom-de-plume Lewis Carroll. The purchase was more than just an appreciation of the artistic merits of the picture, although Anderson was a friend and one of the writer’s favourite painters. Dodgson was a keen photographer who enjoyed the company of children and was interested in meeting the model for the painting, a girl who worked as a domestic servant in the Anderson household. A note in Dodgson’s journal on 6 July 1865 attests this interest; ‘Paid another visit to the Royal Academy, then to the Andersons, where I saw several beautiful pictures, and gave Mr Anderson some hints on the perspective of a picture of his, which will lead to his altering it a good deal. I bought a little picture by Mrs Anderson, of a child’s head in profile. The original (child) was in the house and was called into the room, a beautiful child about 12, Elizabeth Turnbull by name – I intend taking a photograph of her in the same attitude as the picture.’

Girl with Lilac was bought by Dodgson in the same year that Alice in Wonderland was first published, whilst Dodgson lived in Oxford as a lecturer in mathematics – a position he held between 1855 and 1881. A photograph of his sitting-room at Christ Church, Oxford shows several other pictures by Anderson. Girl with Lilac stood on the mantlepiece, to the left, with a portrait of a girl named Minnie Morton on the right. It remained at Christ Church until Dodgson’s death in 1898 and then hung in his sister’s house, The Chestnuts in Guildford. It only left the Dodgson family in 1998, a hundred years after his death.