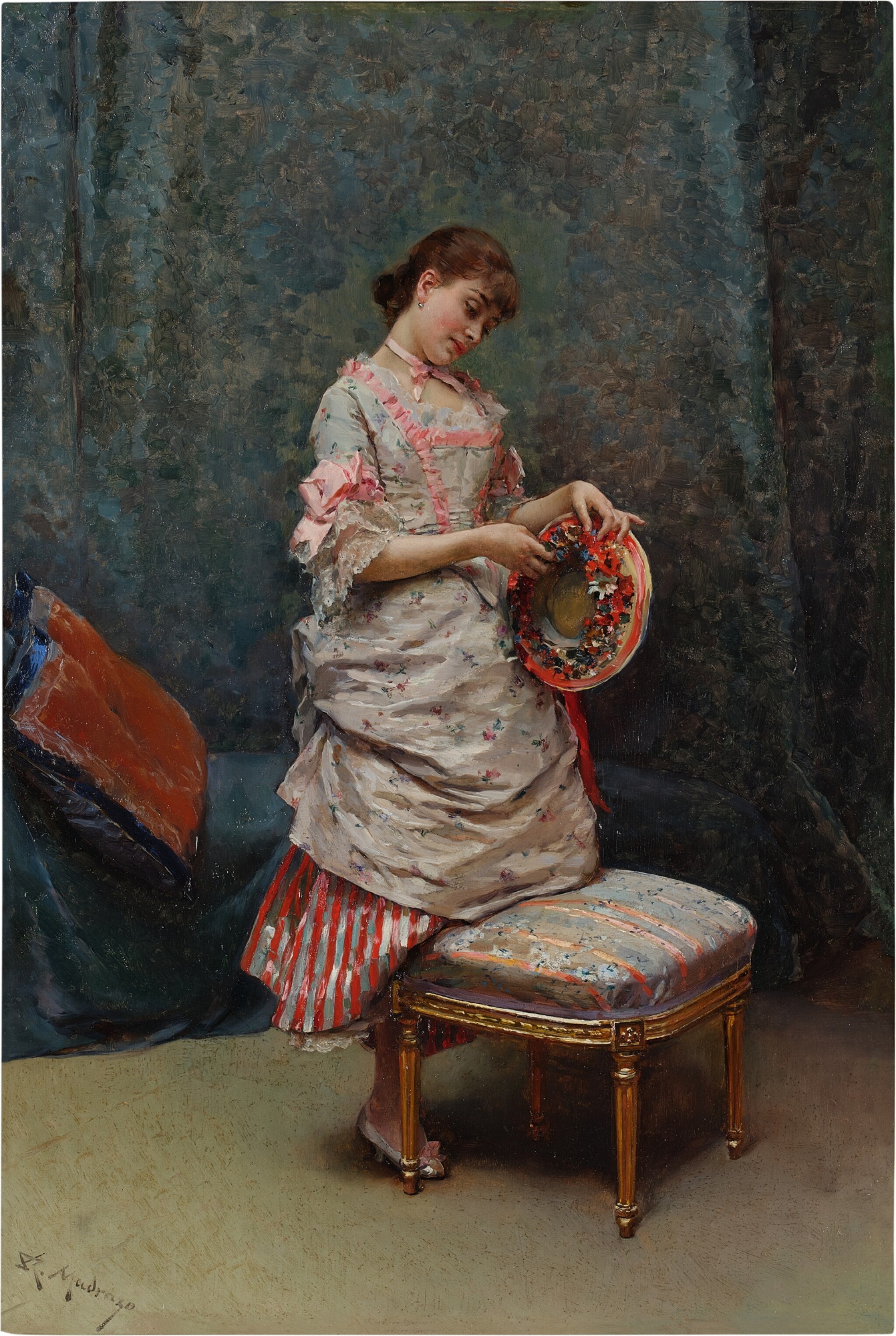 Raimundo de Madrazo grew up in a family of painters. His grandfather, José Madrazo y Agudo, a student of Jacques Louis David, was a famed history painter who accompanied Charles IV of Spain during his travel to France. His father, the Romantic painter Federico de Madrazo, trained with Franz Xaver Winterhalter in Paris and was known as the best portrait painter in Spain. Yet the roots of Madrazo's mature style stemmed from the artistic influences of his brother-in-law, the great master Mariano Fortuny y Rosales. Like Fortuny, Madrazo worked with exuberant colors heightened with an exquisite comprehension of light. Influenced by the artistic currents in Paris, Raimundo turned away from the academic canvases favored by his family to embrace Belle Epoque subject matter. Specifically, his work focused on intimate full-length portraits in an intimate studio settings.

In addition to being among the most distinguished and significant Spanish painters resident in Paris during the 19th Century, Madrazo's work won numerous awards and the keen attention of collectors outside of France, particularly in New York and London. Representative examples of Madrazo's work are still housed in the fabled mansions of prominent families during the Gilded Age, such as Marble House and the Breakers in Newport, Rhode Island. The Vanderbilt family were perhaps Madrazo's most faithful patrons, their grand society portraits are still on display in Biltmore House Estate in North Carolina.