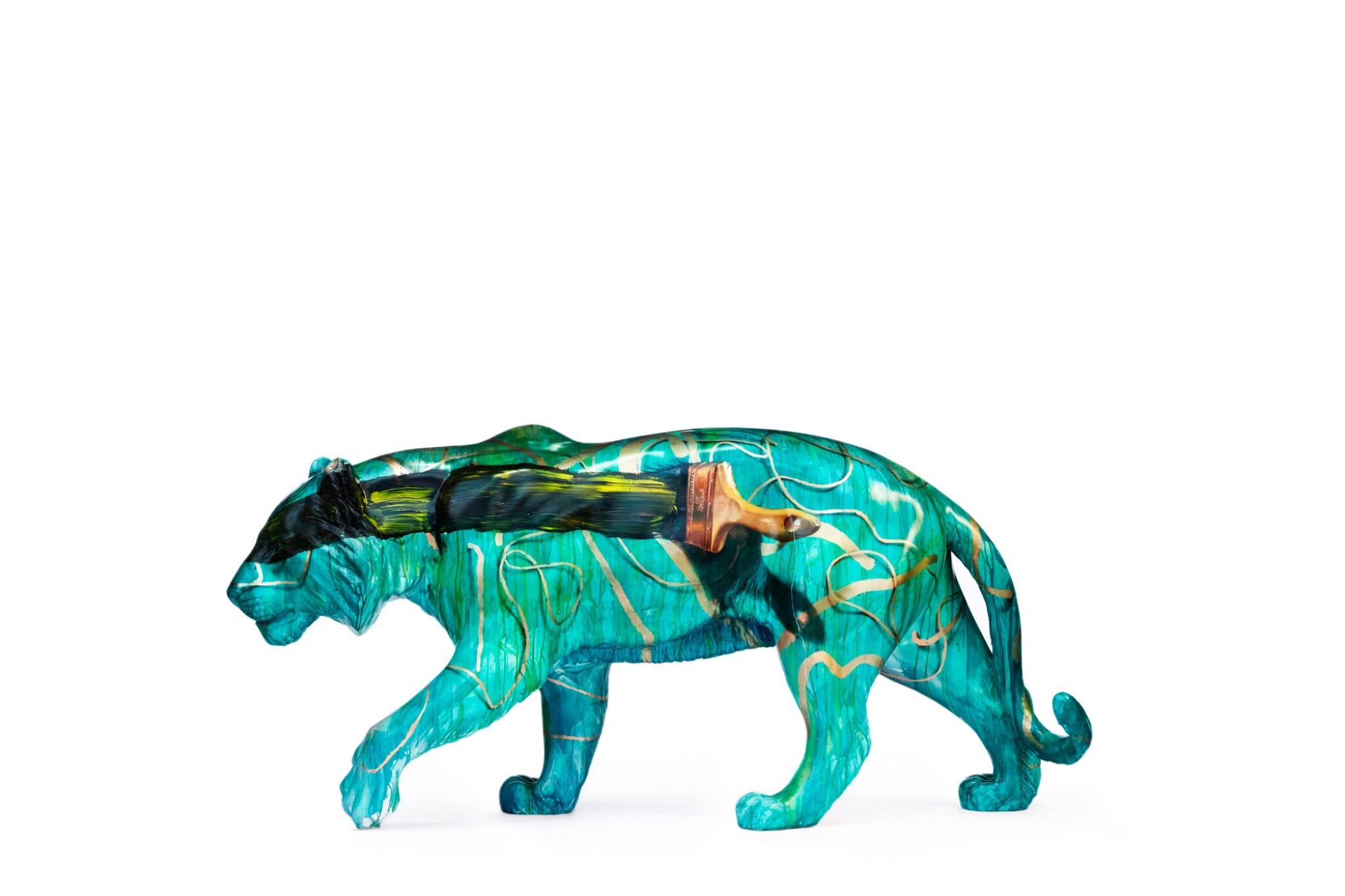 signed (right side of belly)

We, humans, are drying the jungle from its inhabitants like squeezing an old rug. We then cover our sins with fake statements and conventions about the environment. One day the paint will be wiped off and the jungle will be nude as an old dream.

Sara graduated from the Faculty of Fine Arts, University of Damascus in 1998. She has been the recipient of various regional and international art awards, including Fourth Prize in the 2004 BP Portrait Award at National Portrait Gallery in London, First Prize in Painting, The Waterhouse Natural History Art Prize, Australia in 2008, Fourth prize in painting, and Special Mention, Florence Biennial, Italy 2013. In 2010, Sara became the United Nations World Food Programme’s 'Celebrity Partner'. She moved to London with her family in September 2016 under the auspices of an Exceptional Talent Visa where she now lives and works.