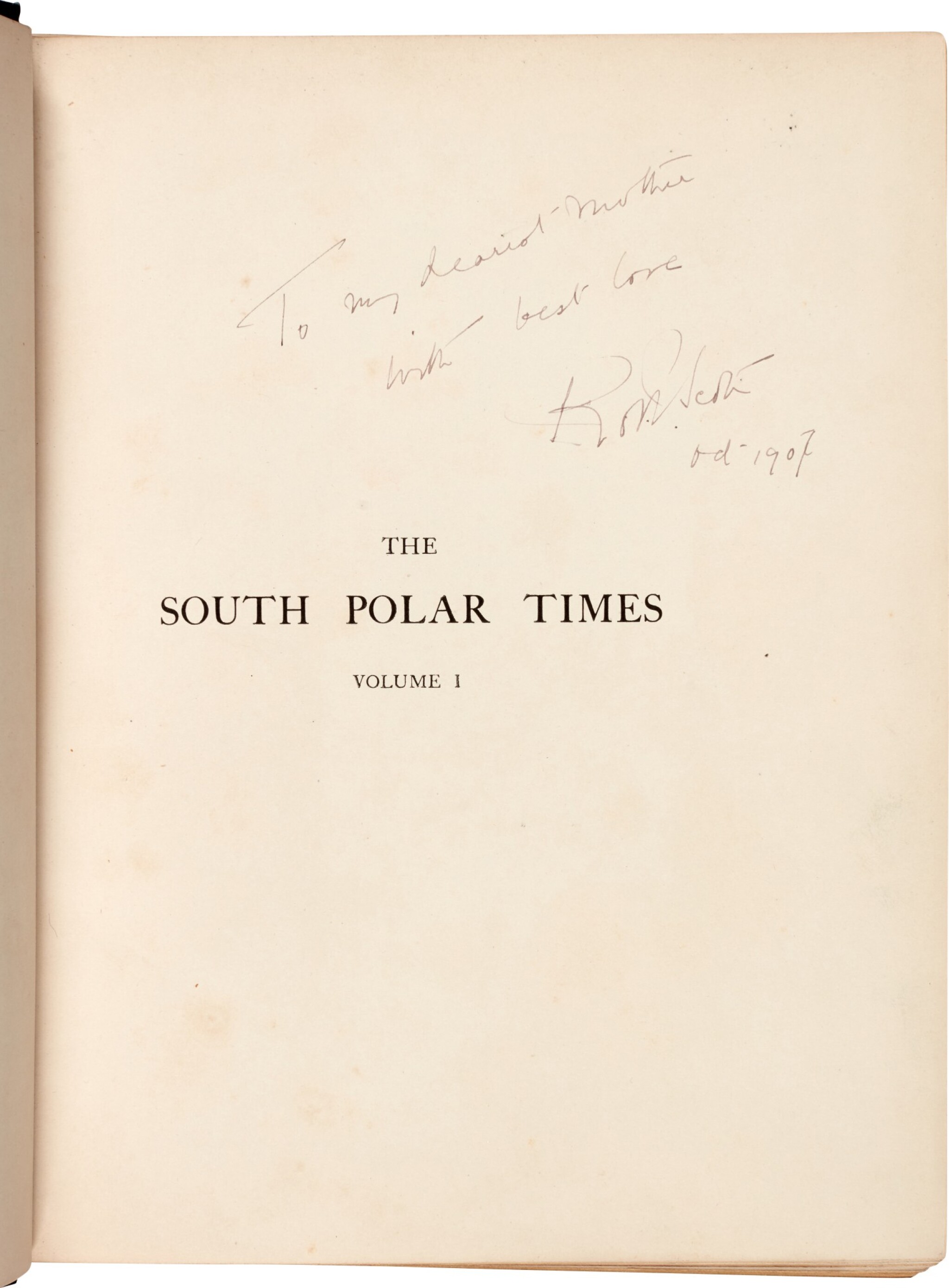 Captain Scott gave the following remark in a description of the publications: "Once or twice lately we have discussed the possibility of these volumes being interesting to a larger public, though there was no such idea in anyone's mind at the start... On the one hand, we have some reading matter and many delightful sketches that would be appreciated all; on the other, it has to be remembered that the humour and many of the references are local and would convey little or nothing to the uniformed reader, however much they may appeal to us "who are in the know."" (Rosove).

volumes 1 and 2: Presented by Captain Robert Falcon Scott to his mother Hannah Scott, inscribed on the half-title of volume 1 "To my dearest mother | with best love | Robert Scott | Oct. 1907".